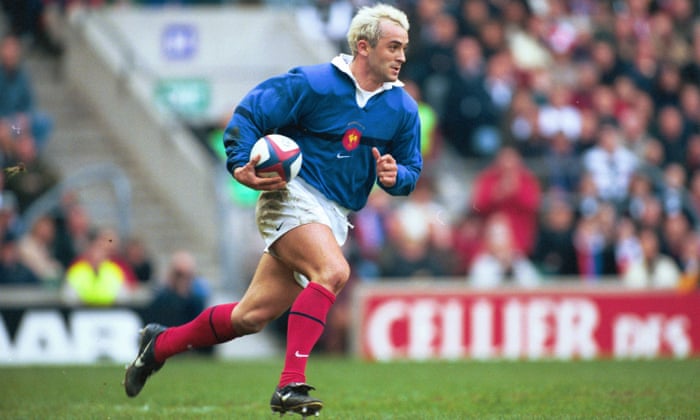 Do they believe it? The coaches who say, in response to complaints on social and mainstream media, that spectators have never had it so good? Like those who believe that a no-deal Brexit will be the best thing for the country since the Glorious Revolution of 1688, they want to believe it.

The past is often seen through forgetful eyes. For all the imprecations for another Barry John, Mike Gibson, Richard Sharp, Jim Renwick, John Dawes, Jo Maso, Warwick Taylor, Mark Ella or Phil Bennett, schemers and thinkers, union was then a slower game with far more stoppages than today, played with a ball that absorbed water and on surfaces that became bald when winter encroached.

A more pertinent question is: who are the modern day equivalents of players capable of turning a game through their reading of it who made their names in the professional age? Players such as Will Greenwood, Mike Catt, Matt Giteau, Conrad Smith, Dan Carter, James Hook, Gregor Townsend, Thomas Castaignède, Jean de Villiers and Seilala Mapusua. Players for whom a gameplan was a guide, not Holy Writ. A difference between the England World Cup campaigns of 2003 and last year was the ability of the former to react when a game was threatening to get away from them, as seen in the quarter-final against Wales 17 years ago.

Is there no room for them any more, with coaches seeking obedience, or is the academy system breeding players who expect to be told what to do rather than express and think for themselves? Even when an open game breaks out, such as Bristol’s festive frolic against Clermont Auvergne last Saturday, there is more than an element of the rehearsed about it, moves worked on in training based on the analysts’ review of the opposition defence bearing fruit.

Spontaneity is scarce, facing extinction like mavericks, players prepared to defy coaches, a group whose captain today is Finn Russell. It was not so much the kicking that blighted the autumn international campaign but that one match become blurred with the next, almost indistinguishable.

Coaches here round on critics by saying that no team kicks the ball more out of hand than New Zealand, a team held up as one of the last bastions of adventure. The statistics show that the tier one nations that kicked the ball most in 2020 were England and France and the two who did so the least, half as much as Europe’s top two teams, were New Zealand and Australia. Conditions are a factor and this has been a year unlike any other, but so is mindset. Eddie Jones has been blamed for England’s failure to go through the gears but, as he pointed out in his autobiography this year, the overall style of play in the Premiership is not what he would wish for. He can only make the most of what he has.

A difference between Clive Woodward in 2003 and Jones in Japan was the squad 17 years ago was largely made up of players who started their careers in the amateur era and were brought up to problem-solve. Today, most of the standout backs are opportunist wings who are able to make a feast out of scraps, such as Cheslin Kolbe and Jonny May.

Now, in a month when concussion has become a major issue again, is the time for players to make themselves heard. Steve Thompson, one of the players who are making a legal challenge after being diagnosed with early-onset dementia, made a telling point last week when he highlighted the demands on international players. England’s World Cup winning hooker said: “When you were with England, they batter the hell out of you, get the best out of you, then hand you back to the clubs who want more out of you because they are paying your wages. I felt: ‘You have to earn it, you have to keep playing.’” 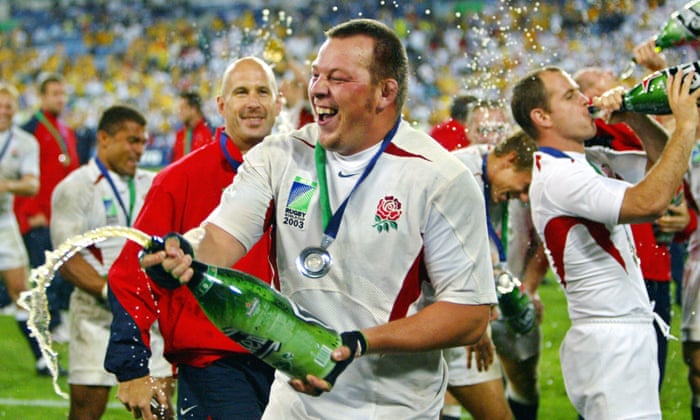 Which is where the prospect of a global season, which would end the clash between club and international rugby, comes in. It would open the way for central contracts in England and France: the RFU would not have to find extra money, because it would replace the £22m-a-year agreement it has with Premiership Rugby over the release of players, and it would be able to control its squad in terms of the number of matches a year and training regimes.

Clubs will resist the removal of a bargaining chip but there has to be change. Players have to put their welfare first and, if it meant a slight drop in income, the reward would be a prolonged career. What they also deserve is a long retirement and the pending legal action being brought by players who have developed early-onset dementia will, whatever the outcome, have an impact from the bottom of the game to the top.

“The legal principle of volenti non fit injuria [to a willing person, injury is not done] is often wrongly quoted in sports litigation,” says David Spencer, a member of the Forum of Insurance Lawyers sports sector focus team. “It does not amount to consent to injury through negligence, which seems to be the basis of the intended claim. Injury is not the first or only element to consider. From a claims perspective, the remaining pillars of duty, breach and causation will be significant hurdles to overcome.

“The prospect of this type of sports-related neurodegenerative injury being considered an industrial disease identifies what might be the most significant battleground in any claim, regardless of the sport. Judicial consideration of medical causation in established areas of industrial disease – deafness, hand-arm vibration syndrome and mesothelioma – has developed over time and through all tiers of the court system. It is difficult to see how claims for neurological injury from sport fit neatly into traditional disease models.

“If the claim is being delivered to governing bodies in the coming weeks, the pre-action protocol for personal injury provides those served with the letter at least three months to respond. Depending on the allegations and the research required, we might expect a comprehensive reply to take longer. Experience dictates it will not be a straightforward or swift process. Given the interest already generated, the repercussions of this claim are expected to be felt beyond professional rugby union and beyond insurers, lawyers and the courts.”