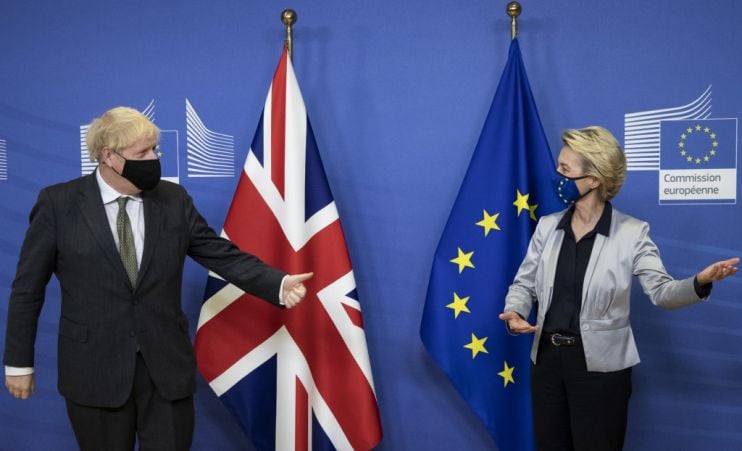 Talks on a post-Brexit trade deal are set to continue through the weekend, as a deadline set by the European Parliament looms.

MEPs have said they need to see the terms of any agreement by Sunday evening if they are going to be able to ratify it before the end of the Brexit transition period on December 31st.

However, it is thought EU leaders could provisionally sign off on a deal if the talks go on beyond that point, with formal ratification taking place in the new year.

France’s European affairs minister, Clement Beaune, suggested on Saturday that Sunday was unlikely to prove to be a hard deadline.

“It would be normal not to say ‘Well it’s Sunday evening so let’s wrap it and sacrifice everything’,” he was quoted as saying by the Guardian website.

“It may be hard and sometimes tough to understand, but it’s necessary to take the time and, at any rate, not to sacrifice our interests under the pressure of a calendar.”

Here is the joint statement just now from @BorisJohnson and @vonderleyen on the situation in our talks with the EU. pic.twitter.com/dYYwAI20Y8

Meanwhile in the UK, MPs are on standby to return to Westminster from their Christmas break if an agreement can be struck in the final days of the year.

Both sides have acknowledged that significant differences still have to be overcome if there is to be a breakthrough.

After months of sparring over the “level playing field” rules on fair competition the final hurdle to be overcome appears to be fisheries.

While the fishing industry accounts for only a tiny proportion of the EU and UK economies it carries huge political resonance on both sides of the Channel.

While the UK says that it is entitled as an independent sovereign nation to take control of its waters, countries like France are determined to defend their fishermen who would lose their livelihoods if they could no longer fish in British waters.

If there is no deal by December 31st, the UK will leave the single market and customs union and begin trading with the EU on World Trade Organisation terms – with the imposition of tariffs potentially leading to higher prices in the shops.

She wants out. He’s not sure. Hong Kong splits apart as China tightens its grip.