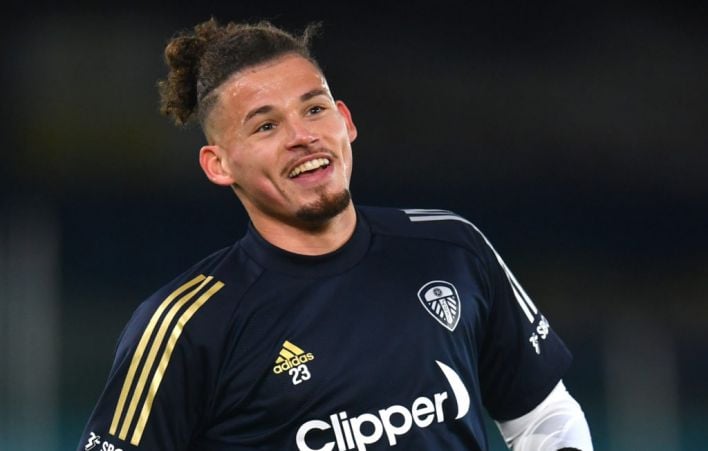 Kalvin Phillips has been making sure team-mates like Raphinha are fully aware of the importance of Leeds’ Premier League clash with Manchester United on Sunday.

One of English football’s most spicy rivalries will be renewed in the league for the first time since 2004 at Old Trafford.

In normal times, Leeds fans would head across the Pennines in big numbers, but, even though the match will be played behind closed doors, that will not lessen the passion of those at home.

Phillips was only eight at the time of that last league meeting but was born in the city and has played for the club since the age of 14 so needs no introduction to its significance.

He told the PA news agency: “I’ve got family members that have been talking about it for two or three weeks now, so I’m just looking forward to getting into it.

“I’ve been trying to tell everyone, the new lads that have been coming in, how important this game is, not just to the club but the fans. We’ve got Raphinha, I’m not sure he knows the importance of the game. I’ve given him a little slap on the back of the head and told him.”

Having finally made it back to the Premier League, Leeds have done a good job of adjusting to the demands of the division and sit 13th after a 5-2 midweek victory over Newcastle.

Phillips said: “We started really well. We had a bad couple of results and it brought us back down to reality. We know that we’re a good team, but we know we have to work hard to win every game and we have to keep on doing that.

“Obviously I’d love to beat Man United, and if that happens then great, but if not then we move on to the next game.”

The game has a further significance for Phillips, who will sport the logo of charity Show Racism The Red Card on his boots.

The organisation has delivered anti-racism education to more than 825,000 people and Phillips is proud to lend his voice to the cause.

The 25-year-old is particularly keen to reach young people, saying: “I think some adults are past the point of wanting to be educated about certain things.

“Especially for young kids who see it on a day-to-day basis where maybe a family member’s quite racist and they don’t understand, they just take to it.”

Phillips’ motivation is also personal in terms of direct experience of racism.

He said: “There’s been the odd occasion where it’s been me but it’s been something I’ve shrugged off and not taken much notice but I’ve got friends that live two minutes away and their next-door neighbours have been racist towards them as they’re going in and out of the house.

💬 "Leeds doesn't ignore what it means to play such a game" Marcelo talks to the press ahead of Sunday's clash pic.twitter.com/XdXgVDV3Dg

“For it to be so close to home, it’s quite sad and quite upsetting. I want to use my platform and who I am as a footballer and a person to try to get it out there and tell as many people as possible about the campaign.”

How football tackles racism hit the headlines again earlier this month when fans of Millwall and Colchester booed players for taking a knee in support of Black Lives Matter ahead of their matches.

The Premier League has committed to teams continuing the action for the rest of the season, and Phillips hopes it will be a long-term commitment.

He said: “I think it’s important for it to carry on because, if we’re going to do it, we need to be consistent in it, we’ve got to do it for as long as possible. We can’t think we’re only going to do it for one season and then next year it’ll be like everything’s all right.

“It’s an ongoing thing and until we see serious changes then I think we should do it.”