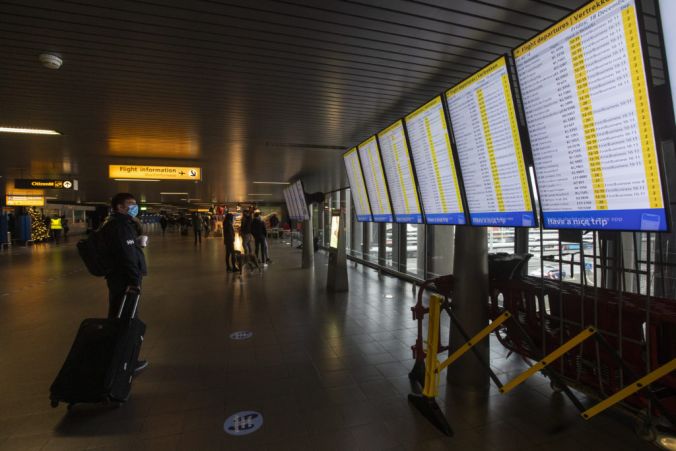 Several European countries are imposing bans on flights from the UK in an attempt to make sure that a new strain of coronavirus sweeping parts of southern England does not reach their shores.

The Netherlands is banning flights from the UK for at least the rest of the year, while Italy’s foreign minister Luigi Di Maio also announced curbs were being imposed.

France said it was banning all travel from the UK for 48 hours in a move that the prime minister’s office said would come into effect from midnight.

In a statement, it said that the short 48-hour period would buy authorities time to find a “common doctrine” on how to deal with the threat. It specified that “flows of people or transport to the UK are not affected”.

Belgium’s prime minister issued a ban for at least 24 hours as the situation was assessed, and Germany said it was banning flights from the UK starting at midnight in response to the new virus variant.

The German government said all UK flights, with the exception of cargo flights, would no longer be allowed to land in the country. The dpa news agency reported the ban would remain in place until at least December 31.

Germany, which holds the rotating EU presidency, also called a special crisis meeting on Monday to co-ordinate the response to the virus news among the bloc’s 27 member states.

The Netherlands ban came into effect on Sunday morning and the government said it was reacting to tougher measures imposed in London and surrounding areas on Saturday by Prime Minister Boris Johnson.

The Netherlands said it will assess “with other European Union nations the possibilities to contain the import of the virus from the United Kingdom”.

Mr Johnson said a fast-moving new variant of the virus that is 70% more transmissible than existing strains appears to be driving the rapid spread of new infections in London and southern England.

“There’s no evidence to suggest it is more lethal or causes more severe illness,” the Prime Minister stressed, or that vaccines will be less effective against it.

The Dutch government is already strongly advising its citizens not to travel unless absolutely necessary.

Britain has alerted the World Health Organisation that the new variant identified this week appears to be accelerating the spread of Covid-19, saying it accounted for some 60% of the capital’s cases.

Viruses mutate regularly, and scientists have found thousands different of mutations among samples of the virus causing Covid-19.

But many of these changes have no effect on how easily the virus spreads or how severe symptoms are.

Belgian prime minister Alexander De Croo said he was issuing the order for 24 hours starting at midnight “out of precaution”.

“There are a great many questions about this new mutation and if it is not already on the mainland,” he said.

He hoped to have more clarity as of Tuesday.

Italy’s health minister, Roberto Speranza, said an order signed on Sunday blocked flights from Britain and prohibited entry into Italy by anyone who had been in the UK in the last 14 days. The order banned plane travel until January 6.

Mr Di Maio tweeted: “As the Government we have the duty to protect Italians, for this reason, after having advised the English (sic) Government, with the health ministry we are signing the measure to suspend flights with Great Britain.”

Austria and the Czech Republic were also imposing new measures against UK flights with Prague announcing stricter quarantine rules with all people arriving in the country having spent at least 24 hours in UK territory required to self-isolate.

And high-speed train operator Eurostar cancelled its trains between London, Brussels and Amsterdam beginning on Monday, but kept trains operating on the London-to-Paris route.

Beyond Europe, Israel also said it was banning flights from Britain, Denmark and South Africa because these were the countries where the mutation was found.

Meanwhile, the European Medicines Agency (EMA) is meeting on Monday to approve the first Covid-19 vaccine for the European Union’s 27 nations, bringing vaccinations closer for millions of EU citizens.

The EMA moved its assessment of the Pfizer-BioNTech vaccine forward by a week after heavy pressure from EU governments, especially Germany, which said that after agency approval it could start vaccinating citizens as early as next Sunday.