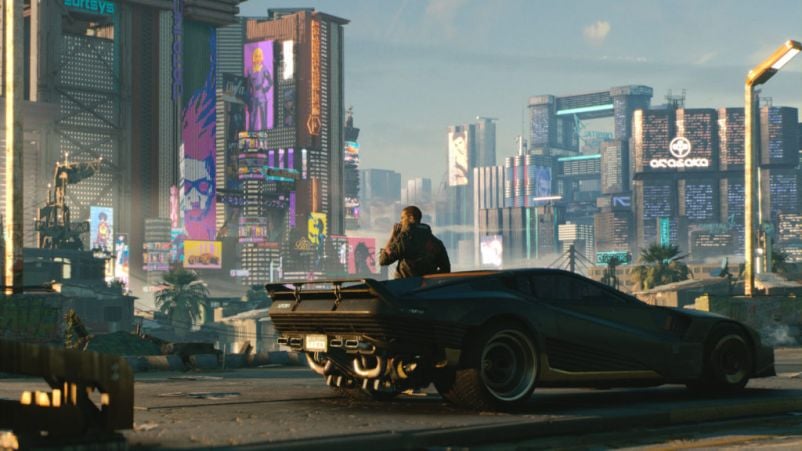 The game was released last week.

Sony has pulled the Cyberpunk 2077 game from its digital store and is offering customers a refund following reports of bugs and glitches throughout the title.

The futuristic open-world adventure game, which stars Keanu Reeves, was released last week on PC, the new PlayStation 5 and Xbox Series X, as well as the previous generation PlayStation 4 and Xbox One.

Players have mostly complained of crashes on the older consoles, such as poor frame rates and screen tearing.

Sony Interactive Entertainment said it “strives to ensure a high level of customer satisfaction” and has removed the game from the PlayStation Store “until further notice”.

SIE strives to ensure a high level of customer satisfaction, and we will begin to offer a full refund for all gamers who have purchased Cyberpunk 2077 via PlayStation Store and want a refund. Please visit the following link to initiate the refund: https://t.co/DEZlC0LmUG.

However, Sony too began experiencing issues of its own, with problems in the form posted online to submit refunds, tweeting: “We’re working to get it up and running as soon as possible.

“SIE strives to ensure a high level of customer satisfaction, therefore we will begin to offer a full refund for all gamers who have purchased Cyberpunk 2077 via PlayStation Store,” Sony said.

“SIE will also be removing Cyberpunk 2077 from PlayStation Store until further notice.”

Earlier this week, maker CD Projekt Red (CDPR) apologised for Cyberpunk 2077’s performance, saying it should have “paid more attention” to how the game played on consoles like the PlayStation 4 and Xbox One.

On Monday, the developer pledged to fix bugs and crashes happening within the game through two major updates early in 2021 which it hoped would satisfy most players, while also offering to help any customers who wish to seek a refund.

“Dear gamers, first of all, we would like to start by apologising to you for not showing the game on base last-gen consoles before it premiered and, in consequence, not allowing you to make a more informed decision about your purchase,” CDPR’s said at the time.

“We should have paid more attention to making it play better on PlayStation 4 and Xbox One.”

Four of the best beauty gadgets offering that at-home glow

Dreaming of a red Christmas – festive silhouettes appear on Mars

6 of the best Christmas films to watch now