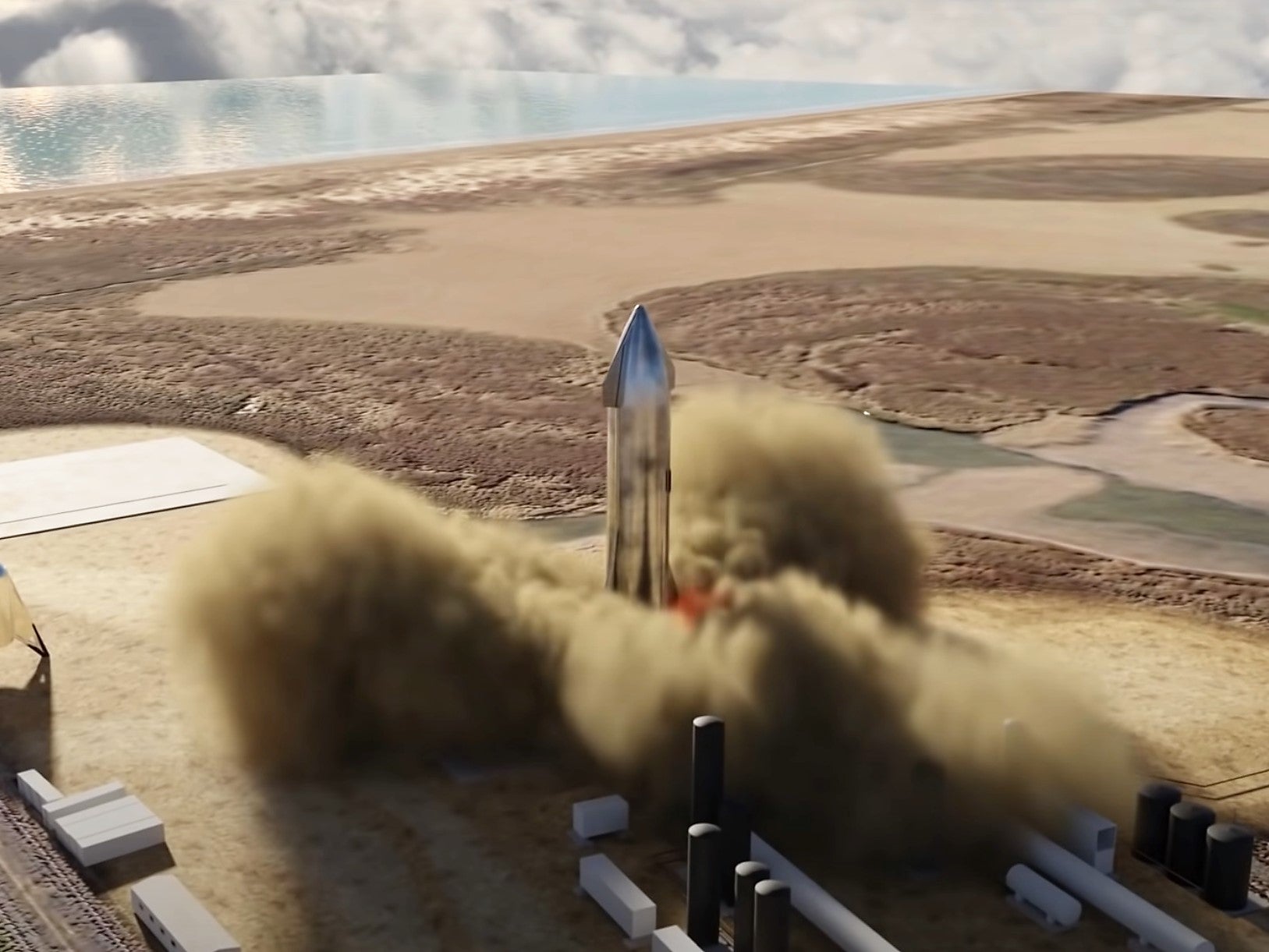 SpaceX will perform the first proper flight test of its Starship spacecraft, which it hopes to use to ferry people to Mars within the next four years.

The 12.5km suborbital flight test will be the first time the ship’s three raptor engines have been fired simultaneously, as well as the first ever attempt of a “landing flip manoeuvre” for a vehicle of this size.

Completing the test will be a key milestone towards achieving SpaceX’s ambitious goal of sending ships to Mars, though CEO Elon Musk warned that it was unlikely to succeed.

Mr Musk said there was only a one in three chance of the Starship SN8 test succeeding. He said the event would be broadcast on a free live stream for anyone to watch, despite the risk of catastrophic failure.

Follow The Independent’s Iive coverage of the Starship test here

“With a test such as this, success is not measured by completion of specific objectives but rather how much we can learn, which will inform and improve the probability of success in the future as SpaceX rapidly advances the development of Starship,” the company stated on its website.

“SN8’s flight test is an exciting next step in the development of a fully reusable transportation system capable of carrying both crew and cargo to Earth orbit, the Moon, Mars, and beyond. As we venture into new territory, we continue to appreciate all of the support and encouragement we have received.”

Earlier this year, Mr Musk announced that Starship would be SpaceX’s “top priority” going forward, as he seeks to achieve his goal of making humanity a multi-planetary species.

Since then, SpaceX has completed a number of key milestones using earlier Starship prototypes, including a 150 metre “hop” that saw it launch and land successfully.

At the current pace of development, SpaceX could send the first Starship craft to Mars as early as 2022, Mr Musk said recently.

Speaking at the Axel Springer Award in Berlin last week, the billionaire entrepreneur said trips to Mars depend on its orbit lining up with that of Earth’s, which takes place roughly every two years.

When asked whether trips would therefore take place in 2022, 2024 or 2026, Musk replied: “I’d say six years from now, highly confident [that humans will travel to Mars]. If we get lucky, maybe four years, and then we’re going to try and send an uncrewed vehicle there in two years.”

He added: “I’m mostly concerned with developing the technology that can enable a lot of people to go to Mars and make lift multi-planetary, have a base on the moon, a city on Mars, and I think it’s important that we strive to have a self-sustaining city on Mars as soon as possible.”

No specific time has been set for the high-altitude Starship flight, though SpaceX has ordered road closures surrounding its facility in Clark County, Texas, for Tuesday and Wednesday between 8am and 5pm local time (2pm to 11pm GMT).

A backup test window has been scheduled for the same time on Wednesday. The event will be live streamed on SpaceX’s official YouTube channel, which will be available at the top of this page.

Elon Musk confirms he has left California and moved to Texas

How to bring back the old internet