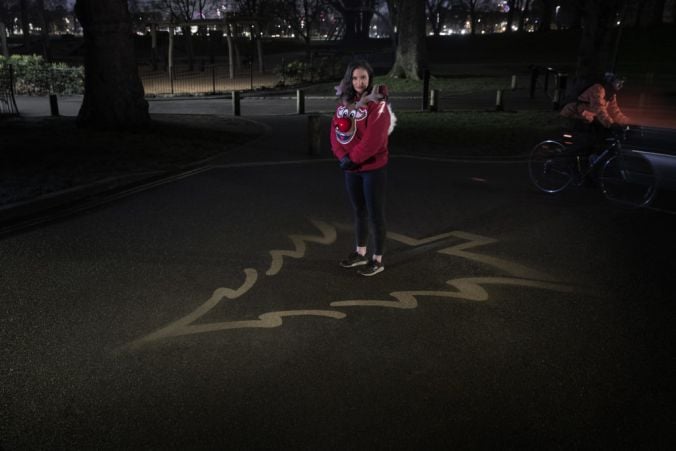 The jumper is not yet available for sale.

Ford has developed a Christmas jumper that allows people to keep a safe distance from others by projecting a festive-themed safe zone.

The prototype technology was originally designed with cyclist safety in mind, marking out the recommended 1.5m that motorists are expected to give space for.

But the car-manufacturer said it could also be useful for pedestrians as safe distances have become a part of the common psyche in 2020.

A reindeer’s antlers, nose and tail featured on the jumper illuminate the floor in the shape of a Christmas tree so that other road users know to give them enough space when overtaking.

Ford revealed the winter wear as part of its Share The Road campaign, especially as cyclists and e-scooter users are more vulnerable at this time of year due to longer periods of darkness.

But as it is just a concept for now, Ford is not planning to make the jumper available for general sale.

Sony pulls Cyberpunk 2077 from PlayStation Store over bugs and glitches

Four of the best beauty gadgets offering that at-home glow

Dreaming of a red Christmas – festive silhouettes appear on Mars