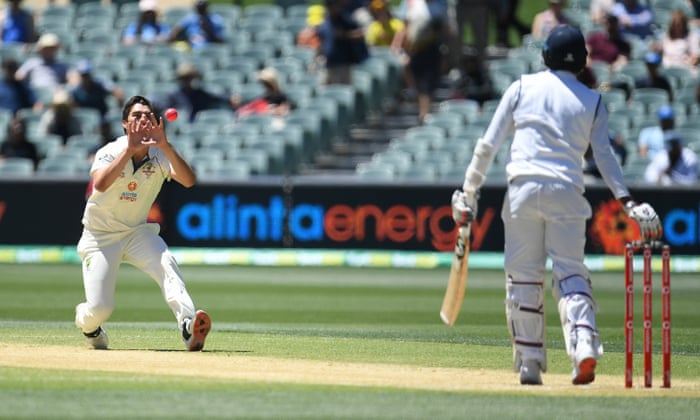 As you meander through a life of cricket, you get to know certain numbers and parts of the historical record as familiar landmarks on your way. You see the 26 that New Zealand made in 1955, or scores in the ’30s that were made in 1896 or 1934, and you nod in recognition of those funny early days.

You think that those numbers are understandable. Big sample sizes have radical outliers. You know that the players in those eras were not professionals. They weren’t athletes. Half of them probably had scarlet fever or had just got back from a World War. They had names like Buster Nupen and Tip Snooke. A touring South African team in 1902 likely just grabbed whoever was hanging around at the docks and taught them deck cricket on the way.

But it’s here, in the Year Of Our Increasingly Demented and Perverse Lord 2020, that the Indian team just got bowled out for 36. The team organised by the richest board in the world, made up of players trained since birth. Players on professional salaries who are confined in a hermetic temperature-controlled bio-bubble, who finish up with their mindset coach before a relaxing evening getting a deep-tissue glute massage and settling in with their sleep specialist.

This is not to scold cricketers for getting out, but to point out how absurdly unlikely it is that professionals of this era could better, or worsen, the efforts of amateurs from a century ago with vastly shorter average lifespans who had never heard of refrigeration and could buy over-the-counter cocaine.

There have only been four team scores in history lower than the 36 that India made at Adelaide Oval on Saturday. In 143 years of Test cricket. As the collapse unfolded it started to feel like Headingley 2019, when bowlers Josh Hazlewood and Patrick Cummins were front and centre again.

But it wasn’t the same. Not just because the 67 that embarrassed England was nearly twice as much as 36, but because that England episode involved a fair bit of self-infliction. There were bad shots, wide swings, Jack Leach’s leg stump, Jos Buttler being hypnotised by the placement of a short cover like a mongoose under the sway of a cobra. For India there weren’t. Just some really good fast bowling, some defensive shots trying to cope with it, and a lot of edges.

Who would have thought the slide would start with Jasprit Bumrah? He began the day with that beauteous opportunity granted to nightwatchmen who have surpassed their primary task. A rare chance to bat for as long as they can, fertile fields rolling away to the horizon. Bumrah steered a couple of runs, defended strongly on the front foot, then was set up: Cummins bowled a bouncer that had Bumrah flinching back, then immediately went full again. This time the forward stride was less definite, the weight was back, and the defensive shot spooned to the bowler.

From there it was all about the outside edge. Nothing more complicated than angling the ball in and getting it to seam away. A little bit of swing helped. Ben Jones of the analysts CricViz documented the amounts of swing and seam for each delivery of the innings, and there was nothing extravagant. It just happened to be consistently on a perfect length, forcing batsmen to defend while also making that a liability.

As he described it, Ajinkya Rahane was out to a ball “pitched up fuller than the previous three, that swung in before seaming 1.4 degrees away from the bamboozled batsman, all while threatening the lacquer of the off stump, all at 139kph.” 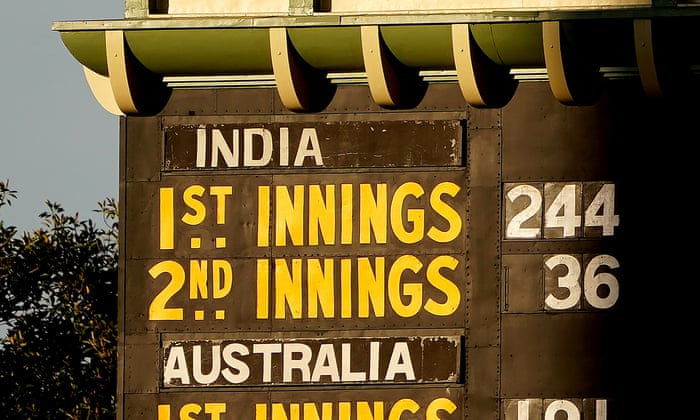 What do you do? The captain Virat Kohli is mostly an equanimous character after losses, but this time he just looked confused. He looked around and blinked as though trying to work out why he was in the shopping centre food court wearing his house coat. “It’s very hard to put those feelings into words,” he said. “I think we should have showed a little more intent today.” It was intent that made Kohli counterattack and flash a catch to gully.

The compounding insult was that the innings didn’t end with a final wicket and a Cummins five-for, but with an Indian bowler in pain. Mohammed Shami doesn’t approach batting with enthusiasm. His usual method leaves his stumps to fend for themselves while he wafts through various gusts of fresh air during an exceedingly short stay. On this occasion he shaped to pull a short ball but wore it on his wrist, like some masochist’s corsage.

On day of England’s 67, after Joe Denly top-scored with 12, I trawled through ancient Test scorecards to see if there was an innings in which nobody made double figures. When New Zealand made that 26, Bert Sutcliffe stuck fat with 11.

There was only one exception. In 1924, South Africa made 30 and Herbie Taylor topped the scoring with 7. Although there were 11 extras that day, so we can at least include Xavier Tras. The Indians of 2020 didn’t get a single extra to add to their score, with Australia bowling 22.1 overs without blemish in Adelaide.

It didn’t take that long in 1924, when England’s Arthur Gilligan and Maurice Tate only needed six overs apiece to wrap it up. There is an encouraging postscript, though. England enforced the follow-on, ready to roll through them again, and had to send down 143.4 overs the second time around. South Africa made 390, a mere 13 times their first innings score. Perhaps India can decide that being down in the depths of the stats list is like being the soil in the plant pot. Start in the darkness, grow towards the light.