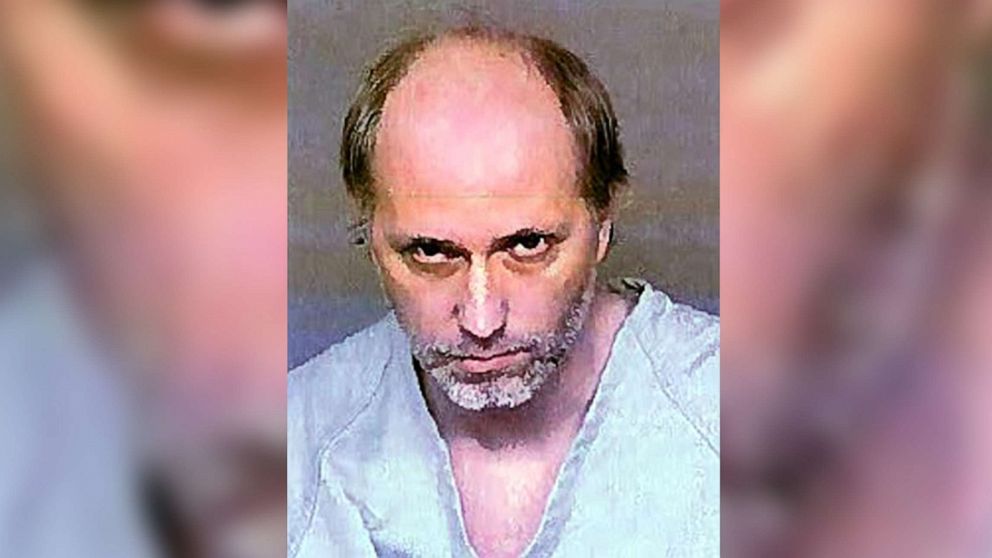 A Virginia man described by authorities as a white supremacist pedophilia advocate was jailed after he allegedly flew cross-country during a raging surge in COVID-19 cases and kidnapped a 12-year-old California girl he “groomed” online.

Within 12 hours of the alleged victim’s parents reporting her missing from their Fresno, California, home, quick-acting detectives teamed up with federal agents to track down 40-year-old suspect Nathan Daniel Larson and rescue the juvenile when their flight to the East Coast landed in Denver for a layover, officials said.

“As a result of this investigation, we have a family who is going to be celebrating the holidays and they won’t have an empty chair. They’ve got their little girl back with them,” Fresno County Sheriff Margaret Mims said during a news conference Saturday.

Mims said Larson of Catlett, Virginia, who once served a prison sentence for threatening to kill the president of the United States in 2008, is facing felony charges of kidnapping, child abduction, soliciting child pornography from a minor, and meeting a child for the intention of sex.

Mims said Larson is being held in a Denver jail on a misdemeanor charge of harboring a juvenile. An extradition hearing has been scheduled in Denver for Dec. 24.

It was unclear on Sunday if Larson has hired an attorney.

Reach by phone on Sunday, a man who identified himself as Larson’s father, Arthur Larson, would only say he is aware his son was arrested on charges of kidnapping and declined further comment.

Authorities said the alleged Fresno kidnapping occurred this month when Larson flew to California to carry out the final stages of what Mims described as a “heinous crime.”

“He used multiple social media platforms to communicate with our victim from Fresno,” Mims alleged. “During the past two months, Larson was able to convince the Fresno girl through manipulation and grooming to send him pornographic images of herself.”

Larson flew to Fresno on Dec. 14, and immediately took a ride-share car to the victim’s home, Mims claimed. Larson allegedly persuaded the girl to sneak out of her house around 2 a.m. and had the ride-share driver drop them off at the Fresno Yosemite International Airport.

Mims said Larson allegedly disguised the victim in a long wig and instructed her on how to avoid attention.

“He told her to act as though she was disabled and unable to speak to ensure she would not converse with anyone at the airport while making their way onto the airplane,” Mims said.

When the girl’s parents noticed her missing, they called the police. Mims said an acquaintance of the alleged victim told investigators the girl had been in contact online with Larson.

She said the case was turned over to the Central California Internet Crimes Against Children Task Force. The sheriff said “quick forensic and detective work” led authorities to the Fresno airport, but by that time Larson and the victim had already departed on a flight.

Fresno Yosemite International Airport Police Chief Drew Bessinger said surveillance video captured the suspect and girl boarding a flight to Washington, D.C., that had a scheduled layover in Denver. He said shortly after Denver police were notified to be on the lookout for the suspect and the alleged victim, an officer assigned to the local FBI Task Force arrested Larson at the airport and rescued the girl.

“The cooperative effort of all of our law enforcement agencies truly saved this child’s life,” said Bessinger, adding that the federal Department of Homeland Security was also involved in the investigation.

Mims said the victim was reunited with her family that same day.

She said while the victim was not physically harmed during the ordeal, investigators uncovered evidence of “inappropriate activity” between her and Larson.

“That’s going to help bolster the current charges we have through the DA’s office,” Mims said.

On Dec. 17, investigators served a search warrant on Larson’s home in Virginia. During the search, Larson’s 69-year-old father, Arthur Larson, was arrested after he allegedly assaulted a Homeland Security Investigations agent, Mims said.

“He is a white supremacist and a well-known advocate for pedophilia,” Mims alleged. “This is a man who runs a website, which encourages the raping of children and sharing of naked photos and video of children being raped.”

She said that in 2008, Larson, while living in Boulder, Colorado, sent an email to the U.S. Secret Service threatening to kill the president of the United States.

Larson pleaded guilty in May 2009 to charges of threatening to take the life of, and to inflict bodily harm upon the president, according to a Department of Justice press release. Larson sent the U.S. Secret Service an email detailing that he planned to assassinate the president, but was not clear if he meant George W. Bush, who was president at the time, or then-President-elect Barack Obama.

“In response to the threat, the Secret Service went to interview Larson. During the interview, Larson said that he stood by what he said, and that he was serious about carrying out the threat. It is important to note that he had taken no action to carry out or effectuate the actions threatened by the email,” according to the DOJ press release.

Larson was sentenced in May 2009 to 16 months in federal prison.

In 2017, Larson launched a losing campaign as an independent candidate for a seat in the Virginia House of Delegates about a year after then-Virginia Gov. Terry McAuliffe restored voting and other civil rights to thousands of felons. In 2018, Larson launched a failed bid in Virginia to win election to Congress.

The sheriff said investigators suspect Larson has preyed on other children and implored possible victims and their parents to come forward.

“It’s obvious that Larson had the ability to be in contact with children across the nation and the willingness and the means to travel to abduct them,” Mims said. “We believe that there are other victims out there.”