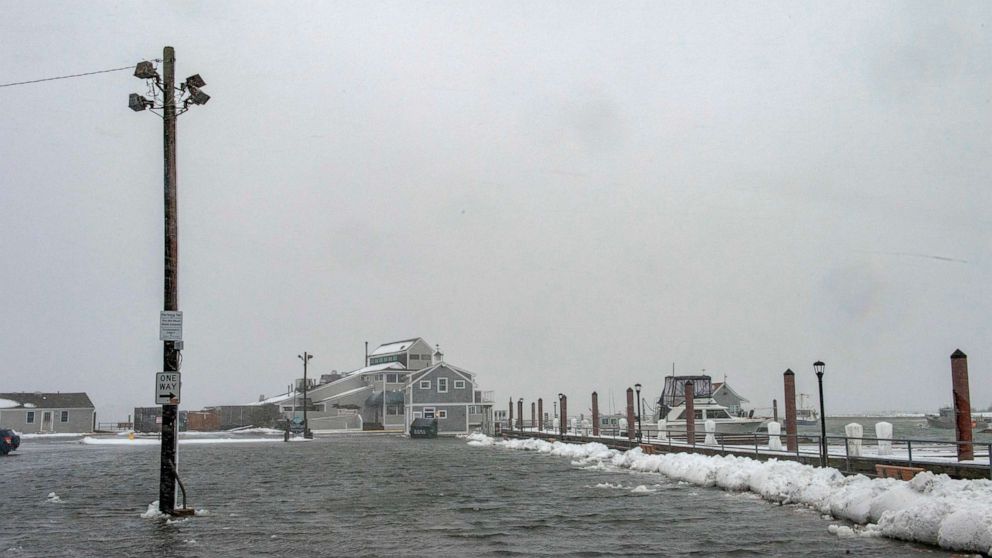 A new storm will hit the West Coast Monday before moving across the country. It is set to bring extreme weather such as snowfall, severe thunderstorms and rain that may cause flooding.

Washington and Oregon could see landslides as the storm moves through Monday afternoon and night. Oregon already saw a landslide Sunday, which shut down its historic Columbia River highway.

An avalanche warning has been issued from Oregon to Montana, where some areas could see up to 30 inches of snow.

By Wednesday, the storm will be in the Central U.S. It will likely bring heavy snow near the Great Lakes and heavy rain with thunderstorms from the Ohio Valley to the Gulf Coast.

Some of the thunderstorms could become severe along the Gulf Coast.

By Christmas Eve, the storm will make its way to the East Coast with heavy rain and strong winds. Flash flooding may occur.

To the South, from the Carolinas to Florida, there could be strong thunderstorms with damaging winds and a few isolated tornadoes.

Behind the storm, Arctic air will turn rain to snow from western New York to western Pennsylvania and into West Virginia.

More than a half a foot of snow is possible from the Upper Midwest, through the Great Lakes and into the Northeast.

Wind chills will drop below zero degrees for the western Great Lakes and parts of the Midwest, with teens all the way down to Oklahoma and Arizona.

The Arctic blast will shift to the East for Christmas.