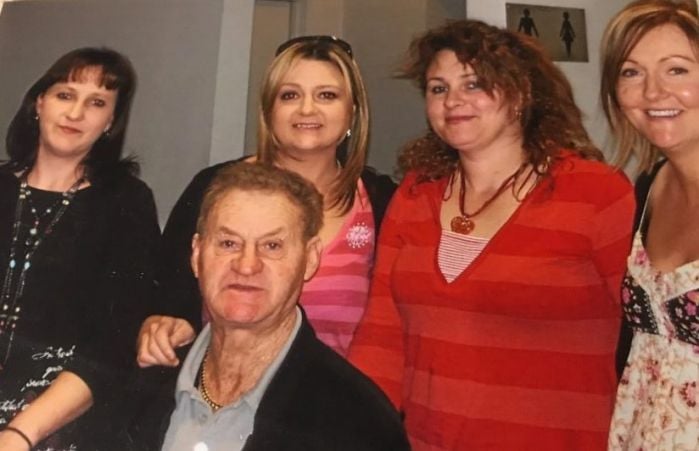 An 80-year-old man who left Ireland 60 years ago is hoping he can make his Christmas wish come true by finding a sister he has not seen since he was a teenager.

Martin Farrell, who was born in Poormansbridge, Abbeyleix, Co Laois in 1940, now lives in Melbourne and is desperate to find his beloved older sister Catherine ‘Kathleen’.

The death of Mr Farrell’s youngest sibling Johnny at the age of 74 last Christmas Eve in Sydney has heightened his own sense of mortality and reawakened his desire to locate his sister.

“Johnny, the youngest of the family, came out to Australia with me. We were close and I suppose his death has made me think more about my siblings and my family life.

“I would dearly love to know what happened to Kathleen even if she has already passed away,” said Mr Farrell speaking from his home in Melbourne.

Mr Farrell’s journey to this stage of his life has not been an easy one.

One of a family of eight children, Martin and his siblings did not have an easy upbringing. Through no fault of his parents Martin and Catherine (nee Harding) from Ballacolla, had to place six of their eight children in Industrial schools in Kilkenny and Clonmel.

The family of eight siblings included Mary ‘Sis’, Carmel, Michael, Jimmy (whose whereabouts are also unknown) Catherine, Martin, Paddy and Johnny. All were born 18 months apart. Kathleen was next in age to Martin.

“It’s not that my parents didn’t want us, they just couldn’t cope. They managed to keep two of us at home. The eldest and youngest children.

“My dear mother was always in hospital and my father couldn’t manage on his own, so what happened was totally understandable,” explained Mr Farrell.

“We were split up so the siblings found it difficult to keep in touch. Kathleen was in a girl’s industrial school in Kilkenny and I was in a boy’s one there too, but then I was sent to Clonmel as I grew older.

“When the majority of us left the industrial schools, we went back to Abbeyleix but we were like strangers to one another,” he said.

Kathleen was sent nursing in Dublin and then left to live with a sister of his mother in Pinner, north London where she continued working as a nurse.

“All I know is that she visited Abbeyleix once after she moved to London and that’s all I know. I have a photograph of her in her nurse’s uniform and I believe it’s from her time in London. 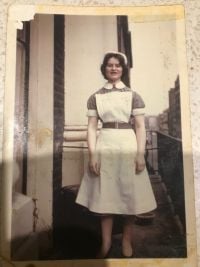 Martin’s sister, Catherine ‘Kathleen’ pictured in her nursing uniform, which Mr Farrell’s believes was taken during her time in London.

“Kathleen could very well be in Australia for all I know,” Mr Farrell reflected.

Mr Farrell as a 17-year-old moved to Dublin and worked on the building sites for a time before emigrating to the UK, spending time in the north of the country before moving to London for several years, again working in construction and later meeting his future wife – a Cork woman.

However, the couple are now separated but have four daughters: Fiona, Laura, Maureen and Siobhan, who all live in Australia.

“At that time the Australian government was offering to pay the fare for people to go and work out there, around £10, so we decided to go and so too did my brother Johnny.

“Back then there were no mobile phones or Internet so obviously it was much more difficult to keep in touch.

“We arrived in Melbourne and I’ve lived here ever since working in the same business. When Johnny passed away, my daughter Fiona knew his death affected me, so she began to ask me more about my family in Ireland.

“She encouraged me to place the only photograph I have of her on Facebook in a bid to find her or else know how her life ended up. We have several people making contact and it has been shared all over the place, even in the US but no concrete information about her has emerged.

“It really would ease my mind, to know what became of Kathleen as I was very close to her when we were children,” said Mr Farrell as he reflected on memories past.

“All I want is peace in mind and to know I may find out what happened to Kathleen”.