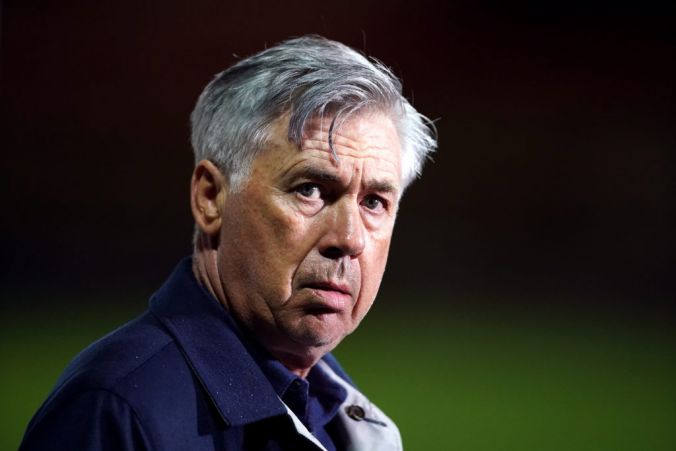 Everton manager Carlo Ancelotti has his eyes on making history by winning the one major domestic trophy which has evaded the club.

However, he will have to get through their Carabao Cup quarter-final against Manchester United without playmaker James Rodriguez as his recovery from a calf problem takes longer than expected.

Since reaching the final in 1984, the Toffees have managed just three semi-final appearances and last season they fell short at the last-eight stage after a penalty shoot-out defeat at home to Leicester.

“Yes, we give a lot of importance to this competition. We are in the quarter-finals, two games to the final, and it would be fantastic for us to play a final so we are going to put out our strongest team,” he said.

“We want to fight for this. Tomorrow is an important game of an important competition that Everton have never won in their history and we are not so far (away).

“In a good moment we are going to play against really tough opponents who beat us a few weeks ago here.

“It is a great opportunity to show the momentum.”

After three Premier League wins in eight days, Ancelotti could argue his strongest line-up does not include Rodriguez, who is set to miss his fourth successive match with a calf problem.

The Everton manager has been vague about the Colombia international’s return, suggesting it could be Boxing Day at Sheffield United or the visit of Manchester City two days later, but insists he is not worried by his ongoing absence.

“James is not available. We are not concerned, we are sad because James is an important player for us,” added the Italian.

“But if he is not ready to play we don’t have to push and force him to come back, we have to wait a little bit so he can recover well and properly.

“The season finishes in May and not only for James but other players they need to have a proper rehab to avoid problems in the future maybe when the season will be more important than now.

“I think at least he can be available for the next game or for the game after. We have games every three days.

“He is working individually so he has to start to work with the team before he starts to play.”

Having been picked apart by United’s Bruno Fernandes in their meeting at Goodison at the start of November, Ancelotti is wary of his inherent danger, although he could be afforded not having the worry as the Portugal international is set to be rested.

“I learned if you leave space for him we are dead,” said the Everton boss.

“We have to avoid leaving space because he is doing really well and is a fantastic player and is the key point for Manchester United at this moment. We have to take care of this.”

Ancelotti also revealed another of his injured players, Lucas Digne, is set for a contract extension.

“The situation is we are pleased to offer a new contract to Digne because he is an important player for the present and the future and the club are going to talk to him,” he said.

“I think it will not be a problem to renew the contract because he is happy to be here and we are happy with him.”