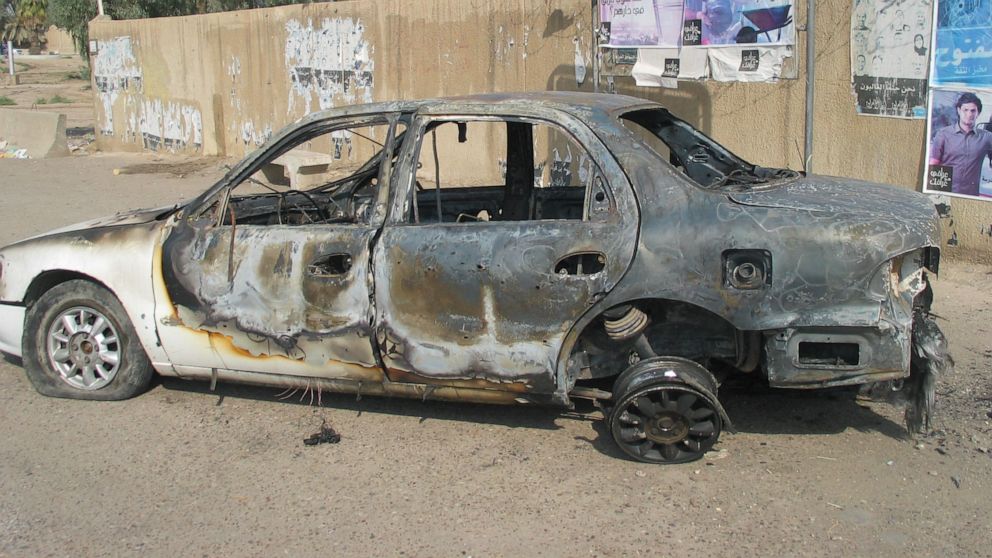 LONDON and BAGHDAD — When news broke that Mohammed Kinani’s son’s killers, Blackwater private military contractors hired by the U.S. government in Baghdad, were pardoned Wednesday by President Trump, Kinani said it was like losing his 9-year-old boy all over again.

“I don’t know what I did to Blackwater,” Kinani told ABC News. “Did I know Blackwater before? No. Why did this happen to me?”

President Donald Trump pardoned four private military contractors who were found guilty for murdering 17 Iraqi citizens, including two children, in an attack that also left over 20 injured. The decision was praised by the contractors’ lawyers but has shattered the lives of the victims’ families, Kinani included.

In September 2007, four men working for Blackwater, a private security company, opened fire on an unarmed crowd in Baghdad’s Nisoor Square. The killings sparked international outrage. Paul Slough, Evan Liberty, Dustin Heard and Nicholas Slatten maintained their innocence, with defense lawyers arguing they were returning fire. The men were sentenced to 30 years in prison, with Slattern sentenced to life in jail in 2014.

Kinani, whose son Ali was killed in the massacre, told ABC News the news was a betrayal of the U.S. justice system and left the window open for others to act with impunity in the future.

“The president of the United States — he is above the law,” Kinani said.

Jassim Muhammad Hashem Muhammad, an official at the Iraqi Interior Ministry who was left severely disabled from the shootings, told ABC News the pardoning would likely prevent him from getting the compensation he needs. Other victims’ families told ABC News they would march in the streets to protest the decision.

Iraq’s ministry of foreign affairs said in a statement Wednesday that it will urge the U.S. government to “reconsider this decision.”

“The Ministry believes that this decision did not take into account the seriousness of the crime committed and was inconsistent with the U.S. administration’s declared commitment to the values ​​of human rights, justice and the rule of law, and regrettably ignores the dignity of the victims and the feelings and rights of their relatives,” the statement said.

“These military contractors were convicted for their role in killing 17 Iraqi civilians and their actions caused devastation in Iraq, shame and horror in the United States, and a worldwide scandal,” Hina Shamsi, director of the ACLU’s National Security Project, said in a statement to ABC News. “President Trump insults the memory of the Iraqi victims and further degrades his office with this action.”

“These are people who should stay in jail,” he said. “I feel Iost today. I feel as if something is up[side] down. I just remember every detail about what happened. It’s really hard to live with this … and this really broke my heart.”