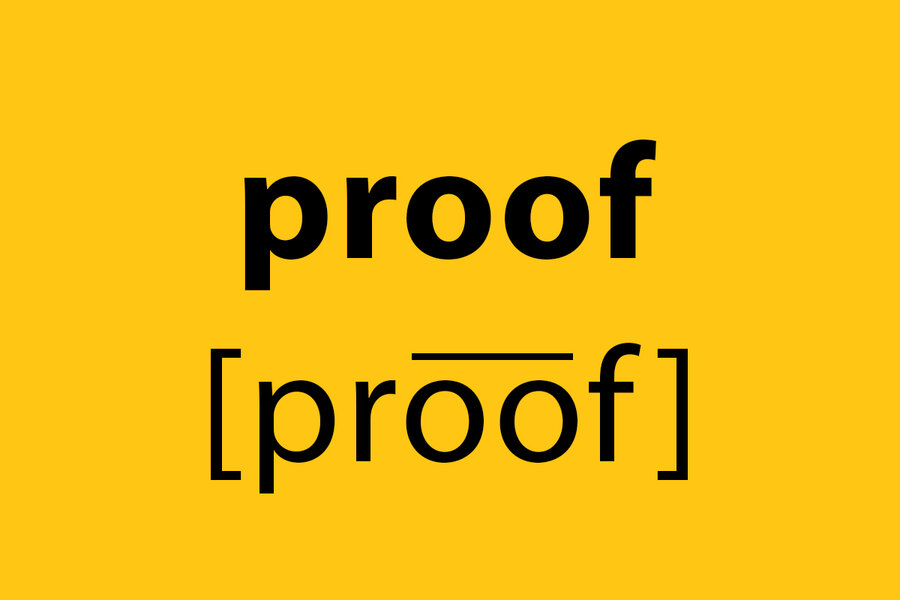 When interviewed in November about efforts to reform the Baltimore Police Department, a resident responded: “The proof is in the pudding. You’ve checked all the boxes. Now the work has to begin, and are you really in earnest going to do the work?” In other words, he will believe in the efforts when he sees some reforms. The strange phrase – the clue is in the custard? – is just one of many odd and interesting food idioms in English.

The contemporary iteration of the phrase likely brings to mind modern interpretations of proof and pudding. But the original proverb, “the proof of the pudding is in the eating,” doesn’t use these words as most Americans or British people understand them today. Pudding is a boiled meat-fruit-bread “cannonball” (as we saw last week), and proof is “test.” The proverb thus means, according to Merriam-Webster, that “the real worth, success, or effectiveness of something can only be determined by putting it to the test by trying or using it … just as the best test of a pudding is to eat it.”

As proof and pudding changed meanings over the centuries, English speakers remembered what the proverb was supposed to signify, but forgot exactly why. It got garbled into “The proof is in the pudding,” which bothers many language mavens because, as one bemoans, “it makes no sense.” It does make some kind of sense, though, when proof means “evidence” and not “test.”

If the proof isn’t in the pudding, eating humble pie might be required. “Humble pie” sounds like a metaphor but it was a real dish. Numbles, or umbles, was a 14th-century word for “offal,” usually the entrails of a deer. In the Middle Ages, the consumption of venison was regulated by a strict class hierarchy. Noblemen took the best parts of the fattest deer for themselves, the forester and the best hunter got the shoulders, and so on, down the social scale. Where the numbles fit in, though, was a point of contention. According to some sources, numbles should be given to the hunting dogs and to any area peasants; in others, they are described as some of “the choicest parts of the stag” and given to “the lord of the hunt.” “Umble pie” was thus a humble food, with connotations of poverty and social inferiority, or the exact opposite, a dish worthy of a nobleman’s table.

“To eat humble pie” is a 19th-century expression, however, and at that point in history the umbles were decidedly “the food of inferiors,” as one lexicographer put it in 1830. Humble as in “modest” and umble as in “offal” sound the same in h-dropping dialects of English as well, so whichever way you slice it “eating humble pie” signifies “making a humble apology and accepting humiliation.”

Next, we’ll try to figure out what apple pies have to do with neatness, and why people strive to bring home the bacon.