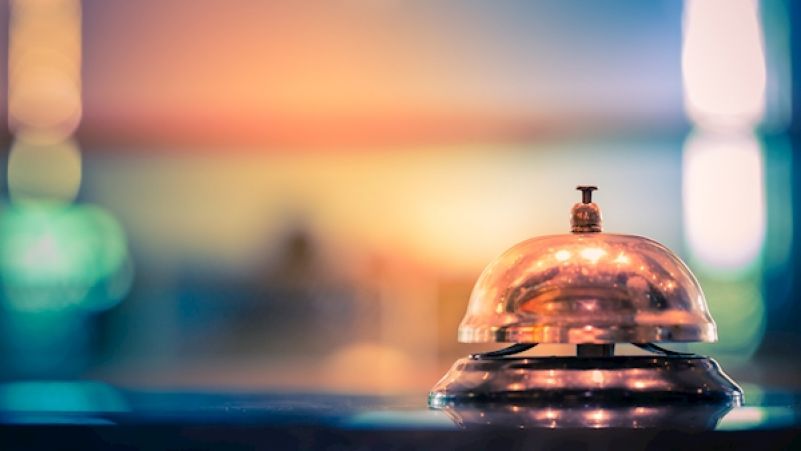 Hotels can only open for essential, non-social, non-tourist purposes after Christmas Eve.

The president of the Irish Hotels Federation (IHF) has called on the Government to “stand tall” and provide further supports for hotel staff as the country enters Level 5 restrictions.

The hotel industry has been hit hard by the Covid-19 pandemic and revenue from the Christmas period will now be affected as hotels may only open for essential, non-social, non-tourist purposes after Christmas Eve.

IHF president Elaina Fitzgerald Kane told BreakingNews.ie: “The timing couldn’t be worse. We’ve worked really hard at adhering to the guidelines and I think our staff have been amazing, our guests have been fantastic as well and everybody wanted to make it work.”

Ms Fitzgerald Kane said every sector must follow public health guidance, however, she expressed frustration at hotels being told to close again given the small amount of outbreaks that have been linked to the sector.

Government are going to have to stand really tall given how disproportionately affected we are again.

“When you look at the HSPC [the Health Protection Surveillance Centre] statistics, which are the only verifiable statistics, there have been 12 outbreaks in hotels out of 10,150 outbreaks in total. Don’t get me wrong it’s 12 more than what you’d like to have but it’s exceptionally small compared to other sectors and so there’s a real sense that it’s another fairly disproportionate response and our concern would be that the availability of controlled settings is taken away, where are people going to go?”

She feels the uncertainty around the situation is being worsened by Government announcements, adding that Tánaiste Leo Varadkar’s claim that the restrictions could last for two months was unhelpful.

“The announcement was made and then later on the Tánaiste said it could be two months. Why can’t people be up front? There’s a lot of kite-flying going on, the anxiety caused by that only adds to the difficulties. We feel like we are being disproportionately affected.”

“Prior to this, there were 270,000 people working in tourism, one in ten of all jobs, 70 per cent of those jobs are outside of Dublin so it’s a huge regional issue. The evidence just doesn’t support the scale of how sector-specific the closure has become,” she added.

Ms Fitzgerald Kane feels the hotel industry is not being sufficiently supported under the current Government schemes.

“In July, the EWSS [Employment Wage Subsity Scheme] was announced, then it took a while to realise this is going to be at a lower subsidy level than the TWSS [Temporary Covid-19 Wage Subsidy Scheme] was. It kicked off in September and after kids returned to school, demand was going on a downward spiral. Some places never even got going in terms of demand, Dublin city properties and other urban areas never got going to a sustainable level.”

She said the COVID-19 Restrictions Support Scheme (CRSS) is not sufficient for hotels where revenue is down by 75 per cent or more.

“The CRSS was never designed for the circumstances we faced, nor was it tweaked. It doesn’t recognise the scale of the restrictions.

“It was supposed to be for hospitality but hotels were excluded when we went to Level 3, now we’re back in apparently, so we’re wondering if we’re entitled to it for the weeks we’ve been opened?

“If you’re 75 per cent down in revenue it doesn’t matter what level you’re at, the reality is your revenue is down because of restrictions. Whether that means guests can’t come from overseas, if you’re a hotel that specialises in weddings and functions, etc. It’s almost like it was sneakily taken away, I find that difficult. We’ve been honest in our approach and it just feels like we’re on the back foot all the time.

“Government are going to have to stand really tall given how disproportionately affected we are again.” 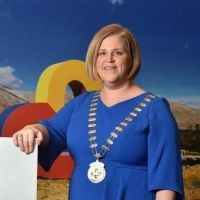 Ms Fitzgerald Kane said the two main issues would be people who were planning to meet family and friends in hotels now moving to uncontrolled environments and the need for additional Government support.

“There are two main issues. Now that hotels and guesthouses are closed, where are people going to go? How is that going to be managed? The only alternative is going underground or to uncontrolled settings.

“The second issue is that the sector-specific supports are not fit for purpose.”

“Locals would often come and stay [in hotels], rather than going to parents’ houses and bringing kids with them. They were trying to be responsible, now that infrastructure has been taken away,” she concluded.

Home prices across India fall 2.3 per cent in six months

Ryanair to reopen Shannon base with 14 routes next year

Check Also
Close
Live COVID-19 statistics for
World
Confirmed
78,692,866
Recovered
44,313,601
Deaths
1,730,560
Popular Posts
Facebook Twitter WhatsApp Telegram Viber
Back to top button
Close
Popular Posts
Most Commented
x
More Information
We and our partners use technology such as cookies on our site to personalise content and ads, provide social media features, and analyse our traffic. Click below to consent to the use of this technology across the web. You can change your mind and change your consent choices at anytime by returning to this site. Read more
I accept
Cookies Settings
Cookie Box Settings
Cookie Box Settings