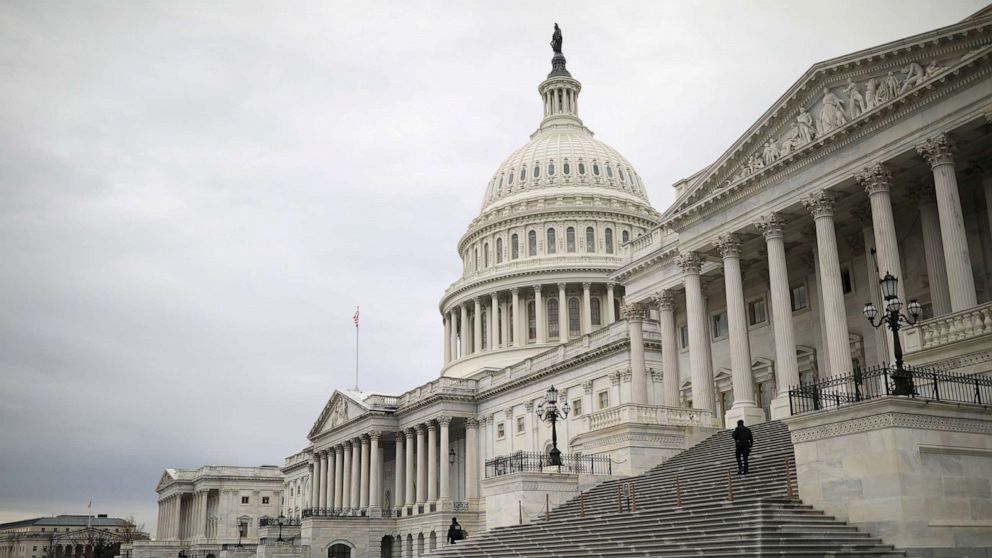 It would qualify as audacious to expect hope in anything other than small packages this dismal year.

So it is surprising that Washington heads into the holidays with some of the best news it’s been able to deliver in some time.

COVID-19 vaccine development has brought historic breakthroughs, as dramatized Friday morning when Vice President Mike Pence is scheduled to get his first shot live on television.

Bitter post-election fights over the integrity of the vote are sputtering to a close, with Monday’s Electoral College vote providing a pivot point for Republicans to accept former Vice President Joe Biden as president-elect.

And Congress is closing in on deals to keep the government open and provide new rounds of COVID-19 relief, though not without some drama that could drag things close to Christmas.

There are more than enough reasons for despair as a long winter begins. Few, least of all Biden and his team, are mistaking positive signs for a breakthrough of bipartisanship — certainly not so long as President Donald Trump’s grip on the GOP continues.

Something else that made this week stand out: Trump has said almost nothing in public. He’ll make plenty of noise over the next month, but a post-Trump world might be coming into view.

If confirmed as his secretary of interior, New Mexico Congresswoman Deb Halaand would be the first Native American to lead the agency responsible for interfacing between the federal government and tribes.

Halaand is a member of the Pueblo of Laguna, and the move signals a potential turning point in our nation’s history, a fundamental shift in how Indigenous people and their governments may be able to relate back to Washington.

The Department of Interior is one of the county’s oldest agencies and with responsibility over parks, public lands and natural resources. Closely tied to the progressive movement, Haaland is expected to pivot the agency away from fossil fuel development and toward combatting climate change, too.

Voters from Navajo Nation played a pivotal role in delivering the swing state of Arizona for Biden and, in one way, the decision could also be seen as an acknowledgement of how diverse voters from Indian country coast-to-coast helped him win in November.

The TIP with Molly Nagle

President-elect Joe Biden is continuing to roll out his “cabinet of firsts”, filling 18 roles of what he promises will be “the most representative of any Cabinet in American history.”

“We’ll have more people of color than any Cabinet ever. We’ll have more women than any Cabinet ever. We’ll have a Cabinet of barrier breakers,” Biden said Wednesday at an event introducing one of those barrier breakers, former 2020 rival Pete Buttigieg, who would be the first openly gay U.S. Cabinet secretary if confirmed by the Senate for secretary of transportation.

Biden has already delivered on those metrics with a new slate of climate nominees announced Thursday night, which also include Haaland. To date, Biden’s Cabinet picks include 11 persons of color and 10 women. If all are confirmed, he would beat the previous records of diversity held by President Barack Obama, who had 10 persons of color in his Cabinet, and Bill Clinton, who had nine women serve in his Cabinet during his second term.

With five positions yet to be named, those margins could increase, but the historic pick could also give Biden leeway when naming his remaining positions, including his attorney general, for which outgoing Alabama Sen. Doug Jones and former Supreme Court nominee Merrick Garland are reportedly top contenders.

FiveThirtyEight Politics podcast. President Donald Trump has been the sun around which our political and cultural thinking has orbited for the past five years. According to one count, more than 1,200 books were written about Trump during his first term in office, compared to 500 books about President Barack Obama during a similar period. After all that coverage, what did we actually learn? To answer that question, in this installment of the FiveThirtyEight Politics podcast, Galen Druke speaks with Carlos Lozada, the nonfiction book critic at The Washington Post. He read about 150 books from the Trump canon and reviewed them in his book, “What Were We Thinking: A Brief Intellectual History Of The Trump Era.” https://53eig.ht/3p3986V

The Note is a daily ABC News feature that highlights the day’s top stories in politics. The Note will return after the holidays on Monday, Jan. 4.

Didi will be ‘isolated’, BJP to win 200 Bengal seats: Shah

What would actually happen if Trump tried the ‘martial law’ idea?