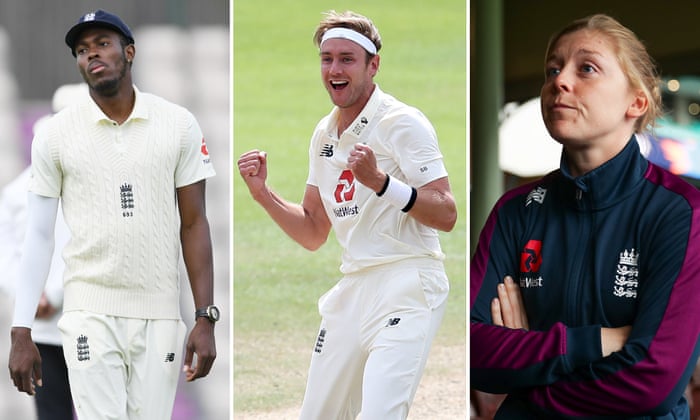 Spending a fortnight locked in a quarantine hotel with a 10-month-old, as I learned in Perth this month, can inspire any number of strange decisions. For me, this included going back to read the earliest editions of this column. And before going any further, yes, I’m well aware it was this type of behaviour that made me so popular in high school. But it was all with a purpose in mind: to pen this end-of-year reflection, aiming to work out the origin of The Spin annual awards – inventively titled … The Spins.

Of course, it was Lawrence Booth who started this newsletter – cricket’s answer to The Fiver – in time for England’s 2002-03 Ashes hiding. By the end of the next home summer, awards season arrived, morphing into a Christmas stocking-stuffer in late 2004. From there it was a handy “get-out clause” – to quote the now-Wisden supremo – when there wasn’t much else on. By the time Andy Bull was on the tools, it was more often than not rebadged as a Test XI of the year, others occasionally flirting with the earlier lampooning style at the end of an English season. Given the shambolic time 2020 has been, I feel compelled to follow suit.

The Busted Bubble – Jofra Archer. Let’s instead think of this as the prize for showing up the government for the cowardly hypocrites they are. Just weeks after Dominic Cummings claimed he did nothing wrong driving to Barnard Castle for an eye test, Archer immediately admitted fault for popping home for an hour to see his dog en route to Manchester and was duly punished with a week’s hotel arrest and missed the second Test against West Indies.

The Selection Brouhaha – Stuart Broad. In a year of U-turns, England’s forthright seamer got instantly with the vibe. After being dropped from the first Test of the summer despite being his country’s standout bowler in the winter, he didn’t even wait until the end of the match to express his deep disappointment, delivering a masterclass in passive aggression. Promptly restored after the defeat, he proceeded to burst up not just the ICC bowling rankings but the all-rounder charts too. Naturally, Joe Root’s team didn’t lose another Test.

The Backscratcher – Cricket South Africa. Across the most testing year that most sports administrators will face, and it’s hard to expect great things from an organisation that began the year with big recent losses and a chief executive being audited for financial misconduct. But still, CSA managed a display of ineptitude that was spectacular enough to stand out, requiring more words than I can justify. Then, when they attempted a biosecure bubble in a country charging towards a million Covid infections, it was breached and England went home. 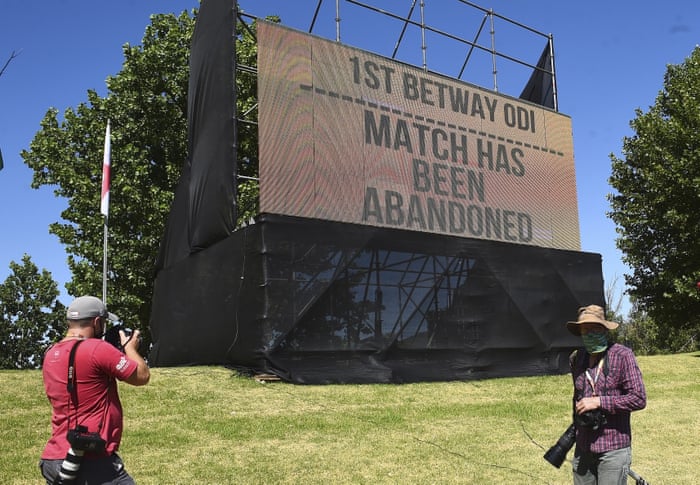 The Afridi Farewell – Mohammad Amir. This remains a developing story with the Pakistan quick last week, aged only 28, pulling the pin on all international cricket on the basis that his omissions from the team have left him “mentally tortured”. As we know, the left-arm speedster has been through plenty, which now includes two varieties of international retirement in two years. He started young, so it’s pleasing to see he’s getting in early chasing the Shahid Afridi record for most departures. As for Boom Boom? At age 40 (or so), he’s now leading a franchise in Sri Lanka’s new T20 league! Be still, beating heart.

The So-Close Somerset – New Zealand. The award for finishing second when in sight of glory goes to the Black Caps who missed out on a chance to get the ICC top spot in Test cricket for the first time. This was despite being told a win in Wellington against West Indies would take them to No 1. Alas, those supplying the information hadn’t crunched the numbers correctly, with Australia still ahead, 116.461 to 116.375. Barest of margins, anybody? Oh, and runners-up in 2020’s Bob Willis Trophy were, somewhat inevitably, Somerset.

The Decision Deferral System – women’s cricket. Consider how many men’s engagements have been met during the crisis. Sadly, no such luck for the women, the most egregious example when the 2021 World Cup – set for New Zealand in February, a virtually Covid-free country – was postponed until 2022 to the dismay of many, including Heather Knight. At least the MCG was full for the women’s T20 final, days before the world changed in March, Katy Perry earning the Lou Bega Panama Hat for best cricket/pop crossover.

The Conker – Boris Johnson. The cricket ball has many nicknames and this year there was a new addition to the lexicon when the PM reached for a euphemism to explain why our game wouldn’t be permitted to return at a local level at the same time as gyms and pubs, introducing the “vector of disease”. It made as much sense as when he insisted afternoon tea was another factor in the decision when teams had already agreed to take the field without using clubrooms. The twist on this came months later when the Sussex Cricket League voted to jettison their meal break together. Sure enough, that vote was overturned just two weeks later. No complaints here.

The Social Media Intervention – Monty Panesar. No pithy paragraph will be able to adequately capture the majesty of the former England spinner’s video output. From lockdown workouts lifting his couch and squatting with his dog, to Brexit vox pops to US presidential endorsements. To see is to believe.

• This is an extract taken from The Spin, the Guardian’s weekly cricket email. To subscribe, just visit this page and follow the instructions.