The cause of the blast was a vehicle explosion, in what poice described as an “intentional act”. Fire officials said three people have been taken to hospital, but none of them were critically injured. The incident took place at 166 2nd Avenue North at 6.45am local time.

Don Aaron, Nashville police spokesman said: “The explosion was significant, as you can see the police department, its federal partners – the FBI and ATF – are conducting a large-scale investigation to this point.

“We do believe that the explosion was an intentional act.”

When the car first exploded, there was some confusion about what was the cause of the blast.

One media outlet suggesting it was the result of a car bomb, and another saied there was no evidence of foul play. 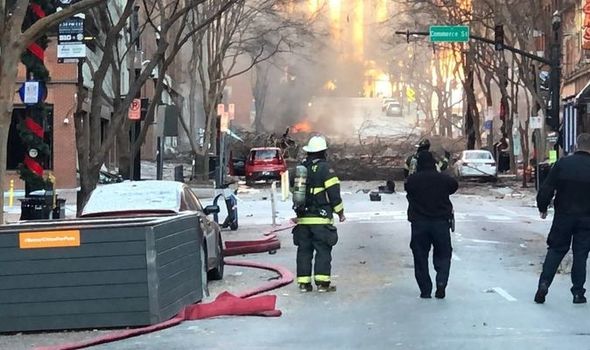 Nashville authorities now beleive the explosion was an “intentional act”, triggered by a parked vehicle.

Phil Williams, a reporter with News Channel 5, tweeted: “Nashville police and fire setting up radiation monitors to assess situation in downtown area near explosion site. This is all precautionary at this point.

He subsequently added: “Nashville fire crews being told to back up ANOTHER two blocks from site of explosion in downtown area.

Once again he emphasised: “All of this is PRECAUTIONARY at this point.” 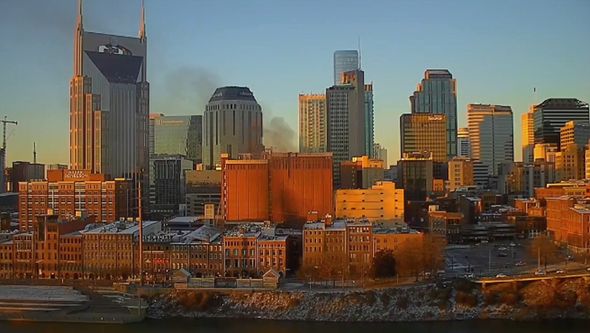 Mr Williams suggested the source of the explosion had in fact been a parked vehicle, and that Metro Police had identified an extended debris field that stretching approximately two city blocks.

However, WKRN reporter Elizabeth Lane tweeted: “Office of Emergency Management believes this was an RV explosion. They do not suspect foul play at the moment.”

Metro Nashville PD subsequently confirmed the source of the explosion had been a car, tweeting: “An explosion linked to a vehicle occurred at 6:30 this morning outside 166 2nd Ave N downtown. Investigation active by MNPD & federal partners.

Jason Steen, the Editor of @ScoopNash, posted: “Large explosion in downtown Nashville “heavy structural damage”.. evacuting lofts @ 2nd/Commerce – per Nashville Fire radio traffic – some walking out on their own – glass and steel ‘EVERYWHERE’.”

He added: “A structure is on fire downtown – searching for victims ongoing – several people walked out of upper residences on their own.

“Building is “devastated”, vehicles on road are burning, NFD is about to extinguish them with water from Engine 9 – most human injuries so far are non-life-threatening.”

Mr Steen cited Nashville Fire Department suggested between 20 and 30 people had been affected by the blast, with most human injuries so far are non-life-threatening. 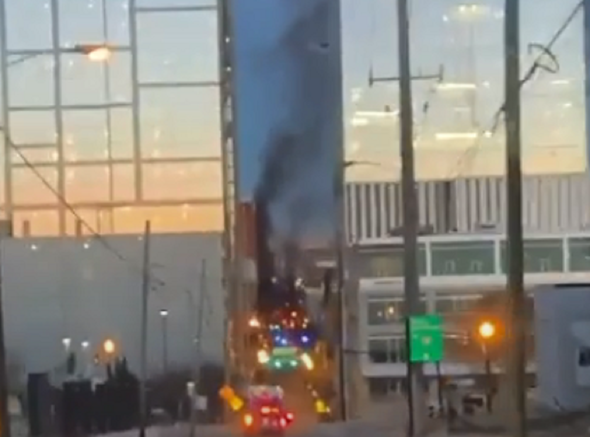 Several vehicles in the road were also on fire, he added.

Mr Steen also posted that a branch of the Hooters restaurant chain in 2nd Avenue was also on fire.

Ominously, he added: “Bomb squad is requesting NFD personnel to put out some small fires so they can further investigate.

“Special OPS confirms they have received information there could be additional devices in vehicles, advising personnel to stay away from all vehicles downtown.”

One user commented on Mr Steen’s Twitter feed: “We felt it waaay out in South Nashville, near OHB…. it was MASSIVE.”

Another added: “We felt it in Mount Juliet.”

An MFD statement said: “There is an incident involving an explosion. This is an active scene.

“There are no additional details to provide at this time.”

Metro Nashville Police Department Nashville, in the US state of Tennessee, is famous for being the centre of the country music scene.