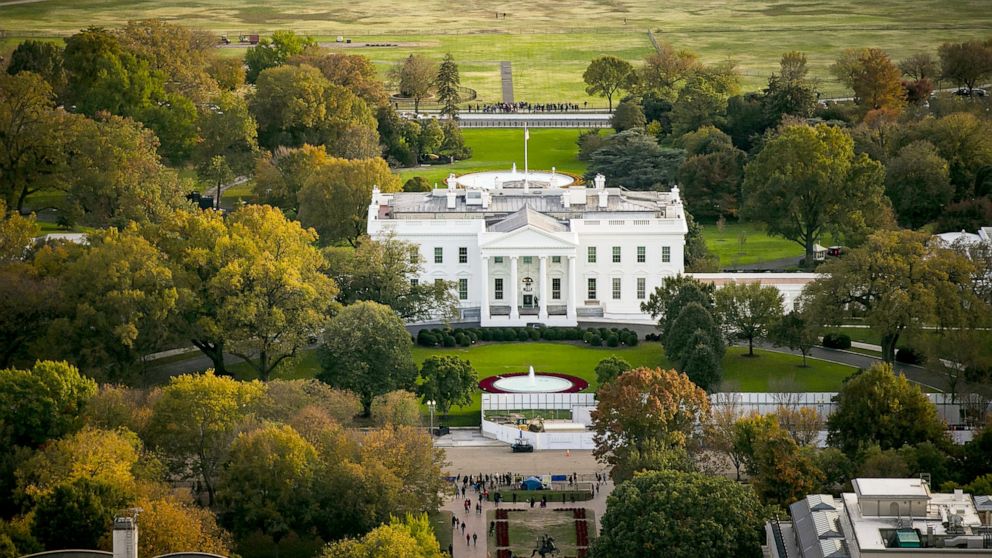 While President Donald Trump has refused to acknowledge that he lost the election, he’s handling the lame-duck period as his predecessors did in one respect: awarding plum appointments to key allies, donors and friends on his way out of the White House.

Since the election, the White House has announced more than 100 appointments and nominations – some to key administration posts, but also to various advisory boards and commissions, in a practice also done by the Bush and Obama White Houses.

He’s named former White House Counselor Kellyanne Conway to the Air Force Academy Board of Visitors despite having no obvious connection to the school or the military, along with Heidi Stirrup, an administration official recently barred from the Justice Department over claims she pressured officials for information related to election fraud.

Trump appointed former House Speaker Newt Gingrich on Monday to the Pentagon’s Defense Policy Board, and named his daughter, Jackie Gingrich Cushman, to a commission planning and fundraising for a memorial to honor President John Adams.

The White House also announced in early December that Brian Ballard, a prominent GOP lobbyist with ties to the White House, and Pam DeVos, a sister-in-law of Education Secretary Betsy DeVos, will sit on the Kennedy Center’s board of trustees.

Acting Undersecretary of Defense for Policy Anthony Tata, who has a history of making inflammatory, anti-Muslim remarks and once referred to former President Barack Obama as a “terrorist leader,” was awarded this week with an advisory board position at the Merchant Marine Academy.

The positions themselves are not salaried but some of the choices amount to empowering individuals with questionable qualifications for the appointments. The process of selecting the appointments flows through the White House Office of White House Presidential Personnel Office, headed up by Johnny McEntee, who previously served as the president’s personal assistant before being escorted off the White House grounds amid issues with his background clearance.

The practice of lame-duck appointments is by no means new or unusual. The president’s two most recent predecessors, Presidents Barack Obama and George W. Bush, made a similar flurry of appointments in the final days of their lame-duck administrations.

“In many ways, [it] is a vestige of the spoil system, where you have political leaders that are able to hand out these plums, not because somebody has deserved it from the perspective of, they’re serving their country or having a particular expertise, but because of the political closeness to the president,” said Max Stier, the president of the nonpartisan Partnership for Public Service that aims to improve government effectiveness.

The White House declined to comment on the uptick in appointments and nominations in the final days of the administration.

But a person familiar with the process characterized the list of appointments as being “literally a laundry list of all these people who claimed to have been shut out of things for the wrong reasons who are now just being given these things, and there’s even less pressure knowing it doesn’t matter anymore.”

Like Trump, Obama appointed political allies and donors to various boards and commissions in his final months in office.

In November 2016, President Obama named Fred Eychaner, a prominent Democratic donor, to the board of trustees of the Kennedy Center.

On Jan. 5, 2017, he appointed Eric Schwerin, a business partner of Vice President Joe Biden’s son Hunter, to the Commission for the Preservation of America’s Heritage Abroad.

Leon Panetta, who served as chief of staff to President Clinton and as CIA director and defense secretary under President Obama, said the “biggest difference” between Trump’s appointments and those of past presidents “is that a lot of these people that Trump is appointing don’t necessarily reflect the kind of background that will help them in their new job.”

Last week, Trump named Michael Anton, a former spokesman for the Trump National Security Council, to the Board of Directors of the National Board for Education Sciences, which advises leaders of the Department of Education’s research division, along with Larry Schweikart, a retired historian and author of “48 Liberal Lies about American History (That You Probably Learned in School).”

Panetta pointed specifically to Trump confidants and campaign operatives David Bossie and Cory Lewandowski, who were appointed in early December to the Pentagon’s Defense Business Board after the White House removed the members serving on the board, which was formed in 2002 to provide senior Pentagon officials with “independent advice on business management issues,” according to its website.

“It just makes clear that the purpose of the appointment was not to enhance our defense establishment and national security, it’s to plant people on the inside who are politically supporters of President Trump,” Panetta added.

While both were appointed to four-year terms, a U.S. defense official added that “members serve at the pleasure of the current administration” raising the very real possibility that President-elect Joe Biden will boot them out.

Matt Schlapp, the chairman of the American Conservative Union and husband of longtime aide Mercedes Schlapp, has been tapped to sit on the Library of Congress Trust Fund Board.

Marcia Lee Kelly, an adviser to first lady Melania Trump, was awarded a position on the Committee for the Preservation of the White House.

Another key difference in Trump’s case, however, is that he’s partaking in what is a common practice of a lame-duck presidents in apparent contradiction to his simultaneous crusade to overturn his election defeat, despite having lost both the Electoral College and popular vote.

“At the end of an administration, there is a sense of trying to generate whatever value there is by handing out all plums that are available, you know, with great dispatch, which if you thought you were going to be around you wouldn’t need that same sense of urgency,” Stier observed.