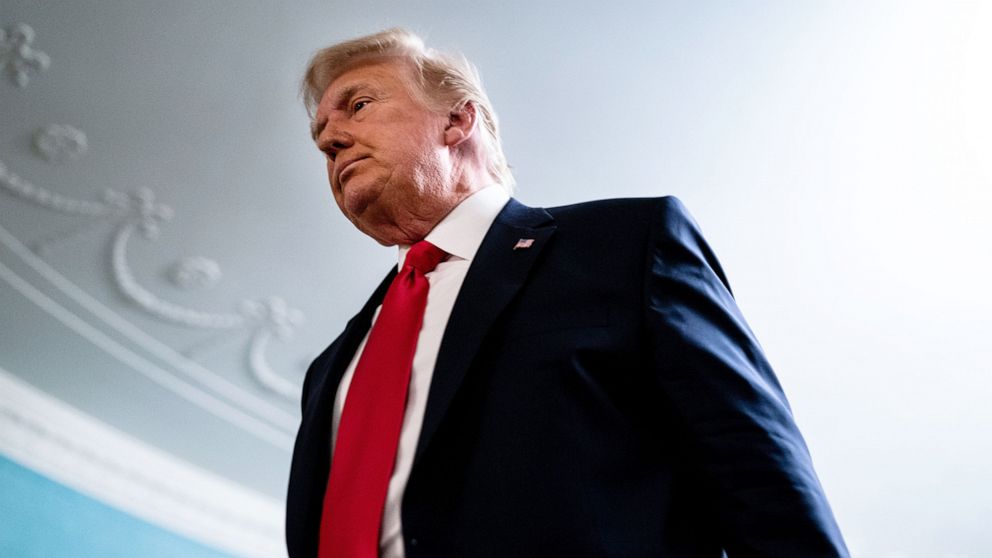 President Donald Trump on Tuesday issued a flurry of pardons and commutations to a slew of controversial figures with ties to his administration, in a move that further cements his legacy of exercising his sweeping powers to benefit his political allies.

In total, the president issued 15 pardons and commuted part or all of the sentences of five individuals.

These latest executive actions, issued in the waning weeks of Trump’s White House tenure, contribute to an already sizeable list of close aides who have benefitted from his pardon authority — a group that already includes Michael Flynn, his former national security adviser, and Roger Stone, his longtime friend and political adviser.

Tuesday’s batch also pardons many traditional candidates: those serving mandatory minimum sentences for nonviolent crimes. Many of these individuals were endorsed for pardons by Alice Johnson, a former prisoner whose 2018 commutation served as the symbolic centerpiece for the Trump administration’s prison reform program.

Here are some of the most notable pardons and commutations granted on Tuesday:

Former California Republican Rep. Duncan Hunter pleaded guilty in December 2019 to one count of conspiracy in a case surrounding his alleged misuse of $250,000 in campaign donations for personal expenses such as family vacations and oral surgeries. He also allegedly had used some of that money to finance romantic trysts with multiple congressional aides and lobbyists, according to court filings from federal prosecutors. Hunter was sentenced to 11 months in prison in March. He once called the investigation a politically motivated witch hunt.

Former New York Republican Rep. Chris Collins, the first member of Congress to endorse Trump in the 2016 election, was indicted in August 2018 for alleged insider trading related to an Australian biotechnology company, Innate Immunotherapeutics. Collins, who sat on the board of the company, allegedly shared nonpublic information about a failed drug trial with his son, who passed it along to his future father-in-law and others. The tests results were made public four days later, and Innate stock dropped 92% — but not before Collins, his son, and his son’s future father-in-law had avoided $768,000 in losses. Collins began serving his 26-month prison sentence in October.

George Papadopoulos was a novice, unpaid foreign policy adviser to candidate Donald Trump when he became the first former campaign adviser arrested as part of special counsel Robert Mueller’s investigation into Russian interference in the 2016 election. He was sentenced in 2018 to 14 days incarceration after pleading guilty to making false statements to FBI agents about his correspondence with Russian nationals and his attempts to arrange a meeting between the Trump campaign and Russian officials. At sentencing, Papadopoulos told the judge he “made a dreadful mistake. I am a good man.” After serving his sentence, Papadopoulos pivoted away from contrition and took to denouncing the Russia investigation as, in his words, “the deep state’s attack on our president.” He had also been open about wanting a pardon, recently telling ABC News’ Chicago affiliate that he would be “honored to accept one.”

Papadopoulos told ABC News that the pardon was “the ultimate Christmas gift.” He said he is “forever grateful to finally have this chapter close, not only for myself and family but in many ways the entire country who lived it ,too.”

Four former employees of the shadowy military contracting firm Blackwater Worldwide earned commutations on Tuesday, ending lengthy prison sentences for those responsible for one of the most scandalous episodes of the war in Iraq. In 2007, Paul Slough, Evan Liberty, Dustin Heard, and Nicholas Slatten gunned down more than a dozen unarmed Iraqis, prompting outcry from human rights organizations and sparking a public debate about the military’s use of private contractors in conflict zones. Blackwater’s founder, Erik Prince, is the brother of U.S. Secretary of Education Betsy DeVos and a forceful ally of the Trump administration.

Crystal Munoz was previously granted clemency by President Trump in February for what the White House said was her “small role” in a marijuana drug smuggling ring. Munoz, whose case was championed by Alice Johnson, spent the past 12 years in prison showing model behavior, the White House said at the time of her clemency, and “mentored people working to better their lives, volunteered with a hospice program, and demonstrated an extraordinary commitment to rehabilitation.”

Tynice Nichole Hall, a 36-year-old mother, was granted clemency by President Trump in February. At the time, Hass had served nearly 14 years of her 18-year sentence imposed for allowing her apartment to be used to distribute drugs, the White House said. Hall, who was championed by Alice Johnson, worked towards getting her college degree while in prison and helped other inmates with their educational programs, the White House said, and “had accepted responsibility for her past behavior and has worked hard to rehabilitate herself.”