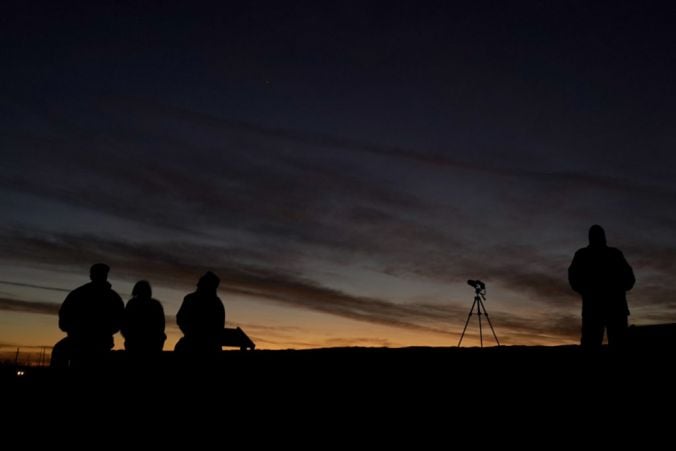 The last time the two planets came so close was during the 17th century.

Jupiter and Saturn aligned last night, appearing closer than they have in centuries.

The last time the two gas giants looked this close together was during Galileo’s time in the 17th century.

While conjunctions – where objects appear very close to each other in the sky – are not rare, this was an “exceptionally close” one – the closest since 1623, Professor Michael Burton said.

The two biggest planets in the solar system were just 0.1 degrees apart, one-fifth the diameter of the full moon, and appeared together as the brightest object in the sky, the director of the longest-running astronomical observatory in the British Isles said.

Prof Burton said: “When that happened it was in the daytime skies so people would not have seen it because it would have been too light.

The astronomer, of Armagh Planetarium and Observatory in Northern Ireland, said a conjunction is one possibility for what has become known as the Christmas Star from the story of Jesus’ birth.

He said: “Certainly one of the possibilities might have been two of the planets coming together.

“The whole question of what might the Christmas star have been is a very interesting question in its own right.