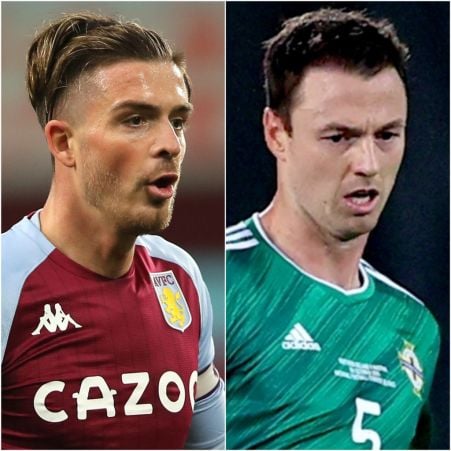 Leicester look set to retain Jonny Evans amid fears the Northern Ireland defender could leave on a free next summer, writes the Daily Mail. The paper says Evans, a regular in Brendan Rodgers’ side, will sign a contract of at least another two years.

Aston Villa will have to fend off interest from Liverpool, Manchester United and Manchester City, who are all keen to land Jack Grealish, writes the Daily Mirror. Grealish, 25, has found the net five times in the Premier League this season, including twice against Liverpool.

Real Madrid, Barcelona and Manchester United will all try to sign David Alaba, whose contract at Bayern Munich is up in the summer, according to the Daily Mirror.

Ozan Kabak could be subject to a Premier League tug of war after Schalke lowered their asking price for the Turkey international, reports the Daily Mail. Kabak, 20, could leave for £25 million (€27.5 million), with both Manchester United and Liverpool tempted.

Everton are looking to retain the services of defender Lucas Digne amid interest from Manchester City, says the Times. Digne, 27, is halfway through his current deal and will be offered a new contract amid interest from Pep Guardiola in the former Barcelona man.

Christian Eriksen: The Inter Milan and former Tottenham midfielder could be on the move again, with Arsenal said to be interested in a move for the 28-year-old, writes Gazzetta dello Sport.

Jesse Lingard: Sheffield United will look to make a January loan move for the Manchester United and England attacker as they bid to stave off relegation, reports the Sun.

Adama Traore: The Wolves winger could be on his way out of Molineux, with Leeds said to be keen on the 24-year-old, writes 90min.