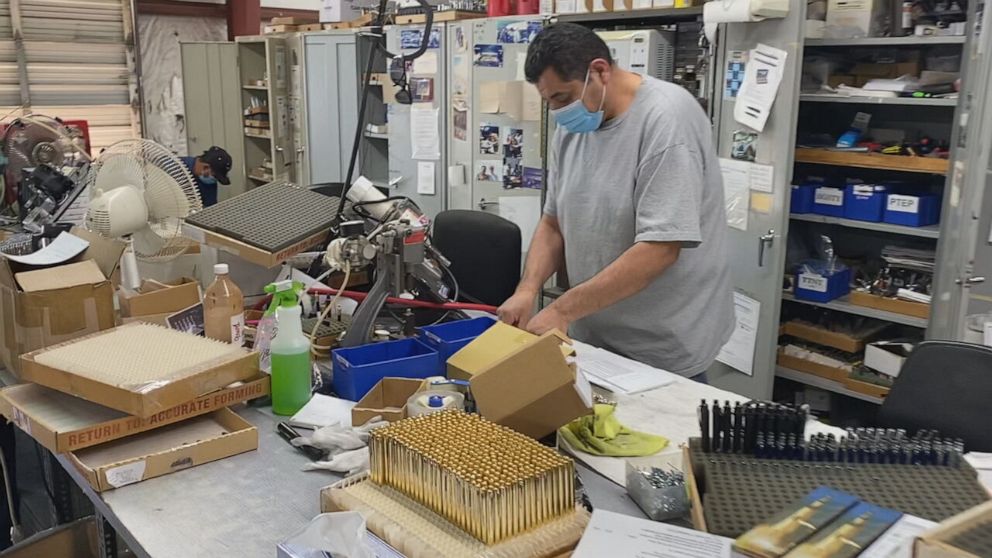 Across the country, American-based businesses are grateful for those who’ve decided shop local this holiday season.

“World News Tonight” heard from companies featured on air in the past and they said that buying American-made products makes an impact.

Metal Art of Wisconsin says it has had over 3,000 new orders after appearing on “World News Tonight.”

“We are scrambling to hire new people and starting a second shift just to meet the demand,” said owner Shane Henderson.

Victor Garcia, the CEO of Food Bank of Northwest Indiana, told “World News Tonight” that he is grateful for InstaShield and America’s support.

“We’re so excited to get this donation of 20,000 InstaShields made in America,” said Garcia.

In Chicago, Soap Distillery’s owner Danielle Martin said they are “eternally grateful” for all the orders and that they are getting to work to fill them.

“We received weeks worth of orders in just a couple of hours,” Martin told “World News Tonight.” “[We] got a lot of work to do, a lot of products to make, new hires to bring in and some training to do, but we really appreciate the feature.”