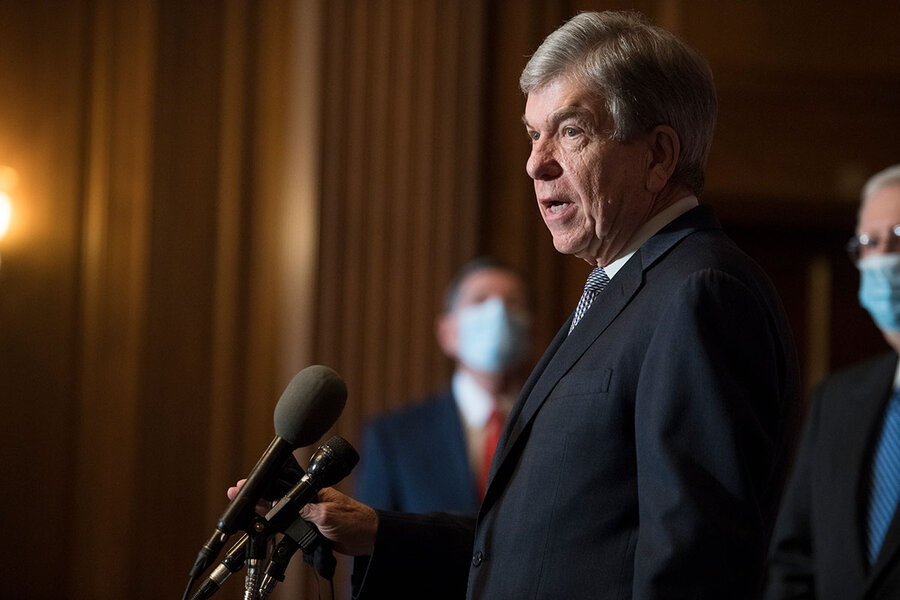 A rare Christmas Eve session of the House of Representatives lasted just minutes and ended in stalemate. House leaders are now scrambling to find a solution before lawmakers return to Washington for a new vote Monday.

The crisis arises after the relief and government funding bill won sweeping bipartisan approval this week in the House and Senate. The relief bill includes unemployment benefits, eviction protections, and other emergency aid, including $600 checks. The White House assured Republican leaders that Mr. Trump supported it.

But Mr. Trump is now calling the package a “disgrace” and calling for $2,000 checks. Because the relief bill is linked to the government funding bill, Mr. Trump’s refusal to sign it could spark a federal shutdown at midnight Monday.

Mr. Trump’s decision to attack the bill has been seen, at least in part, as political punishment for what he considers insufficient backing by congressional Republicans of his campaign to overturn the results of the Nov. 3 election with unfounded claims of voter fraud.

“At a meeting in Florida today, everyone was asking why aren’t the Republicans up in arms & fighting over the fact that the Democrats stole the rigged presidential election?” Mr. Trump tweeted Thursday.

“I will NEVER FORGET!” he later added.

The president spent his Christmas golfing in Florida at his Mar-a-Lago club.

The year-end package is the product of months of bipartisan work. It would establish a temporary $300 per week supplemental jobless benefit, along with a new round of subsidies for hard-hit businesses, restaurants and theaters, and money for schools. Money is included for health care providers and to help with COVID vaccine distribution. Treasury Secretary Steven Mnuchin boasted that the $600 checks would be in the mail in a week.

Congressional Republican leaders have been left almost speechless by Trump’s year-end scorching of their work.

The president’s push to increase direct payments for most Americans from $600 to $2,000 for individuals and $4,000 for couples splits Republicans. Many have opposed the larger checks as too costly and poorly targeted.

“The best way out of this is for the president to sign the bill,” Republican Senator Roy Blunt of Missouri said Thursday. “And I still hope that’s what he decides.”

Racing to salvage the year-end legislation, House Speaker Nancy Pelosi and Mr. Mnuchin are in talks on options.

Democrats will recall House lawmakers to Washington for a vote Monday on Trump’s proposal. A roll call would put all members on record as supporting or rejecting the $2,000 checks, though a vote to approve could be rejected by the Senate.

Another option is a Monday vote on a stop-gap measure to at least avert a federal shutdown. It would keep the government running until President-elect Joe Biden is inaugurated Jan. 20. Lawmakers will also be asked to override Mr. Trump’s veto of a must-pass bill to fund the Defense Department.

This story was reported by The Associated Press.