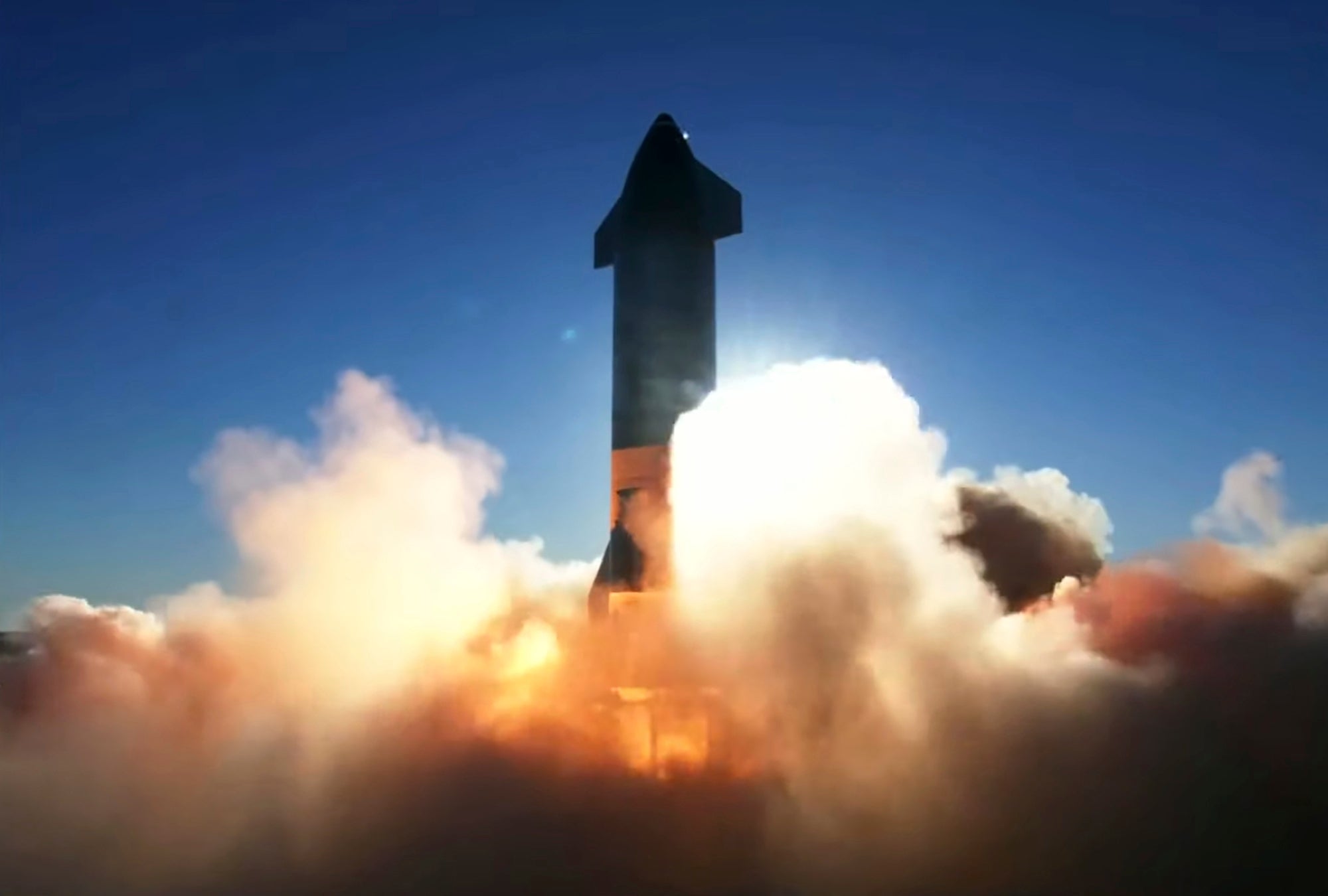 SpaceX boss Elon Musk has described South Texas as “the gateway to Mars” following a major test of the Starship spacecraft.

It was unable to stick the landing and crashed in a fireball at touchdown, but the test was seen as a success due to the milestones it achieved towards producing a rocket ship capable of travelling to Mars.

Prior to the test, Mr Musk had predicted it was likely to fail but proceeded in an effort to accelerate the development of the next-generation space craft.

Future versions of Starship will be able to carry up to 100 people to Mars, he said, potentially as early as 2024.

“Mars, he we come!!” he tweeted after Starship SN8 successfully lifted off from the launchpad at SpaceX’s facility in Boca Chica, Texas.

“Thank you, South Texas for your support! This is the gateway to Mars.”

His words mirrored those of Nasa’s chief scientist Renee Weber, who outlined the US space agency’s latest efforts to send humans to the moon on Wednesday.

Nasa’s Artemis programme aims to land the first woman and the next man on the moon in 2024.

Dr Weber said Artemis would “help us learn from the moon as a gateway to the rest of the solar system.”

SpaceX plans to develop a presence on both the moon and Mars, as part of Mr Musk’s ambition to make humanity a truly spacefaring civilisation.

Earlier this year he ordered SpaceX staff to prioritise the development of Starship in order to make this a reality. In a letter to workers he encouraged them to spend as much time at the Boca Chica facility to help speed up progress.

In an interview with the Wall Street Journal this week, Mr Musk revealed that he is leaving California to move to Texas, where future Starship launches will take place.