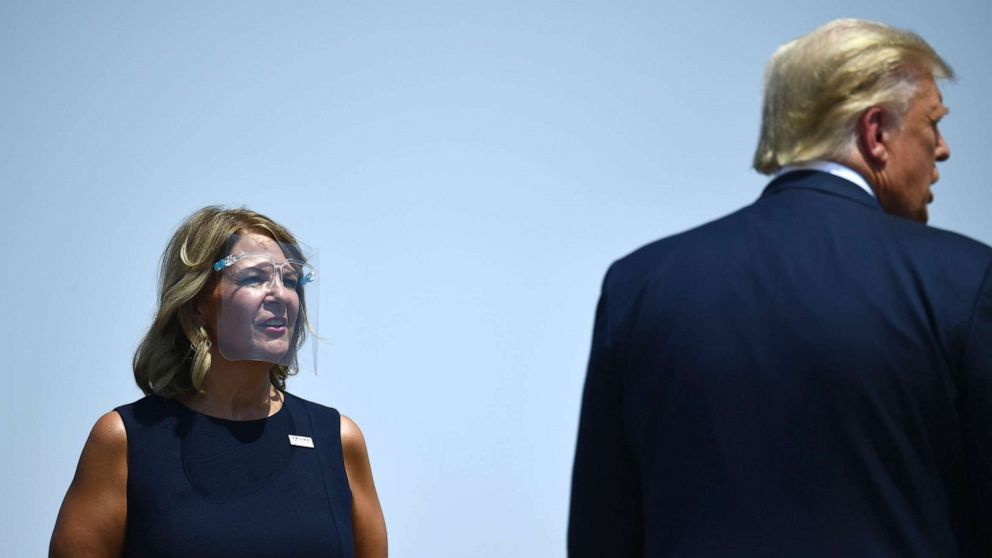 The Arizona Republican Party continues to deny President-elect Joe Biden’s win in the Grand Canyon state, even after its 11 electors for Biden cast their ballots and sent the certification to Congress on Dec. 14.

As a result, a divide is widening between the activist, right-leaning faction and the establishment moderates in the state’s GOP amid baseless accusations of election fraud by some Republicans and Trump allies — accusations which have been dismissed by judges in several court cases.

The clash within the Republican Party isn’t likely to dissipate anytime soon, and those contrarian stances, like challenging Biden’s win, within the party may even be a political strategy to energize some groups of voters, experts say.

“This election is far from over,” Arizona GOP Chair Kelli Ward said in a video posted on Twitter Tuesday morning . “Anyone who is telling you differently, whether it’s in the media, whether it’s the Democrat talking heads or whether it’s the Republican establishment, is just avoiding the facts.”

But when it comes to facts, the nation’s top attorney disagreed. The Justice Department uncovered no evidence of widespread voter fraud that would tip the results of the presidential election, Attorney General William Barr said.

Voters in Arizona generally split their tickets; voting for Biden and Democrat Sen. Mark Kelly at the top of the ballot, and re-electing Republicans down the ballot. Any claims brought by the party or the president’s allies have been thrown out in court, and the party is now pursuing audits through subpoena power enacted by members of the Republican-led state legislature.

She’s been challenging the election in unsuccessful courtroom battles and criticizing fellow Republican, Arizona Gov. Doug Ducey, who has defended the state’s election integrity in the face of pushback from Ward and President Donald Trump.

Despite Monday’s Electoral College votes for Biden, Ward, who is a Trump elector, and other GOP electors in Arizona still met to cast unofficial ballots for the president– and 27 members of the Arizona state legislature penned a joint resolution calling on Congress to accept those ballots, rather than the ones signed and certified by Secretary of State Katie Hobbs.

James Strickland, an associate professor of political science at Arizona State University, said that Republicans’ insistence on challenging election results might be a political strategy for future elections.

“There seem to be many people within the party who genuinely have questions about election processes, but filing lawsuits also may be an electoral strategy for 2022 and 2024,” Strickland said about election fraud claims. “Doing so may allow party officials to claim that they are pursuing all available options, thereby encouraging donors and other supporters to remain involved and, importantly, turn out to vote in those future elections.”

“Angry voters tend to turn out,” he added. “If the party leadership is indeed pursuing the fraud claims to achieve a political benefit, then this would suggest that they believe a sizable enough portion of their supporters will appreciate and reward those efforts.”

The president has used his courtroom battles as a massive post-election fundraising mechanism. The Trump campaign and the GOP raised at least $170 million since Election Day, ABC News reported Dec. 1.

Arizona-based Republican strategist Chuck Coughlin said that the election fraud accusations have created a tough road for members who don’t support those claims.

“They’ve hung on to this election fraud thing that is a presidential narrative that goes back to the Iowa primaries. When [Trump] lost to Ted Cruz, he said that he’s just unwilling to accept any electoral outcome that he doesn’t win,” Coughlin said.

As in other battleground states across the country, challenges to election results in Arizona are propelled by false claims of apparent fraud. Republicans recently counted a win after the state Senate Judiciary Committee subpoenaed Maricopa County in order to conduct a forensic audit of its voting machines and two recent suits thrown out by courts in Arizona have been appealed, one to the U.S. Supreme Court and the other to the 9th Circuit Court of Appeals.

Overall, Trump and his allies filed nearly 60 lawsuits as part of the effort to overturn the results of the election, nearly all of which have since been dismissed by judges, often with sharply worded rulings. At least six suits were filed in Arizona alone. Last week, the United States Supreme Court rejected a bid led by Texas and supported by Trump to throw out votes from four swing states — a significant blow to the effort to get the courts to overturn the results of the election. Secretaries of state across the country told ABC News last month that there was no evidence of widespread election fraud, and post-election audits of voting machines returned miniscule differences in the vote count.

Despite the lack of success in the courts, dissension in the ranks continued to bubble over following Ducey’s involvement in Arizona’s election certification process.

According to Coughlin, these types of battles aren’t uncommon in Arizona. He said there’s a faction of the party which has “consistently been anti-establishment, libertarian-leaning Republicans who dominate insider politics.”

“It’s the narrow base of the Republican party that it operates from. And elected officials who don’t have a broader base of support are vulnerable to that. McCain back in the day was the only one that could withstand it, and nobody else has that kind of broad base support. Clearly the governor doesn’t have that,” he said.

Ducey has drawn the ire of Trump, who wondered publicly on Twitter what the governor’s “rush” was to certify the results. The governor became a target of Trump and his allies following Arizona’s election certification. All of Arizona’s 15 counties, led by Republicans and Democrats, canvassed and certified their own elections, which were then sent to Democratic Secretary of State Katie Hobbs and her office for further statewide audits. Only then, weeks after the election on Nov. 30, did Ducey participate in a certification of the statewide results alongside Hobbs and Republican Attorney General Mark Brnovich.

While Ducey certified results, a meeting led by Trump attorneys Rudy Giuliani and Jenna Ellis continued to sow doubt about the election. It was attended by some state legislators and newly reelected members of Congress, including Reps. Paul Gosar and Andy Biggs, who were all presented with baseless conspiracy theories of election fraud in Arizona.

Coughlin said it is no surprise that the party has turned its criticism on Ducey in light of Trump’s loss.

“There isn’t any other narrative than the Trump narrative,” Coughlin told ABC News. “If you try and break away from that narrative at all, you see what happens. The first victim of that was Jeff Flake, the second victim was John McCain.”

“It’s you either step in line, and you follow whatever the president says, including overthrowing the legitimate elections, or you’re gonna face the ire of everybody else who’s still on the train,” he added.

Strickland said he thinks it is too early to say whether or not the Republican party will be able to work past the Trump era in the coming years.

“I imagine that Donald Trump will continue to have influence within the Republican Party, and that he might be a kingmaker in 2024, if he chooses not to run for president himself. Going forward, I imagine that the success of local political officials who have associated themselves with the fraud cases will depend on Trump’s popularity within the Republican Party,” Strickland said.

Republicans across the country have campaigned for legislatures in battleground states to convene and grant a new slate of electors to cast ballots for Trump instead of Biden, which is not allowed by the Arizona Constitution.

Ducey has all but denied calls for a special session, saying he would see the legislature on Jan. 11, when its next session is set to begin.

House Speaker Russell Bowers also eventually shut down the idea of convening the legislature, saying he would not authorize a special session and pointing to Arizona’s Constitution and the lack of substantial evidence presented by Giuliani and Ellis.

His resistance to bringing the legislature into session, in part, started calls for members of the statehouse not to vote for Bowers for Speaker of the House in the next session.

Coughlin said the public quarrels are the “burning down of your own house.”

“They don’t care because this is part of the party that puts the party ahead of country,” he said. “If you don’t believe the Trump message of division, then you’re not a Republican. You know, you’re a ‘RINO’ and it’s a very narrow place to build a party from. Arguably it’s incapable of winning a statewide election in Arizona.”