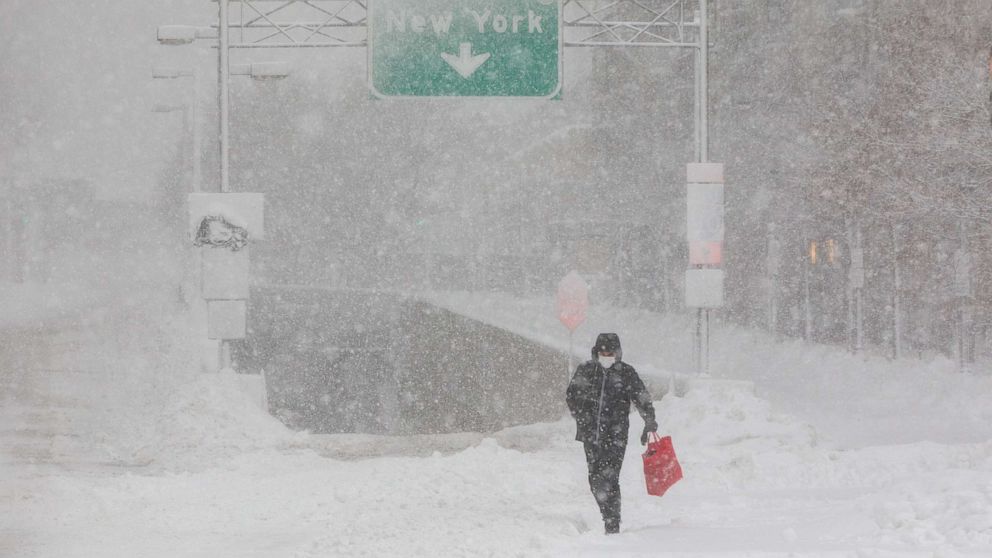 A major holiday week storm is moving across the country and wreaking havoc along the way.

On Tuesday afternoon and evening, damaging winds up to 95 mph with blowing snow shut down I-70 just west of Denver.

In Utah, strong winds and blowing snow caused near whiteout conditions at times, as well as delays on roads.

On Wednesday, the storm will move into the Midwest, the Plains and the Great Lakes, where a blizzard warning has been posted for five states: the Dakotas, Minnesota, Iowa and Nebraska.

Winds are getting stronger Wednesday morning in the upper Midwest and beginning to blow the snow around. This will cause a blizzard, which will almost entirely reduce visibility in the area.

To the South, the same frontal system will likely bring severe thunderstorms to the Gulf Coast around New Orleans. There is even a chance an isolated tornado may hit.

For Christmas Eve, the entire frontal system will move east and bring torrential rain to I-95 corridor with damaging winds from the Carolinas to New England including Raleigh, Washington, D.C., Philadelphia, New York City and Boston.

Hundreds of thousands of people may experience major power outages on Christmas morning.

Flood alerts have been posted from Virginia to Vermont. These areas could see flooding from several inches of rain Wednesday afternoon.

A high wind watch has been issued from the New Jersey coast up to Maine, including New York City and Boston, as winds may gust near 60 mph. This will likely cause damage to power lines and trees.

There is a chance an isolated tornado will hit the Carolinas on Christmas Eve, afternoon and evening.

If you have any exposed skin, you can get a frost bite in 15 to 30 minutes.

Late on Christmas Day, the Arctic air will spill into the East Coast and even Florida with winds chills near zero degrees in parts of the Northeast and 20s and 30s in Florida.