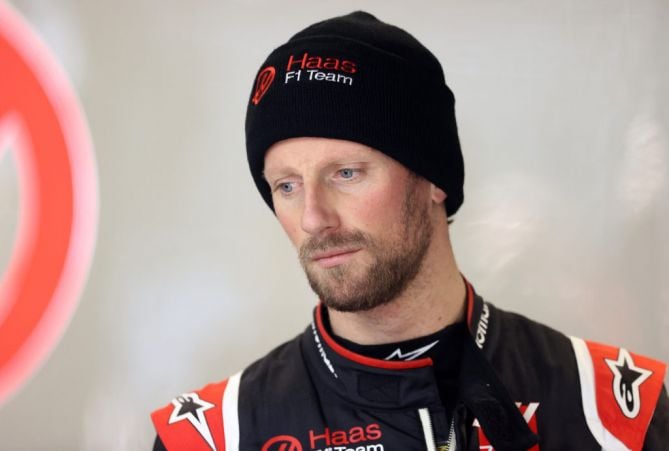 Romain Grosjean has called on Formula One to conduct research to better understand the impact big accidents have on the brain of the driver involved.

The Frenchman suffered a serious crash on the opening lap of last month’s Bahrain Grand Prix which saw his Haas car hit the barrier, split into two and burst into flames.

While the pictures of the accident shocked the sport, Grosjean climbed out of the wreckage, suffering burns to his hands and feet.

The 34-year-old has credited recent safety upgrades for saving his life but – working alongside neuroscience technology company MindMaze – he now wants to improve the understanding motorsport has on how the brain suffers in such incidents.

“I think there are many things we learn from an incident and in my case we are lucky that I am alive, I can talk and remember everything,” he said in a video released on his YouTube channel.

“I’m not sure if it s a good thing for me but I do remember everything and I believe some grey areas for safety in motorsport have already been understood and I see more (being understood).

“The next big step to me is to understand what is happening under the helmet, to the brain.

“Physically we saw I came out of the car intact, yes (I have) a little burn on my hands and we can improve safety with the gloves, but also what is happening in the brain of the driver.

“In a 60G (collision), you should lose consciousness, even for a few seconds, but you shouldn’t be aware as I was.

A heart-stopping moment on Lap 1 in Bahrain

“That saved my life but I would like to understand, with sensors on the brain where there has been an incident, what can we do better on the helmet and the headrest and safety and everything that the driver, even with big impact, stays conscious for whatever work he has to do.”

Grosjean, who is without a drive for the 2021 season, once again spoke about the advances in F1 which meant he could walk away from his crash unaided.

“Happy to be alive,” he replied when asked how he feels. “It was a terrible moment to live which I wish no one to live.

“I think without the halo, and it is not big news that I was completely against the halo when it came into Formula One, I wouldn’t be here to talk to you.

“I think it was one of the biggest safety measures brought in in the last few years.

“Also, the overalls this year, the regulations have been changed for fire resistance and being brought up by 10 seconds.

“The regulations says 20 seconds, I stayed 28 seconds in the flames and escaped with minor burns on my right hand and a bit more severe but nothing too bad on my left hand.

“If the chassis had been broken my legs would have gone, been broken or whatever, and I wouldn’t have been able to stand up and walk out.”