Downtown Nashville saw an explosion from a recreational vehicle (RV) injure three residents and devastate a number of building on Christmas morning. Officials have said they discovered human remains in the wreckage of the vehicle, and an FBI official claimed agents are not looking for another suspect in the wake of the discovery.

Following the information about the vehicle, FBI agents were seen in an Antioch home just south of the Tennessee capital.

A law enforcement official told the US news outlet neighbours tipped the FBI about a possible link between the home and the vehicle involved in the blast.

Mr Pack said bomb technicians cleared the home and an evidence team would be arriving shortly to enter it, but would not confirm who lived at the residence. 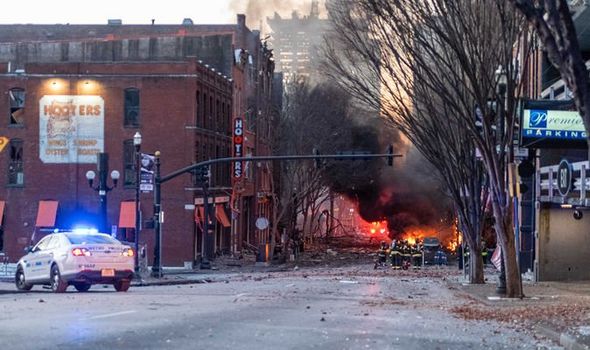 CNN reported Google Street View images of the home appear to show the same RV involved in the Nashville blast.

A law enforcement source told the outlet they believe they are the same vehicle, but could not confirm their suspicions as the RV was destroyed in the explosion.

FBI Special Agent in Charge Douglas Korneski has said there are no signs of an active manhunt, and added investigators have no indications of other suspects or other “explosive threats”.

He also said to CNN: “We can’t confirm any individuals or anybody that we’ve identified.” 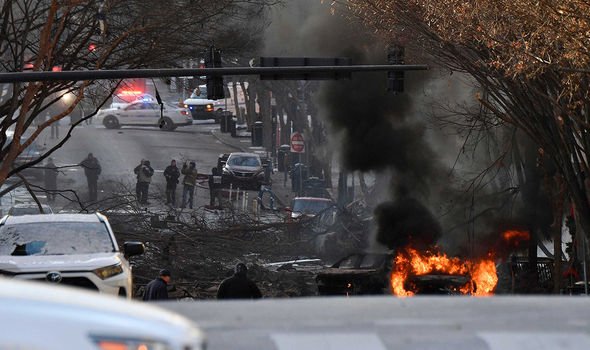 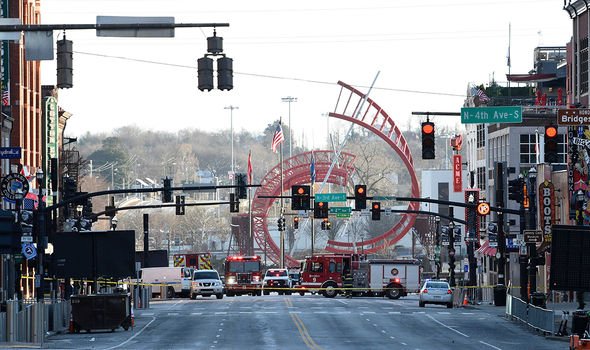 Police reported gunshots were heard in the area at 5:30am CT (11:30am GMT), before the RV broadcast a computerised voice warning the vehicle would explode within minutes and urging people to evacuate the area.

The blast injured three people, but killed no bystanders, and knocked out wireless service in the region and set several cars on fire.

The RV involved in the blast was parked near a AT&T, a telecommunications company, building but it is unknown whether the site was targeted.

Nashville Mayor John Cooper described the blast as “deliberate”, but said the damage was minimised as it was Christmas Day.

He said at the time: “This morning’s attack on our community was intended to create chaos and fear in this season of peace and hope, but the spirit of our city cannot be broken.”

He said: “The damage is shocking and it is a miracle that no residents were killed.”

Mr Trump has not issued a statement on the Nashville blast, but has been briefed on the incident.

President-elect Joe Biden has also been briefed on the incident, with his team releasing a statement praising first responders.

It said: “The president-elect and Dr Biden thank all the first responders working today in response to the incident, and wish those who were injured a speedy recovery.”

Metropolitan Nashville Police Department spokesman Don Aaron also praised officers, and said: “They heard the announcements coming from this vehicle, took them seriously and were working to seal the streets to protect folks.

“We think lives were saved by those officers doing just that.”