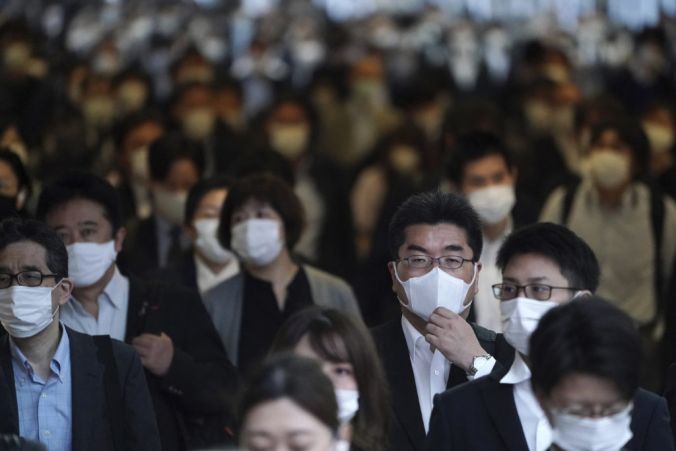 Japan on Saturday said it would temporarily ban non-resident foreign nationals from entering the country as it tightens its borders following the detection of a new, highly infectious variant of the coronavirus.

The ban will take effect from December 28th and will run through January, the government said in an emailed statement.

Japanese citizens and foreign residents will be allowed to enter but must show proof of a negative coronavirus test 72 hours before departing for Japan and must quarantine for two weeks after arrival, the statement said.

Japan on Friday reported its first cases of a fast-spreading variant in passengers arriving from Britain. The new variant has also been detected in a man who visited the UK and a family member – the first cases of infected people found outside airport checks – Nippon TV reported on Saturday.

The new strain adds to worries about a surge in cases as Tokyo reported another record rise on Saturday.

Infections of the virus that causes Covid-19 hit a record 949 in the capital, just as Japan heads into New Year holidays that normally see people stream from the city into the provinces.

Serious cases were unchanged from a day earlier at 81.

Meanwhile, Philippines President Rodrigo Duterte on Saturday extended a ban on flights from the United Kingdom by another two weeks to mid-January in a bid to prevent the spread of the new variant.

He also ordered a 14-day quarantine for passengers that came from or transited in the UK, and from countries where the more infectious Covid-19 variant was detected, including Hong Kong, Singapore, Australia and Japan.

On Saturday, Sweden also detected its first case of the new variant after a traveller from the United Kingdom became ill and tested positive, the Swedish Health Agency said.

Health Agency official Sara Byfors told a news conference the traveller had been isolating and that no further positive cases had so far been detected.

The unidentified traveller was staying in Sormland, south of Stockholm, according to Signe Makitalo, a regional infection control doctor.

“The person that tested positive with the virus travelled to Sormland from Great Britain for a visit over Christmas,” Makitalo said, adding that the risk of further contagion from the case was considered extremely limited.

Sweden imposed travel restrictions earlier this month on passengers from Britain amid concerns over the variant. Similar measures have been taken by several other countries in the EU and across the world.