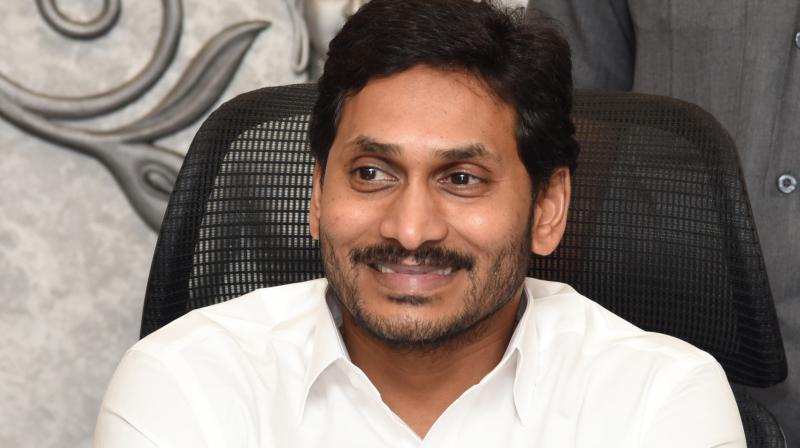 KURNOOL:  YSRCP MLAs throughout the state are gearing up for a "never-before-ever-after" celebrations to mark the 49th birthday of their leader and Chief Minister Y. S. Jagan Mohan Reddy on Monday.

YSRCP central office has directed all its MLAs to organise blood donation camps in their respective constituencies across the state. Attempts are also being made to gain entry into the Guinness Book of World Records by organising record-breaking blood donation camps. Party leaders feel this could well be possible with Covid-19 receding in the state and party cadre, apart from Jagan fans, being enthusiastic about donating blood at all mandal headquarters in the state.

Srisailam executive officer K.S. Rama Rao said Vedashirwada Vachanam will be rendered by temple priests on occasion of the Chief Minister’s birthday.
Bakers are also doing brisk business and many MLAs have announced plans of ordering 49-kg cakes to mark the 49th birthday of their leader.

Nandyal MLA Silpa Ravichandra Kishore Reddy announced that 300 party activists will be donating blood. “Though more than 1,000 cadres have come forward, doctors have advised us to limit the donors to 300, as they only have limited storage facilities,” Ravichandra Kishore maintained.

Kurnool legislator Hafeez Khan said a large number of activists have voluntarily come forward to donate their blood to mark the birthday of CM Jagan. Pathikonda MLA Cherukulapati Sridevi said her constituency is full of Jagan fans and they are planning some surprise celebrations on Monday. “I have heard they have ordered a cake weighing 49 kg to match the age of Jagan. We will be cutting the mega cake on the day and share it with public,” she said.

Adoni MLA Y. Sai Prasad Reddy said apart from organising the blood donation camp, party activists will go around hospitals and distribute fruits and bread to convalescing patients. “I have ordered 500 bed sheets, which will be given to the destitute and orphans on occasion of Jagan's birthday," the Adoni legislator stated.

Bakers in Kurnool city are receiving massive orders from YSRCP activists. Nagaraju of Peevi Bakers asserted that they can meet the orders placed by Jagan followers as they have a big owen to bake large cakes. Mongini Cake Shop's Afsar Pasha said since he sells only premium variety of cakes, only select people have placed orders at his outlet. A representative of Rama Bakery said orders will be processed as they come.