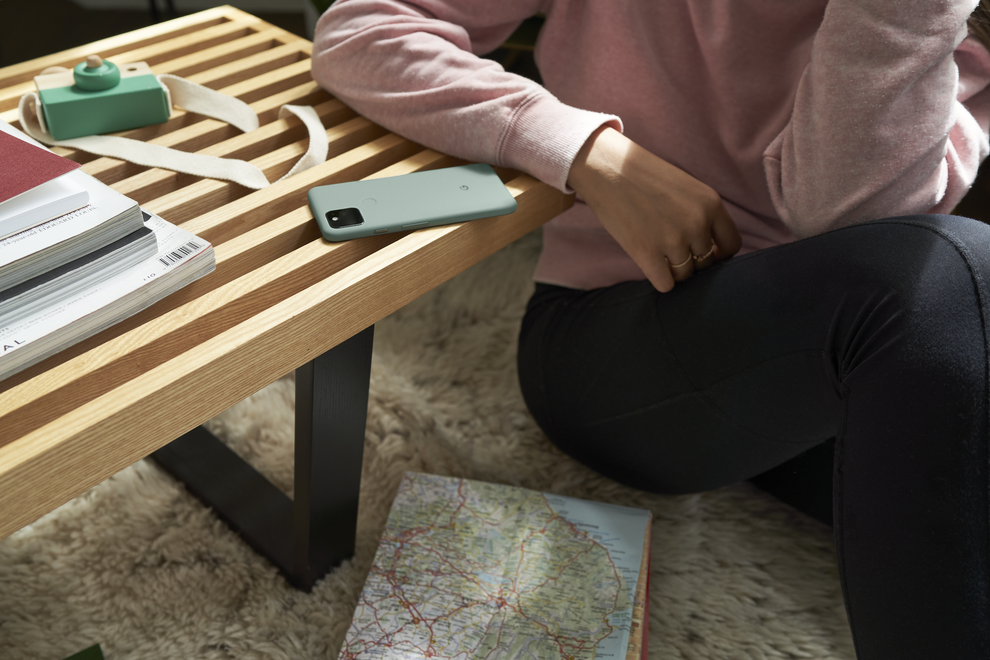 Google has just launched an initiative with the BFI to make the 50 “most rewatchable” films available to watch via a virtual scavenger hunt. I talked to a Google exec about the film venture and about the company’s latest phone, the Pixel 5.

When Soniya Jobanputra arrived at Google four years ago, her passion was about making hardware affordable and accessible – she had previously worked at Amazon on Echo devices and services. She’s now Product Manager for Google Pixel.

“When I arrived at Google,” she tells me by video call, on Google Meet, naturally, “I started with a little business case around doing something a little bit more affordable. I convinced a few folks to let me do it and that was the beginning of Pixel 3A.”

Pixel 3A broke the mould when it arrived in Spring 2019, changing the release schedule for Google’s own-brand mobiles from annual to twice-yearly, and following the whole-number release with a more affordable A model. Though it lacked some hardware features of the Pixel 3, Pixel 3A had the latest software with features exclusively for the Pixel range, such as an Augmented Reality update to Google Maps.

The same rhythm followed with Pixel 4 in autumn 2019 and Pixel 4A this year, though held back by the pandemic so much that it only arrived a little before the just-released Pixel 5.

“After Pixel 3A, I’ve been the Product Manager on Pixel 5, which has been super exciting because like with the Pixel 3A the objective of Pixel 5 was how do you take all the goodness that’s in these expensive thousand-dollar phones with 5G and make it so that more people can get access to 5G? How do we make 5G affordable, which is a fantastic technology because it enables you to gain access to data so quickly.”

Just as there have been super-affordable basic phones from, for example, Nokia, which have had 4G connectivity and therefore access to the Google Assistant, the democratisation of mobile phones is in keeping with the company’s image.

The new BFI collaboration is part of the same approach and uses the fact that the company also makes the incredibly popular Google Maps. “What we discovered in the first big lockdown was that the search for what to watch doubled,” Jobanputra explains. “We felt ‘Google Pixel presents Mobile Cinema’, would just be a fun virtual scavenger hunt for everyone to rediscover Britain’s iconic locations for some of these amazing films that the BFI helped us identify.”

Movies include Shakespeare in Love, Four Weddings and a Funeral, The Phantom Thread and Wallace and Gromit Curse of the Wererabbit.

The way it works is that when you go to mobilecinema.withgoogle.com, each film is plotted on a Google Map at that site with teasing symbols. Find one and you can stream the relevant film. Every three days the movies change. Until 27 November it’s romance movies, 28 to 30 November is comedy, then period movies, thrillers and then drama. There are limited numbers of codes to be redeemed and for the romances that opened the season, all had been taken within the first two days.

To stream the movie in decent quality, you need a connection as fast as 5G, which brings us back to the 5G-capable Pixel 5 (though you can stream on other phones besides the Pixel).

Google took a different direction this year, because the flagship is noticeably more affordable this time around. Google is very much going for a mid-range price. For all that, there’s plenty of top-end spec in the phone.

While it lacks the facial recognition of the Pixel 4, using a rear-mounted fingerprint sensor instead, it includes a new camera, striking design and 5G. It’s difficult, Jobanputra says, to choose which features make the cut.

“When you’re trying to make these devices affordable … it comes down to hard choices between technologies, what’s more valuable to the user”, Jobanputra  says.

“We try to put actual dollar figures against each feature set and we call it designing for value. We try to design our devices to maximize the value a user gets at any price point.”

One of the talking points of the Pixel 5 is it has a metal back but still manages to offer wireless charging. This apparent defiance of the laws of physics was a mystery at first.

“We wanted to build a device that was metal because we felt that it brought a lot of durability to the device. We set out the challenge saying, ‘Here’s what we’d like you to use as the material and here’s all the technology we want you to put in this little metal bucket, now how can we do this?

What the product design team ended up finding was the best solution was actually to stamp out the whole area that the antenna sits in and then cover the whole back with just the thinnest layer of resin so that you’re never the wiser that there’s a hole there in the middle of that back housing.”

The thin-but-stiff resin also meant the phone needed less paint, which is a benefit for the environment and was more cost-effective, too, apparently.

There is no Pixel 5 XL, as there was a larger version of previous Pixels. This drew surprised comments from some.

“We ran a bunch of user interface studies and we identified for the segment that are buying Pixel 5, there’s this ideal X dimension (the width of the phone) that just feels really comfortable in their hand. What we found is that this really perfect X dimension is less than 71 millimetres and so when we decided to design Pixel 5, we went with the biggest screen we could get within that 71 millimetres. We really wanted to make sure that it felt super comfortable. We’ve reduced the borders so much on these devices at this point that even when you get a small device, you’re still getting a large screen.”

And for its next phones, Google attempts to see what future use cases are coming around the corner, trying to design with those users in mind.

“I think our magic crystal ball is only so good but we do try to make sure that we’re looking at what the technical trends are that we see, what technologies are coming down the road and what we think are going to enable new ways for us to make our devices helpful for users,” Jobanputra  says.

“Most importantly, we try to make sure we’re thinking about the three years of software upgrades that we provide. We need to make sure that the hardware we’re launching today can survive those three years of upgrades, which means we right-size the memory, the processor and so on, so that in third year of software updates that you’ll still be getting new and helpful experiences.”