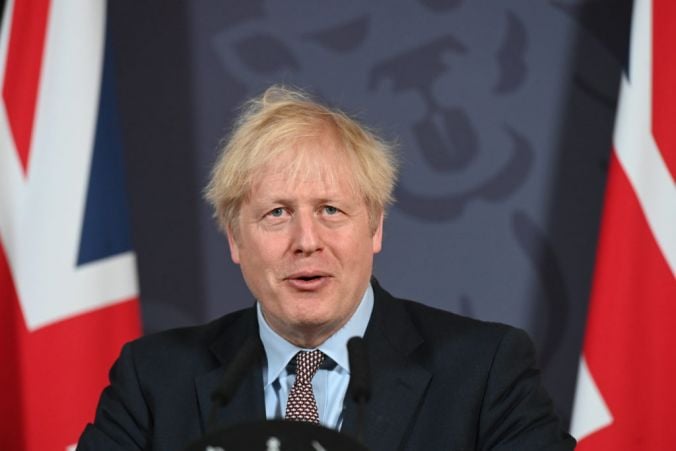 Conservative Eurosceptics are poring over the details of the Brexit trade agreement with the EU, as Boris Johnson tries to persuade them it is the “right deal” for their nation.

Scrutiny of the treaty began in earnest when the 1,246-page document was officially published on the morning of St Stephen’s Day – less than a week before its implementation.

It was quickly met with severe criticism from those working in the fishing industry who said they had been “sacrificed” in order to secure the deal with Brussels.

The UK Prime Minister acknowledged to Tory MPs that “the devil is in the detail” but insisted it would stand up to inspection from the European Research Group (ERG) of Brexiteers.

The group has convened a self-styled “star chamber” of lawyers led by veteran Eurosceptic MP Bill Cash to examine the full text ahead of a Commons vote.

The senior Conservative backbencher said No 10 sent him the treaty by courier on Saturday morning and that his team are in “constant communication”.

The UK remains a trusted partner. We will stand shoulder to shoulder to deliver on our common global goals.

But now let's turn the page and look to the future.

To all Europeans I say: it is time to leave Brexit behind.

Our future is made in Europe. pic.twitter.com/QefWjB5KdH

“We are in the process of analysing it,” Mr Cash told the PA news agency, citing the “issue of EU jurisdiction” as the key area that they will be examining in the 1,246-page document.

“Sovereignty is the key issue. The ECJ (European Court of Justice) is part of that,” he added.

No 10’s chief negotiator David Frost hailed the deal as beginning a “moment of national renewal” that he argued means the UK “sets its own laws again” by ensuring there is “no more role” for the ECJ.

However, the chief executive of the National Federation of Fishermen’s Organisation (NFFO), Barrie Deas, accused Mr Johnson of having “bottled it” on fishing quotas to secure only “a fraction of what the UK has a right to under international law”.

Mr Deas said the UK Prime Minister had “sacrificed” fishing to other priorities, with the subject proving to be an enduring sticking point during negotiations as they raced to get a deal by the end of the transition period on December 31st.

The fact that many predicted it, doesn’t make it any less galling. The Tories have sold out Scottish fishing all over again. Promises they knew couldn’t be delivered, duly broken. https://t.co/2oOV7nazm4

“Lacking legal, moral or political negotiating leverage on fish, the EU made the whole trade deal contingent on a UK surrender on fisheries,” Mr Deas said.

“In the end-game, the Prime Minister made the call and caved in on fish, despite the rhetoric and assurances that he would not do what Ted Heath did in 1973.”

Ahead of the deal’s publication, Scotland’s First Minister Nicola Sturgeon warned that it “spells short-term disruptions and long-term barriers”.

“Promises made to our fishing communities have been broken,” she added, in an article for The Times.

The share of fish in British waters that the UK can catch will rise from about half now to two-thirds by the end of the five-and-a-half-year transition.

A senior member of the UK negotiating team defended the fishing compromise as a transition to a point of “full control over our waters” but acknowledged that No 10 wanted the process to happen “faster”.

Meanwhile, the EU’s 27 member states indicated they will within days give their formal backing to the deal, which covers about £660 billion (€719 billion) of trade to allow goods to be sold without tariffs or quotas in the EU market.

Here is the text of the draft EU-UK Trade and Cooperation Agreement | European Commission https://t.co/RyM6t3T2aY

The extraordinary timing of the Christmas Eve deal forced politicians and officials in the UK and Brussels to tear up their plans.

MPs and peers will be called back to Westminster on December 30th to vote on the deal.

However, MEPs are not expected to approve it until the new year, meaning it will have to apply provisionally until they give it the green light.

The agreement will almost certainly be passed by the UK Parliament, with Labour supporting it, as the alternative would be a chaotic no-deal situation on January 1st.

But Mr Johnson is keen to retain the support of the Eurosceptics on his benches who helped him reach No 10 and minimise any further rebellions from within his own party.

He had earlier messaged Tory MPs on WhatsApp to recognise “the devil is in the detail” but that he believes the deal will survive “ruthless” scrutiny from the “star chamber legal eagles”.

“I truly believe this is the right deal for the UK and the EU,” he wrote, in a message seen by the PA news agency.

“We have delivered on every one of our manifesto commitments: control of money, borders, laws, fish and all the rest.

“But even more important, I believe we now have a basis for long-term friendship and partnership with the EU as sovereign equals.”

Officials in Brussels and the capitals of EU states were also beginning to scrutinise the deal, with another meeting of ambassadors expected before the new year, possibly on December 28th.