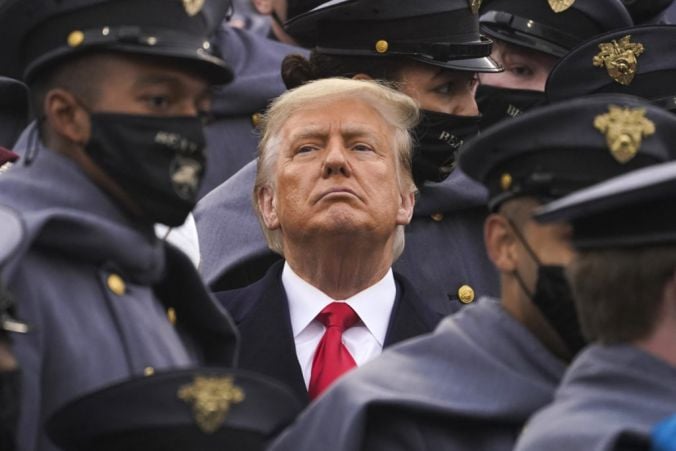 Millions of Americans are about to see their jobless benefits expire on Saturday as US President Donald Trump has so far refused to sign into law a $2.3 trillion (€1.9 trillion) pandemic aid and spending package.

Mr Trump stunned Republicans and Democrats alike when he said this week he was unhappy with the massive bill — which provides $892 billion in badly-needed coronavirus relief — as he insists it does not do enough to help everyday people.

Without Mr Trump’s signature, about 14 million people could lose those extra benefits, according to Labour Department data.

A partial government shutdown will begin on Tuesday, unless Congress can agree a stop-gap government funding bill before then.

After months of wrangling, Republicans and Democrats agreed to the package last weekend, with the support of the White House.

Mr Trump, who hands over power to Democratic President-elect Joe Biden on January 20th, did not object to terms of the deal before Congress voted it through on Monday night.

But since then he has complained that the bill gives too much money to special interests, cultural projects and foreign aid, while its one-time $600 stimulus checks to millions of struggling Americans were too small. He has demanded that be raised to $2,000.

“I simply want to get our great people $2000, rather than the measly $600 that is now in the bill,” the president tweeted on Saturday.

His refusal to sign prompted sharp rebuke from Mr Biden, who called on the outgoing Republican president to act immediately.

“This abdication of responsibility has devastating consequences… This bill is critical. It needs to be signed into law now,” Mr Biden said in a statement.

Americans face an unprecedented holiday season amid a pandemic that has killed nearly 330,000 people in the United States, with a daily death toll now repeatedly well over 3,000 people, the highest since the pandemic began.

Many economists agree the bill’s aid is too low, but say the immediate support is still welcome and necessary.

A source familiar with the situation said Mr Trump’s objection to the bill caught many White House officials by surprise. While the outgoing president’s strategy for the bill remains unclear, his repeated expression of discontent over it dashed hopes that he would sign.

Mr Trump spent much of Thursday and the Christmas Day golfing at his club in West Palm Beach, Florida. The bill has been sent to Mar-a-Lago, his Florida residence, where he is spending Saturday.

On Friday, Mr Trump said he has held many calls and meetings from his golf club, but neither him nor the White House provided details. He has been sending tweets repeating his baseless claims about election fraud and accusing his fellow Republicans of abandoning him in his bid to overturn the election result, already shot down multiple times by US courts.

Mr Biden, whose November 3rd electoral victory Mr Trump refuses to acknowledge, is spending the holiday in his home state of Delaware.

Democratic US Representative Don Beyer told CNN that Mr Trump can still save the day if he signed the bill Saturday: “That means that the people on pandemic unemployment insurance, which runs out today, get to keep it… And the way forward if he signs this, on Monday the House will take up his $2,000 check – direct check stuff – which we’ve been for all along.”

The US Congress, which normally is adjourned the last week of December, will be preparing to return to work. The Democratic-controlled House plans to vote on legislation providing one-time $2,000 checks to individuals.

Mr Trump has also repeated his discontent over a $740 billion bill authorising the nation’s defence programmes, a legislation he vetoed last week.

On Monday, the House is scheduled to vote on overriding Mr Trump’s veto. If the House vote succeeds, the Senate could hold its vote as early as Tuesday.