struck just off the coast of Los Lagos in the south of the country. According to the European Mediterranean Seismological Centre (EMSC), the earthquake hit a depth of ten kilometres. The quake took place at 9.39pm UTC (6.33pm local time).

There have been no immediate reports of casualties or damage from the aftershock of the earthquake.

One person said: “It felt very long and prolonged.

“Some objects also fell from the walls.” 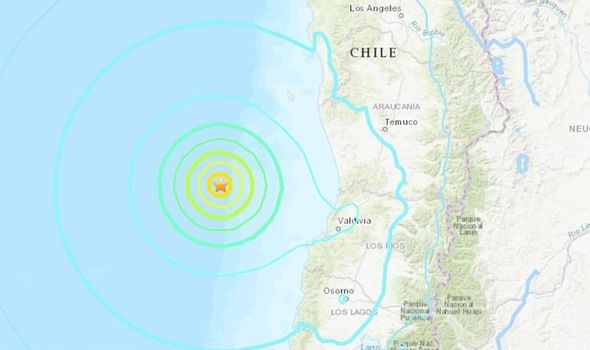 The Pacific Tsunami Warning Centre (PTWC) said a tsunami was not generated by the quake, with other Pacific nations safe from a follow-up disaster.

Chile’s 6.8 magnitude earthquake struck around 95 miles west-northwest of Valdivia, Chile at a depth of around six miles (10km).

The US Geological Survey (USGS) reported the quake was ranked as a “green alert”, meaning a “low likelihood of casualties and damage”.

The USGS also said Valdivia and nearby areas are set to feel a light shake, with only around 6,000 Chilean’s expected to suffer from moderate tremors. 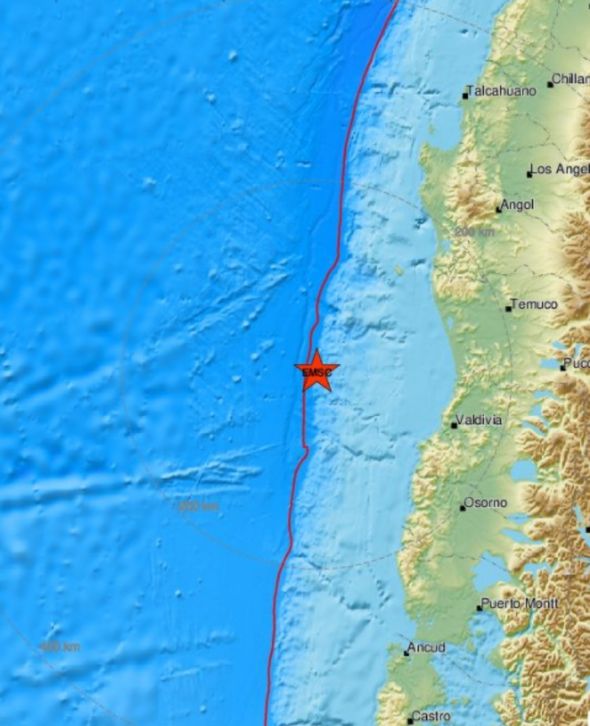 Valdivia was the site to the strongest recorded earthquake in history in 1960, with a staggering 9.4-9.6 magnitude causing havoc across Chile.

The quake triggered a massive pacific-wide tsunami which crashed into New Zealand, Japan, the Philippines and Hawaii.

The death toll for the 1960 Valdivia quake was never officially determined, with Government estimates held at 1,655, and the total economic damage from the quake reached $550 million.

In 2010, Chile was struck by an 8.8 magnitude earthquake starting 1.9 miles away from the coast of Pelluhue.

Intense shaking lasted around three minutes with a destructive tsunami following the disaster, leading to a total 525 dead.