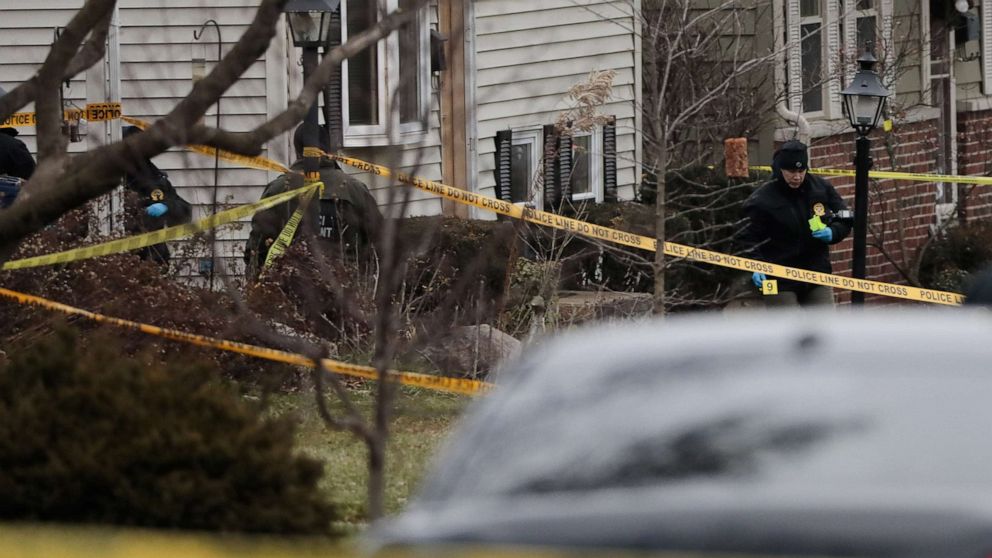 Columbus, Ohio, Mayor Andrew Ginther has called for the termination of a police officer involved in the shooting of an unarmed Black man after body camera footage released Wednesday showed the officer did not appear to provide immediate aid to the victim.

The police officer, identified as Adam Coy, a 19-year veteran of the Columbus Division of Police, had his badge and gun taken away and was stripped of all police powers Tuesday pending an investigation after it was discovered that he did not turn on his body camera until after the shooting.

The footage released Wednesday comes from the camera’s “look back” function, which captures video 60 seconds before an officer turns on the device, investigators said. It includes footage from after Coy opened fired as he and other officers responded to a 911 call in Upper Arlington, the Columbus Department of Public Safety said.

Andre Maurice Hill, 47, was killed in the shooting, police said.

The incident began at 1:37 a.m. Tuesday when officers were dispatched to a “non-emergency” disturbance call from a neighbor who allegedly saw a man sitting in an SUV for an extended period of time, according to the Columbus Department of Public Safety. The person in the car allegedly kept turning his vehicle on and off, the agency said.

Hill is seen in the body camera footage coming out of a garage with a cellphone in his left hand and his right hand obscured before Coy opens fire. The “look back” function does not record the audio before the shots were fired.

Coy is then seen approaching Hill’s body, ordering that the wounded man show his hands and roll over, before asking a colleague if medics have been called. Coy does not administer aid to the victim, according to the footage.

Hill was taken to Riverside Hospital where he was pronounced dead, investigators said. No weapon was found at the scene and none of the responding officers had their cameras on until after Hill was shot, according to investigators.

The Ohio Bureau of Criminal Investigation is overseeing the probe into the shooting.

Hill’s family, including his daughter, saw the footage on Tuesday, Ginther said Wednesday.

The mayor said Hill was known to the residents of the house and was their guest that night.

“He was expected. He was not an intruder,” Ginther said.

The mayor said he was shocked and stunned when he saw the body camera footage, especially since it took “several minutes” for the officers to administer aid to Hill.

He called for Hill to be terminated for failing to turn on his camera and not administering aid after he opened fire.

Ned Pettus, director of the Department of Public Safety, said at Wednesday’s press conference that there would have to be a hearing before any formal termination could happen.

“My commitment, my legal obligation, is to conduct a fair and impartial hearing, and that is what I intend to do,” he said.

Ginther, who earlier Wednesday had attended the funeral of Casey Goodson Jr., a Black man who was shot by a sheriff’s deputy in Columbus on Dec. 4, said to the city’s Black community that he understood their frustration and concern following both incidents.

“Enough is enough. This community is exhausted,” he said.

Hill’s sister, Shawna Barnett, posted a photo of the two of them on her Facebook page along with a message to others about how the family is dealing with his death.

“My brother was snatched away from me, our family. I’m deeply hurt and in pain at the moment and will be able to speak soon … but not at the moment,” she wrote. “We need time to process what has happened to my brother, my only brother, that I cannot laugh with again, call on the phone, see him smile, hear him talk endlessly, and be there for me when I needed him.”

“Now I and my family will be there for him (and other murdered victims) to take up this plight that our culture has painfully endured for years,” she added. “The violence against us … This has to stop right NOW!”