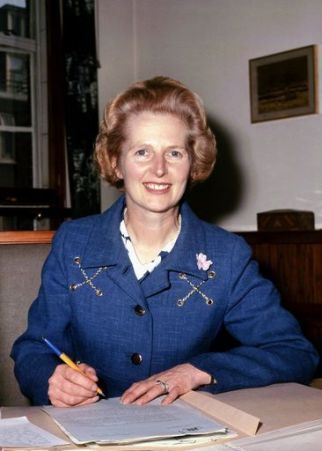 File photo dated 01/06/70 of Margaret Thatcher, who vowed to transform the European Commission into a professional civil service, official

She also objected to the idea of a European police force.

She said: “The Commission was necessary for the European Community to start off but it is a totally non-democratic power structure now.

“It is not responsible to the European Parliament or to any other parliament.

“What we need there is a proper professional civil service to serve the Council of Ministers.”

Mrs Thatcher added: “We must metamorphose it into that.”

The Council of Ministers is formed from representatives of the union’s member state governments.

A verbatim note of her comments were contained in an official Dublin file from June 1990 and published this month.

She said the European Parliament should have powers of inspection of the Commission.

At that time, the Soviet Union’s influence over Eastern bloc communist states in Europe was collapsing.

Mrs Thatcher said: “Eastern Europe is trying to get to a democratic system.

“And who is dealing with them?

“It is now Delors – a mere appointee.”

Jacques Delors was the president of the European Commission and played a key role in the design of the euro and creation of the Single Market.

An Irish official present at the meeting noted Mrs Thatcher’s “strong” view that no further legislative powers should be given to the European Parliament.

He wrote: “She was totally opposed to the Belgian/German proposition that powers of co-decision be given to Parliament.”

During the discussion with her Irish counterpart, Mrs Thatcher also said anti-apartheid sanctions on South Africa were “irrelevant” as all the countries which purported to apply them ignored them.

The official note paraphrased: “South Africa was the best economy in Africa and every help should be given towards its development.”