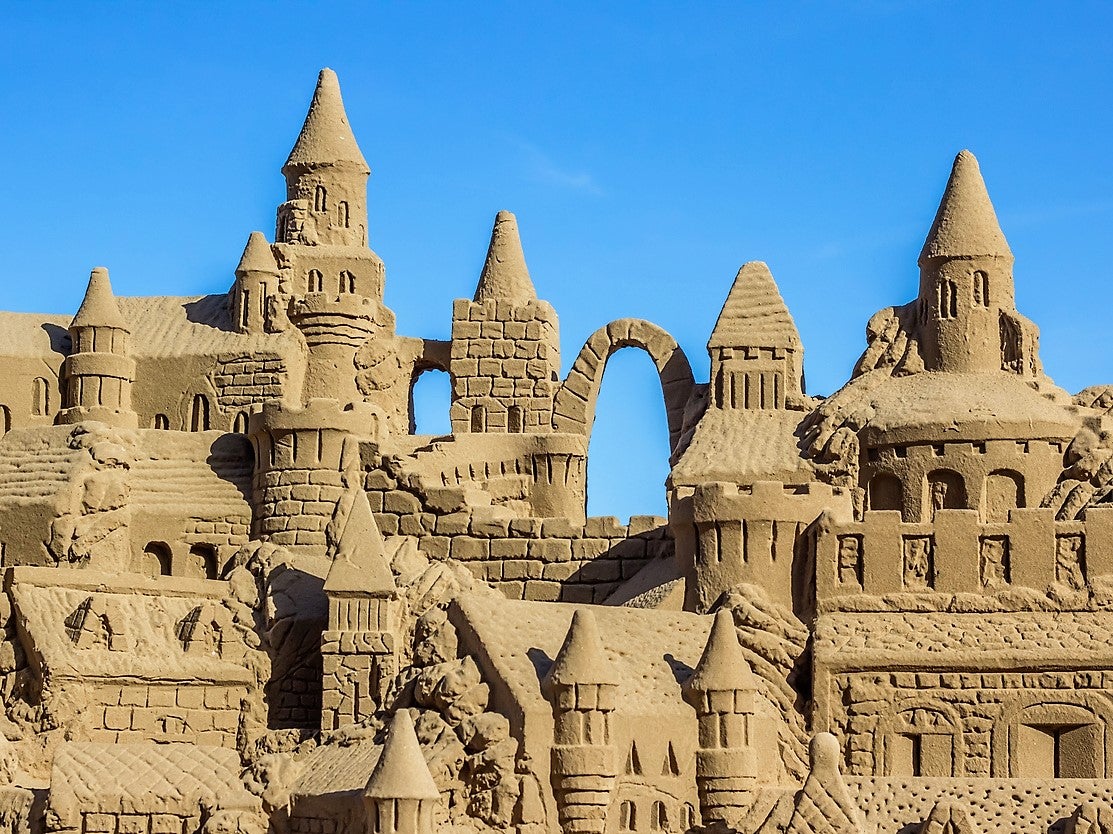 A 150-year-old physics mystery relating to how sand castles hold together has been solved by the inventor of the “miracle material” graphene.

Professor Sir Andre Geim, who won the 2010 Nobel Prize in Physics for his work on graphene, led a team at the University of Manchester to solve a mathematical puzzle that has baffled scientists since it was first proposed by Victorian physicist Lord Kelvin.

The Kelvin equation centres around a natural phenomenon known as capillary condensation, which is the process that causes water molecules to bind grains of sand together when wet.

This form of microscopic condensation is fundamental to common physical processes like friction and adhesion, but until now physicists were forced to rely upon the incomplete Kelvin equation that only explains binding forces on a macroscopic level.

In order to prove the process at a microscopic level, the researchers created artificial capillaries just one atom high that were capable of accommodating a single layer of water molecules.

The breakthrough was published in the journal Nature this week, in a paper titled ‘Capillary condensation under atomic-scale confinement’.

“This came as a big surprise. I expected a complete breakdown of conventional physics,” said co-author Qian Yang.

“The old equation turned out to work well. A bit disappointing but also exciting to finally solve the century old mystery. We can now relax. All those numerous condensation effects and related properties are finally backed by hard evidence rather than a hunch like ‘the old equation seems working – therefore, it sould be OK to use it.”

Professor Geim added: “Good theory often works beyond it applicability limits. Lord Kelvin was a remarkable scientist, making many discoveries but even he would surely be surprised to find that his theory – originally considering millimetre-sized tubes – holds even at the one-atom scale.

“In fact, in his seminal paper Kelvin commented about exactly this impossibility. So, our work has proved him both right and wrong, at the same time.”