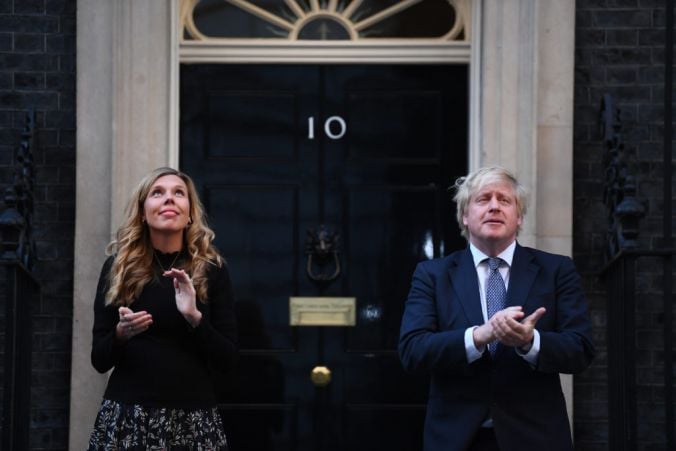 UK Prime Minister Boris Johnson’s son Wilfred has been pictured putting the finishing touches to a painting as part of a charity scheme to bring together children and senior citizens.

The eight-month-old was snapped adding antlers to a picture of a reindeer using his fingers and brown paint, with the artwork later sent on to an 89-year-old with Parkinson’s.

Wilfred, in the picture taken by the Number 10 photographer Andrew Parsons and published in the Mail on Sunday, has his face hidden by his curly blond hair and was wearing a cardigan bearing likenesses of the Queen’s Guard and red and white reindeer trousers.

The artwork was part of the Hand in Hand Together scheme set up by The Together Project, while the picture’s recipient Betty Boyes, of North Yorkshire, sent back a picture of a blue hand with the numbers one to ten, the paper said.

Mrs Boyes, of Saltburn-by-the-Sea, told the Mail on Sunday: “I can tell that the antlers are Wilfred’s hands. Do you think Boris did the reindeer’s face?

“I was told my handprint was going to a VIP but I didn’t know who until it arrived. I hope little Wilfred liked the shapes and bright colours on my print.”

The picture of the reindeer was accompanied by an information sheet, filled out by his mother Carrie Symonds, which revealed Wilfred’s first two teeth have come through, his favourite song is Old MacDonald Has A Farm and his best friend is Dilyn, their family dog.