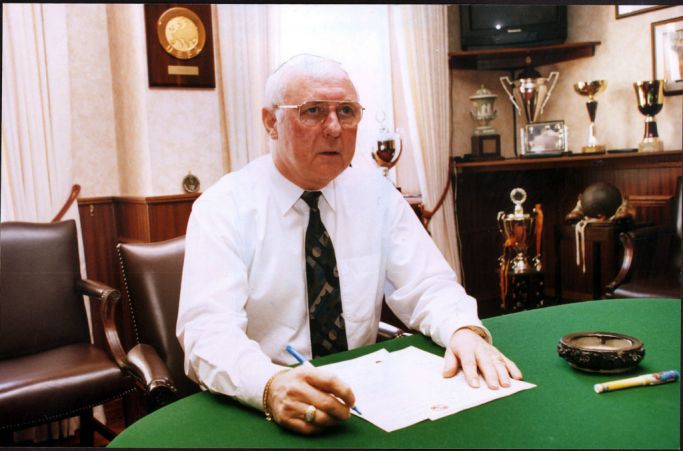 Jim McLean, Dundee United’s title-winning manager, has died at the age of 83, the club have announced.

McLean led United to their only league championship in 1983 after transforming the fortunes of the Scottish club.

A statement on United’s website read: “Dundee United are extremely saddened to learn Jim McLean has passed away.

“An integral part of our history and rise to the forefront of European football, Jim was simply a titan of Dundee United folklore, cherished by the United family the world over.

“He will be sorely missed by us all. In remembrance of Jim, the flags at Tannadice will fly at half-mast.”

McLean also played for and coached at United’s local rivals Dundee, who tweeted: “All at Dundee Football Club were saddened to learn of the death of former player Jim McLean this evening.”

All at Dundee Football Club were saddened to learn of the death of former player Jim McLean this evening. pic.twitter.com/sgk2OiQE2P

Together with Sir Alex Ferguson at Aberdeen, McLean helped shake up Scottish football in the 1980s as the ‘New Firm’ challenged the hegemony of Celtic and Rangers.

McLean spent 22 years as United boss from 1971, leading them to two League Cup trophies in 1980 and 1981 as well as two more finals, and they were runners-up in the Scottish Cup five times under his charge.

Renowned for his tactical acumen and strict discipline, he also made them a force in Europe, reaching the European Cup semi-finals in 1984 and the UEFA Cup final in 1987, beating Barcelona at home and away on their way to the latter.

Statement from the McLean family: pic.twitter.com/ty5gWs7MUF

A statement from McLean’s family, published on United’s website, read: “Jim was a much-loved husband, father, brother, uncle and father-in-law, and we will all sadly miss him.

“His remarkable six-decade career made him a true legend not only at Dundee United, but across the world of football.

“Jim’s achievements in leading Dundee United to the Scottish Premier League title in 1983 and to the semi-final of the following season’s European Cup are unlikely ever to be repeated.

“This is a very sad day for our family, but we will be eternally proud of Jim. We would ask that our privacy is respected at this very difficult time for our family.”