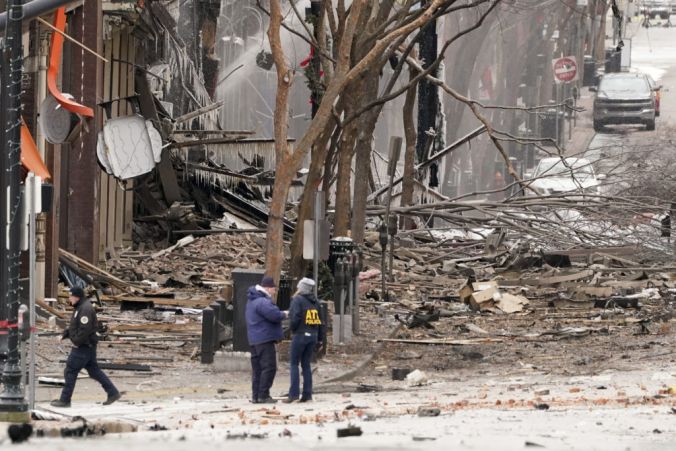 Authorities say the man suspected off setting off a bomb in a vehicle that rocked central Nashville on Christmas Day died in the explosion.

US Attorney Don Cochran identified the suspect on Sunday as Anthony Quinn Warner.

Investigators said they used DNA to identify the remains as Warner’s.

The FBI said they also matched the vehicle identification number to a registration belonging to Warner.

Federal agents and police had searched a home in suburban Nashville associated with Warner.

Authorities did not immediately provide details about a potential motive.

Douglas Korneski, the special agent in charge of the FBI’s office in Memphis, said there was no indication anyone aside from Warner was involved in the bombing.

Three people were injured and dozens of buildings were damaged.