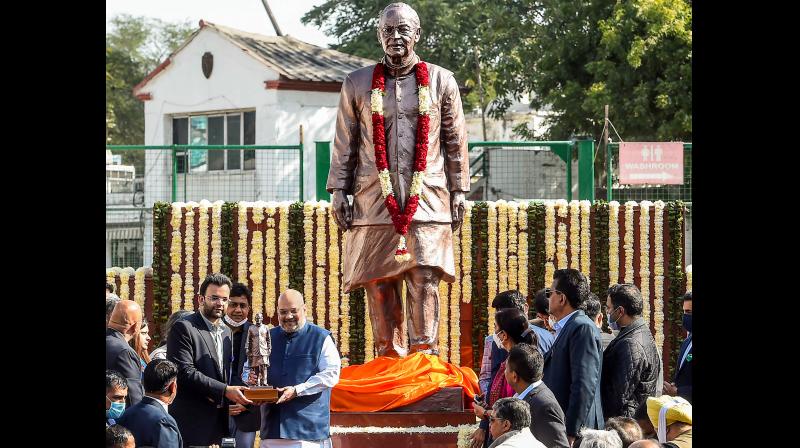 Delhi and District Cricket Association (DDCA) is all set to erect Arun Jaitley's bronze statue at the Stadium on 28th December, the birth anniversary of the late politician, who passed away in August last year.

This despite the concern raised by former India captain Bishan Singh Bedi, who in the protest even has suggested removing his name from the spectators' stand.

Interestingly, Jaitley's statue has been prepared by the same sculptor who designed the Sardar Patel statue at Statue of Unity.

The statue is ready and even the pedestal is constructed, it (statue) has been delivered at the stadium", one of the sources said.

Issues on Bedi's concerns over the statue are not resolved yet.

"Look Bedi is a God father of cricket. Will take some time to sit with him (to resolve the differences), Rohan Jaitley, the son of late Arun Jaitley, speaking exclusively over the telephone from Delhi said.

Earlier, the DDCA secretary Vinod Tihara said, "look Bedi is a legendary cricketer and his contribution to the game is praise worthy but at the same time late Jaitley has done for the stadium can not be ignored".

"With the encouragement of Jaitley, the Indian team has seen Virat Kohli, Virender Sehwag, Gautam Gambhir and few other cricketers".

"Our management people would love to sit with Bedi and sort out the differences", he added.

Dr. Narottam Puri and Dr. Ravi Chaturvedi, the renowned cricket commentators were two among the others who were consulted before the authorities put Bedi, Mohinder Amanrnath and Virat Kohli's names to the stands.

"It will be sad and unfortunate if the name of Bedi is removed from the stand", Dr. Puri, speaking from Delhi, said.

"Bedi is an all-time great cricketer and if his life membership is returned it will be very very sad indeed", he added.

"It is better if two parties sit together and sort out the issues", Dr. Chaturvedi, said. "It will be the black day in the history of Indian cricket if the situation comes to remove stalwart Bedi's name from the stand", he added.

Because of the COVID-19, guests in large numbers are not invited.