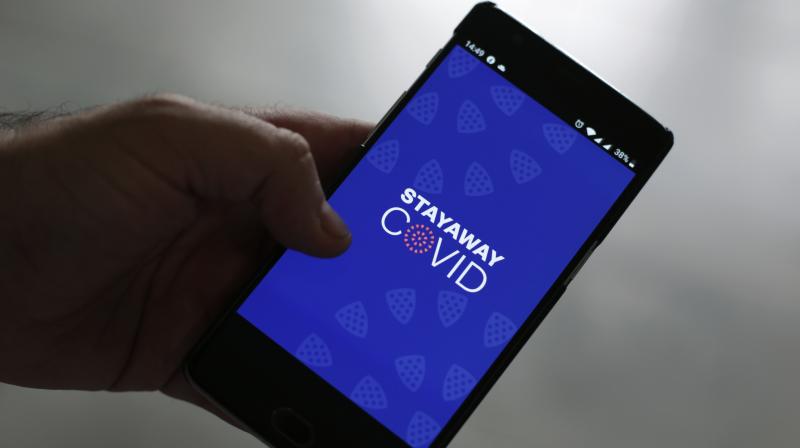 London: Mobile apps tracing new COVID-19 cases were touted as a key part of Europe’s plan to beat the coronavirus outbreak. Seven months into the pandemic, virus cases are surging again and the apps have not been widely adopted due to privacy concerns, technical problems and lack of interest from the public.

Britain, Portugal, and Finland this month became the latest to unveil smartphone apps that alert people if they’ve been near someone who turned out to be infected so they can seek treatment or isolate – a key step in breaking the chain of contagion.

But a few countries have scrapped their tracing apps and others that have rolled them out have found so few users that the technology is not very effective. The adoption rate goes from about a third of the population in Finland and Ireland, to 22% in Germany and a meager 4% in France.

Health officials initially targeted a 60% adoption rate, an optimistic goal based on an Oxford University study from April although researchers noted a lower uptake still helps if other measures, such as social distancing, are enforced.

Kevin Kelly, an accountant in Limerick, Ireland, says his country’s app is easy to use and helps gauge local infection trends by showing how many cases each county has. He mainly uses the check-in feature to report his symptoms daily, but worries that only a fraction of the other 1.3 million users do, too.

“Everyone downloaded it but I’m not sure who is regularly using it,” said Kelly, 43.

The exposure alert function has so far been less useful: he hasn’t received any. “Unless there’s a huge surge, which I suppose it may happen, that’s when we’ll see how effective it is.”

Places that have had the most success in getting people to voluntarily use virus-tracing apps tend to be smaller countries in Northern Europe where trust in the government tends to be higher and where people are comfortable with new technologies.

Finland’s app quickly became one of Europe’s most popular when it launched at the start of September, racking up about 1 million downloads in the first 24 hours. Downloads have kept rising roughly a third of the country’s 5.5 million people now have it.

“I’ve gotten several calls from people in their eighties calling to know how the application works,” said Aleksei Yrttiaho, a spokesman for the Finnish Institute for Health and Welfare.

Finnish users said they felt it was a civic responsibility to install it.

“It’s our duty to take of care of the health of our fellow citizens and those close to us,” said William Oesch, 44, a photographer in Helsinki.

Ella Ahmas, a 23-year-old business student at Aalto University, said she was surprised the government had been able to persuade so many people to download it, when Finns have been less willing to use simpler methods like wearing masks on public transport.

“It’s not really a huge effort to download the app, which works on its own,” she said.

Ahmas and Oesch shrugged off privacy issues, and noted their personal data was already held by the likes of Google and Facebook.

Most European tracing apps are built on a Google-Apple smartphone interface that uses Bluetooth technology to anonymously log the proximity of any other smartphones with the app installed. It does not track the phone’s whereabouts. Users who test positive for COVID-19 upload anonymous codes to alert others who’ve been in close contact. The design is aimed at preserving user privacy, and that might be one factor helping adoption, though it also hinders efforts to track their use and effectiveness.

They don’t yet work across the European Union’s many borders, but six countries have started testing a virtual “gateway” that enables this.

France’s app, which uses a centralised data storage system criticized by privacy activists, has an adoption rate of just 4% months after its launch. Norwegian officials were forced to halt their app because of privacy concerns over its use of phone location data. Israel’s app uses both Bluetooth and phone location data and says that uptake has not been as strong as hoped.

China, COVID-19’s original epicenter, doesn’t have a tracing app but instead one that shows a coloured code indicating health status, adding to the country’s electronic monitoring.

“The privacy issue is a political choice,” said Sean L’Estrange, a social scientist at University College Dublin who has studied testing and tracing. “To the extent you can maximize privacy, you increase the credibility of the app because it won’t arouse suspicion.”

The UK government switched to Google-Apple technology for its new virus app for England and Wales after scrapping a centralized version because of technical issues.

The US doesn’t have a national tracing app but some states have launched their own. Pennsylvania and Delaware decided to use NearForm’s technology.

Even if it picks up only a few extra cases, the Irish app is worth the money given how little it cost, said L’Estrange.

But is it possible to determine whether these apps have had any effect on controlling the pandemic?

We might never know for sure, said Stephen Farrell, a computer scientist at Trinity College Dublin who has studied tracing apps. That’s because most apps don’t require contact information from users, without which health authorities can’t follow up. That means it’s hard to assess how many contacts are being picked up only through apps, how their positive test rates compare with the average, and how many people who are being identified anyway are getting tested sooner and how quickly.

“I’m not aware of any health authority measuring and publishing information about those things, and indeed they are likely hard to measure,” Farrell said.

At most, apps can provide an overall number of alerts sent. In Ireland, more than 300 people who have tested positive have uploaded their codes, resulting in 900 close contact alerts, out of over 33,000 confirmed cases overall.