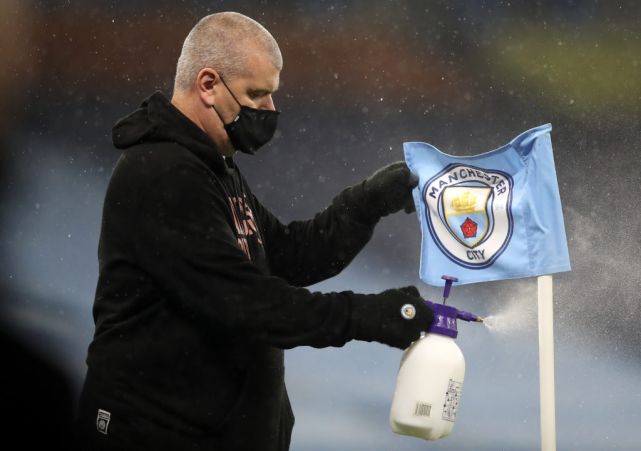 City already had Kyle Walker and Gabriel Jesus isolating after they tested positive three days ago and an increased number of new positives prompted a request for the game not to go ahead because the “security of the bubble” was compromised.

Here, the PA news agency looks at what the implications could be for City’s season.

NEWS | This evening’s game at Everton has been postponed.

All those who have tested positive at City in the latest batch of cases must follow Government guidance to isolate for 10 days. However, with concerns the club environment could become a hot spot for transmission, the training complex has been closed for an “indeterminate” period. Further testing will be conducted on Tuesday to help minimise the risk of further infection.

What are the immediate implications for City?

There is real potential for Sunday’s match at Chelsea to not go ahead. When a similar outbreak at Newcastle forced the postponement of their fixture with Aston Villa four days before its scheduled date of December 4, their training ground was closed. Steve Bruce’s side resumed playing 11 days after the original announcement and so missed only one round of Premier League matches.

However, with City due to play three games in the next 13 days, they could suffer greater disruption. After Chelsea at the weekend there is a Carabao Cup semi-final at Manchester United followed by an FA Cup third-round tie at home to Birmingham.

Are City’s cup runs in danger?

Tottenham Hotspur have been awarded a bye to Round Four of the Carabao Cup.

In accordance with Carabao Cup Rules, the @EFL have determined that The O's forfeit the tie.

The rules of the Carabao Cup allow, from the quarter-final stage onward, a tie to be rescheduled as a result of Covid-19. This was not the case in the early rounds when Leyton Orient had to forfeit their match against Tottenham in September after a number of coronavirus cases left them unable to field a team.

With the Carabao Cup final having already been put back to April in the hope that will offer a greater chance of fans being present, there is some breathing space in the schedule for the tie to be rearranged. With the FA Cup game being almost a fortnight away, there seems less chance that will be affected, unless there are further outbreaks at City later this week or next.

What are the longer-term issues for Pep Guardiola?

Aside from any health concerns – City midfielder Ilkay Gundogan has spoken of aching limbs and exhaustion after he tested positive at the start of the season – the main headache is going to be fitting a rearranged game or games into an already compressed programme.

They play every weekend and midweek between now and February 6, but would then potentially have two spare midweeks to fit in the Everton game and, if they had to be rearranged too, either the Chelsea match or the Carabao Cup semi-final. The Champions League then restarts for City on February 24 with a trip to Germany to face Borussia Monchengladbach.

However, progress in the FA Cup could bump some Premier League matches (the weekend of January 23 and a midweek slot commencing Monday, February 8) further down the line for rescheduling. With City already six points behind defending champions Liverpool – who have the chance to extend that gap at Newcastle on Wednesday – it is not an ideal situation for Guardiola.