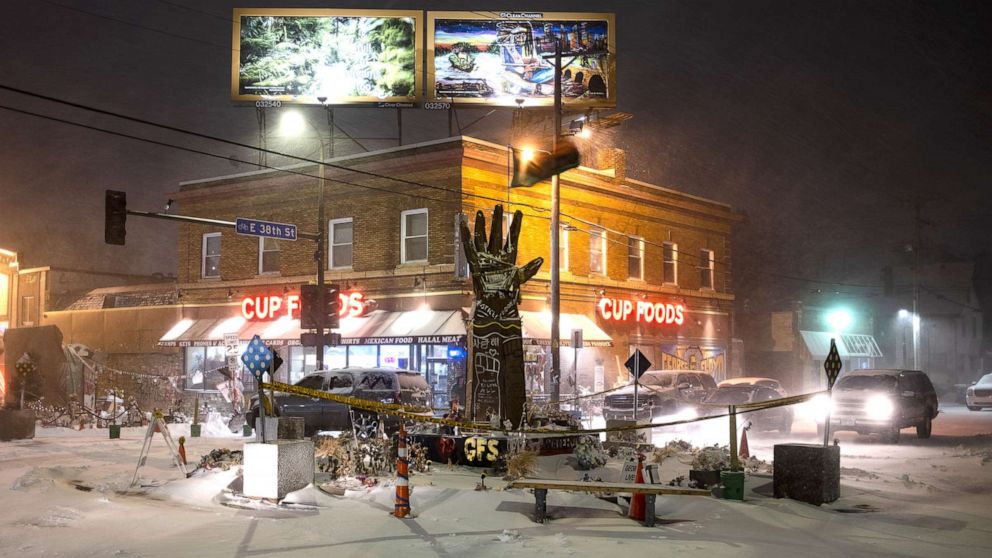 A man and a woman were reportedly shot Sunday night near a memorial in Minneapolis for George Floyd, the 46-year-old Black man whose death this year at the hands of police set off nationwide protests.

Officers responded to a report of a shooting at 8:42 p.m. near the intersection of 38th Street and Chicago Avenue South in Minneapolis, police department spokesman John Elder said in a statement to ABC News. The intersection is near where a police officer was video recorded kneeling on Floyd’s neck.

Elder said that while en route to the call Sunday night, officers were advised two adults had been shot in the area and were taken to separate hospitals in private vehicles.

He said officers searched the area near the intersection, but could not find the definitive scene of the shooting.

The incident remained under investigation on Monday. No arrests have been made, Elder said.

On May 25, Floyd was arrested in front of Cups Food near the intersection of 38th and Chicago Avenue South after allegedly using a fake $20 bill at the market, according to police.

While attempting to take Floyd into custody, four police officers were recorded on cell phone video holding the handcuffed man face-down on the ground and one of them, Derek Chauvin, with his knee digging into the back of Floyd’s neck as he repeatedly cried out, “I can’t breathe” before his body went limp.

Floyd was taken to a hospital where he was pronounced dead.

The intersection almost instantly became a flashpoint for protests and demands for justice for Floyd that spread nationwide.

In the aftermath of Floyd’s death, all four officers involved in the arrest were fired and criminally charged.

Miguel Cardona: Biden’s pick for Education is a teacher – and unifier

Asian man stabbed in back in Chinatown, suspect charged with attempted murder

In post-Trump era, a GOP battle of ideas – and test of Trump’s clout