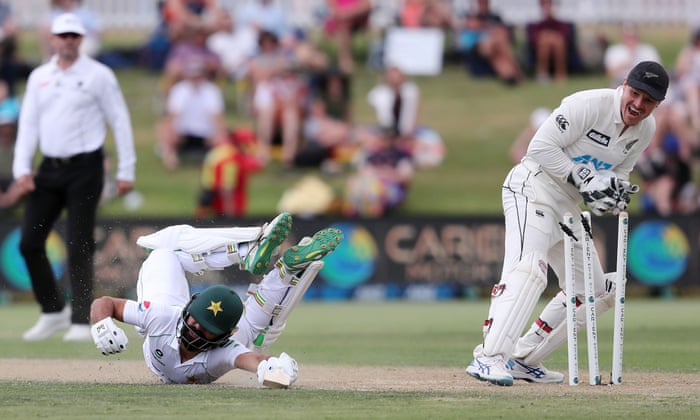 Ahhh, midwinter Test matches. For cricket-lovers around the world keeping a sleepy eye on Australia’s showdown with India, there’s nothing quite like the warm feeling of waking up to an Aussie batting collapse. It can be rather ruined when swiftly followed by the icy feeling of waking up to an Indian batting catastrophe. But that makes it all the better when India bounce back to pull off a famous victory masterminded by a stand-in captain.

The last week in December is the peak of the cricket year, even if the only tests involving England this time are of the medical variety. It’s also the moment to look ahead and work out what we would like to see in 2021. So here are The Spin’s wishes, some realistic, others merely hopeful – but then, as the Guardian likes to say, hope is power.

1) The gates are opened

Cricket can manage better without fans than many sports – it has had plenty of practice. But an empty ground is still a crying shame, and as the Premier League has shown, even a distanced crowd can drum up an atmosphere. This is one facet of the pandemic where the British government has erred on the side of caution. In hindsight, it would have been perfectly fine to build on the experiments of midsummer, rather than abruptly giving up on them. A couple of thousand people could have safely trickled in to watch each day of England’s matches at the Ageas Bowl and Old Trafford. Let’s hope the relevant minister, Oliver Dowden, noticed that the MCG in Melbourne has just lifted its attendance back up to 30,000, or about one-third capacity.

There is plenty of time to iron out the details: England’s home summer is due to begin on 29 June, almost as late as last year, and the first Test is not until 4 August. There’s even time for Dowden to be replaced by someone who actually has a passion for culture and sport. It’s baffling that Boris Johnson has yet to hand the culture brief to Jesse Norman, the financial secretary to the Treasury, who a) writes books, b) plays the trumpet, c) supports Manchester United and d) loves cricket.

If you asked a fan to name the world’s top-ranked Test team, they would almost certainly say Australia or India. The latest ICC rankings, issued on 14 December, have Australia top by a whisker. But it’s not India who are breathing down their necks – it’s New Zealand, the quiet achievers of international cricket. By the time their current series are over, any of the three could come out on top. If New Zealand win both their home Tests against Pakistan, it will take a 3-1 win by either Australia or India to keep them from the summit. Cinderella is at the ball: the only question is how long she is staying.

3) Crawley does it again

It’s a great achievement to make a Test hundred for England, and in 143 years, only 171 men and 21 women have discovered what it feels like. The latest of them is Zak Crawley, aged 22, with that fabulous innings of 267 against Pakistan. As he gazes out from his flat at the St Lawrence Ground in Canterbury, there’s just one small cloud in the sky. Of the 170 Englishmen to make a Test hundred before him, 60 never added a second. 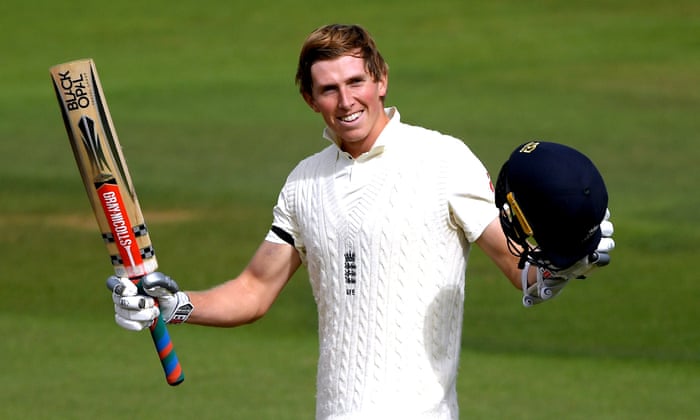 The One Ton Club includes two players with their name on a stand at Lord’s (Plum Warner and Gubby Allen); several other England captains (Douglas Jardine, George Mann, JWHT Douglas, Tony Lewis); a sprinkling of commentators (Trevor Bailey, David Lloyd, Nick Knight); a man whose first Test hundred was even bigger than Crawley’s (Tip Foster, who made 287 in Sydney on his Test debut); a couple of cult figures (Gilbert Jessop, David Steele); three of Crawley’s recent teammates (Ollie Pope, Chris Woakes and Stuart Broad); another of his fellow tourists this winter (Ben Foakes); and his mentor, Rob Key, who stroked 221 against West Indies at Lord’s but never reached that second fine careless rapture. Crawley hasn’t had much practice making hundreds – the 267 was only his fifth in first-class cricket – but he has the talent and the temperament to stop his magnum opus turning into a millstone.

Bowlers need landmarks too. Mark Wood waited nearly four years for his first England five-fer, added another a year later, and then hit the buffers. His problem hasn’t been bowling badly, it has been getting on the field. Since his blazing breakthrough in St Lucia, Wood has played only three Tests – two in South Africa that went swimmingly and one in Southampton that gave West Indies a measure of revenge. By the end of this year, he was even missing from the white-ball side, squeezed out by the Curran brothers. After spending far too long with the physio, Wood is now having to deal with a different kind of frustration, living in the bubble and carrying the drinks.

The Spin is not just concerned because Wood is a great character and a magnificent sight when in full flow. Come next winter’s Ashes, England are going to need all the firepower they can get, assuming Steve Smith remembers how to reach double figures. Of England’s many talented seamers, Wood is the only one who gets dramatically better when he steps on a plane: his average in overseas Tests is under 21, while at home it’s nearly 45. On 11 January, he turns 31. Three days later, all being well, England face Sri Lanka in Galle, and with Jofra Archer resting, Wood’s is the first name we will be looking for on the team sheet.

5) Holding has a bestseller

Cricket’s most moving moment in 2020 was when Michael Holding and Ebony Rainford-Brent bared their souls on Sky and talked about facing racism. Coming from Holding, who has been so self-contained as a commentator, it was like the moment when David Attenborough finally spoke out about the state of the climate – his dignity, and seniority, lent even greater weight to his dismay.

Holding is writing a book called Why We Kneel, How We Rise. His agent is Charlotte Atyeo, who used to be at Bloomsbury working on Wisden, and his publisher is Ian Marshall of Simon & Schuster, the man behind the Playfair Cricket Annual. There have been several bestsellers about race, but none of them has homed in on sport. It would be great if Holding changed that.

For Ireland’s cricketers, 2020 started promisingly, with nine white-ball games in 10 weeks. Touring West Indies in January, they bounced back from a 3-0 drubbing in the ODIs to draw the T20 series 1-1. As the thwack of leather on willow gave way to stadium gates slamming shut, they squeezed in three T20 games against Afghanistan in India – losing the first two and tying the last after winning the Super Over. When cricket resumed in July, they led the way by touring England. True to form, they lost the first two ODIs before winning the third in style – the first time they had ever beaten England on English soil.

Their problem is that as the pandemic drags on, the bigger fish will bend over backwards to face each other and may well forget about the minnows. Ireland should be back in action next week, when they play the first of seven ODIs in UAE – four against their hosts, followed by three against Afghanistan. After that, their diary is as blank as yours or mine. A glance at the ICC’s timetable of Future Tours from 2018 suggests the pandemic has already cost Ireland five Tests, which is a high price to pay when you have played only three in your history.