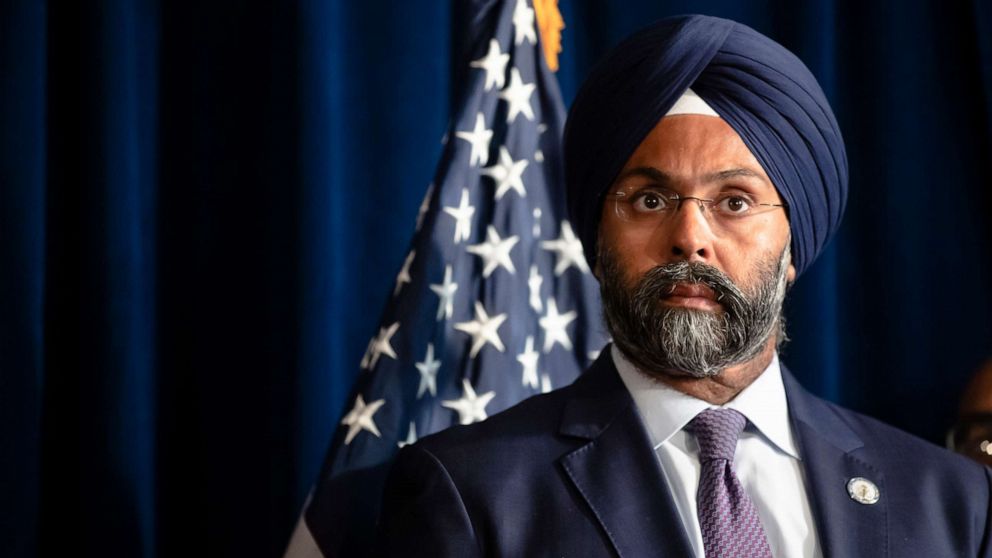 “Our goal is to equip every officer with the tools to avoid or minimize use of force when it can be safely done, and to create a culture where officers intervene, as required, if their fellow officers engage in improper conduct,” said Thomas Eicher, director of the New Jersey Office of Public Integrity and Accountability (OPIA), the agency within the attorney general’s office in charge of overseeing corruption and misconduct in the criminal justice system.

This new policies comes after protests demanding police reforms erupted around the country last summer in response to the killing of George Floyd in Minneapolis police custody.

The office is also establishing a use-of-force database to be used for analysis, as well as requiring two days of use-of-force training for all New Jersey law enforcement officers, according to a news release.

The new policies also include a prohibition on officers firing at vehicles and a stricter vehicle-pursuit policy.

“We committed to making New Jersey a national leader in policing reform, and today’s actions deliver on that promise,” Attorney General Gurbir Grewal said. “We are building on the important work already underway in the state’s best police departments and establishing a new standard of excellence across the Garden State. But these changes are about more than just reducing unnecessary use of force by law enforcement. We are also restoring the public’s trust in the work we do—which, in the long run, makes law enforcement more effective and everyone safer.”

In an interview with ABC News, Grewal said he was specifically inspired to make the changes after a local newspaper compiled police use-of-force data from around the state, and he wanted to create a database where “we could and hold officers accountable, accountable if they ran afoul of our rules.”

The new policies will focus on seven principles, including establishing that deadly force should only be used as a “last resort,” building on a pre-existing policies that law enforcement officers must use a clear warning and show that “reasonable” use of force was justified.

Another principle establishes a “duty to intervene,” which states that regardless of rank, an officer has a duty to intervene if they see another officer using any illegal or excessive force.

The previous set of policies was implemented by the attorney general’s office in 2000. Grewal said the reason for the update is that “a 20-year-old policy doesn’t reflect best practices, doesn’t reflect who we are as the state, and doesn’t reflect our values as a state.”

“If you look at our 20-year-old policy, it only speaks of use of force. It doesn’t even have the word de-escalation,” he said. “It doesn’t reflect best practices. So, we wanted to create an entirely new framework for law enforcement citizen interactions, one in which, as our policy states, the number one objective before you can talk about using force is how do we preserve the rights and liberties of our residents? How do we preserve their dignity? And how do we uphold the sanctity of human life? That’s where we start before we start talking about force and where do we go from there.”

Grewal said the new policy was created with a great deal of input from state and local law enforcement leaders and faith leaders and that the attorney general’s office expects initial statistics from its new database will be available in the first quarter of 2021.

Advocates for the change, including the New Jersey Chapter of the American Civil Liberties Union, said that the new policies are a good first step in implementing police reform.

“This framework, if implemented effectively, could serve to avoid tragic outcomes and protect fundamental rights, particularly in Black and brown communities which often are the subject of over-policing,” Amol Sinha, the group’s executive director, said in that press release.

Richard Smith, NAACP New Jersey president, said that these reforms are a good place to start on police accountability.

“Establishing a rigorous statewide policy focused on reducing use of force is an important step forward to achieving police accountability,” he said. “We support the guiding principle that officers must make every effort to preserve and protect human life and the safety of all persons and never deploy force in a discriminatory manner.”

Chuck Wexler, executive director of the Police Executive Research Forum whose group helped develop some of the mandatory situational use of force training officers will go through, said that New Jersey’s measures are an important step in implementing consistent policing guidelines across the state.

He said it is “significant” that the new policy includes Integrating Communications, Assessment, and Tactics (ICAT) training. According to the Police Executive Research Forum’s website ICAT “is a use-of-force Training Guide designed to fill a critical gap in training police officers in how to respond to volatile situations in which subjects are behaving erratically and often dangerously but do not possess a firearm.”

“They will be the first one of the first states in the country to train their all New Jersey police ICAT,” Wexler said.

“It’s not enough to simply put forward new policies, which are very good,” he added. “It’s also equally important to provide officers with the training that will help them implement those policies. Too many states, too many jurisdictions, simply adopt a new policy with no training. And that can be a recipe for disaster.”

Wexler said that New Jersey could be a model for the country.

“So, what the New Jersey attorney general is doing is creating consistency in their policies on use of force and additionally providing training that goes with it,” he said.