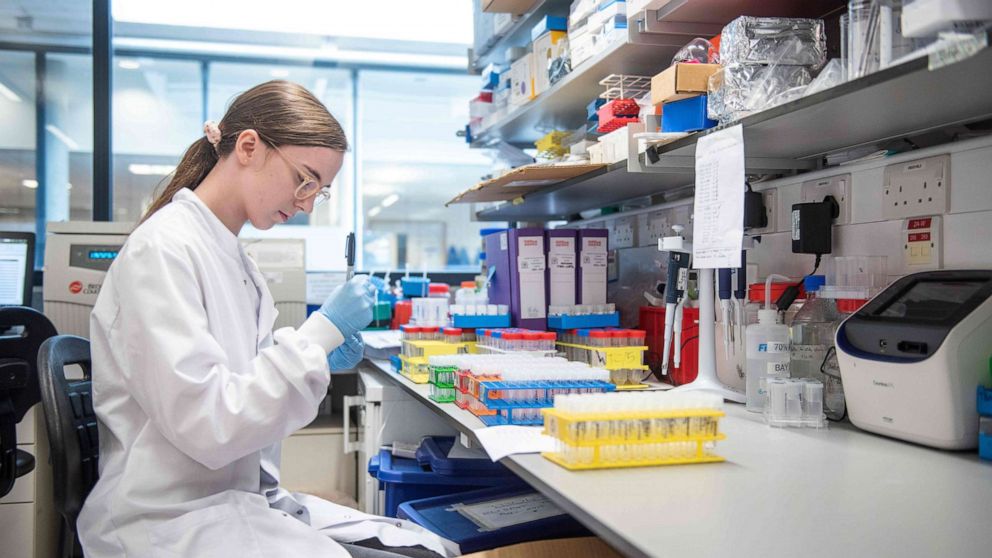 LONDON — The United Kingdom became the first country in the world to authorize the Oxford University/AstraZeneca COVID-19 vaccine for use on Wednesday, and the government will adopt a new vaccination strategy focusing on giving as many people the first dose as possible.

“The Government has today accepted the recommendation from the Medicines and Healthcare products Regulatory Agency (MHRA) to authorise Oxford University/AstraZeneca’s Covid-19 vaccine for use,” a spokesperson for the British Department of Health and Social Care said in a statement on Wednesday. “This follows rigorous clinical trials and a thorough analysis of the data by experts at the MHRA, which has concluded that the vaccine has met its strict standards of safety, quality and effectiveness.”

The authorization comes at the end of a month when the U.K. also became the first country to authorize the use of the Pfizer vaccine, which has since been authorized by both the U.S. and EU.

In a change in the government’s strategy to administer vaccinations, the rollout of the Oxford/AstraZeneca vaccine and the Pfizer vaccine will follow a new approach advised by the U.K.’s Joint Committee on Vaccination and Immunisation (JVCI) that prioritizes widely administering the first dose.

“Having studied evidence on both the Pfizer/BioNTech and Oxford University/AstraZeneca vaccines, the JCVI has advised the priority should be to give as many people in at-risk groups their first dose, rather than providing the required two doses in as short a time as possible,” the spokesperson said. “Everyone will still receive their second dose and this will be within 12 weeks of their first. The second dose completes the course and is important for longer term protection.”

Several experts have said that the new approach could help get more people vaccinated in a shorter space of time.

“In my view the evidence for delaying the second dose of vaccine to enable as many as people as possible to receive the first dose sooner this is clear,” said Paul Hunter, professor in medicine at the University of East Anglia. “I have no doubt this decision will save many lives. But everyone will still need a second dose eventually to ensure that the protective effects of these vaccines lasts.”

Stephen Evans, professor at the London School of Hygiene and Tropical Medicine, said the move was a “sensible” one.

Scott Gottlieb, the former head of the U.S. Food and Drug Administration and Pfizer board member, told USA Today earlier this month, “I feel very strongly that we should get as many shots in arms as possible, right away. The reality is that one dose is partially protective.”

Margaret Keenan, the first person to receive a COVID-19 vaccine outside of clinical trials in the West earlier this month, had her second dose of the Pfizer/BioNTech vaccine administered at a hospital in England on Tuesday.

The lead researchers behind the AstraZeneca vaccine at the University of Oxford welcomed the news as a “landmark” moment.

“Though this is just the beginning, we will start to get ahead of the pandemic, protect health and economies when the vulnerable are vaccinated everywhere, as many as possible as soon possible,” Andrew Pollard, professor and chief investigator of the Oxford vaccine trial, said in a statement. According to the Oxford vaccine group, the newly authorized vaccine is “stable, easily manufactured, transported and stored at domestic fridge temperature,” which means it is “able to be deployed very rapidly.”

While clinical trials published in The Lancet have shown the AstraZeneca vaccine to be 70% effective, compared with the Pfizer and Moderna vaccines, which both have an efficacy of more than 94%, each of those require colder temperatures than AstraZeneca/Oxford: The Pfizer vaccine requires a special freezer that keeps it stored at -94 degrees Fahrenheit. and the Moderna vaccine can be stored at a regular home freezer temperature.

“This vaccine is particularly exciting as it can be easily administered in existing healthcare systems around the world, stored at fridge temperature and can use existing delivery mechanisms,” said Dr Jeremy Farrar, the director of Wellcome, a medical research charity based in London.

As part of their joint partnership with AstraZeneca, the university has said the vaccine will be available on a nonprofit basis across the world — and reportedly at a lower cost. Based on various agreements with distributors, the Oxford vaccine is available at $2.50 per dose, compared to $20 for the Pfizer vaccine and between $15 and $25 for the Moderna vaccine, according to The Associated Press.

AstraZeneca also has an agreement with the Serum Institute India to produce up to 1 billion doses of its vaccine to the world’s lower-middle and low-income countries.

“The availability of large numbers of doses both in the U.K. and, via various funding mechanisms, for lower-income countries is of enormous importance,” Evans said.

The authorization comes as the number of people in England this week hospitalized with COVID-19 surpassed the peak of the first wave in April, and the U.K. posted record numbers of daily coronavirus cases.