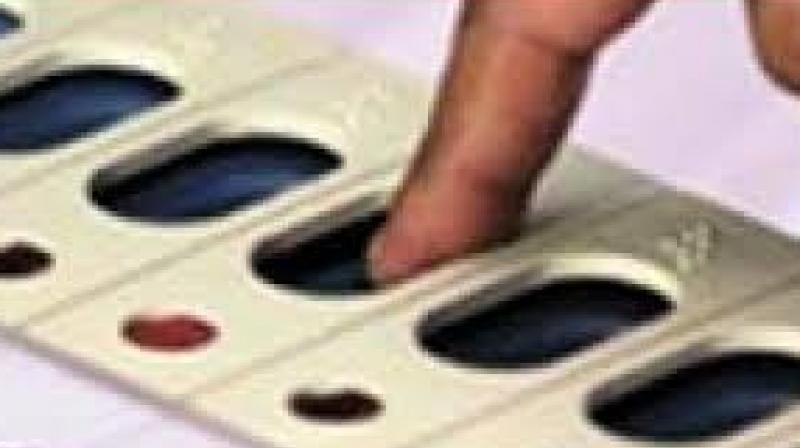 This is in view of reports that the Congress might field senior leader K. Jana Reddy or his elder son Raghuveer Reddy for the bypoll and considering the setback the TRS got in the Dubbak byelection.

Sources in the TRS said that pressure was being exerted on the leadership to field a candidate from the Reddy community so as to give a tough fight to the Congress. The family of Jana Reddy has considerable influence in the constituency though he had lost the 2018 elections by a margin of 7,000 votes.

In the Dubbak byelection, the TRS had fielded the wife of late Solipeta Ramalinga Reddy. If a bereaved family member of an MLA from the backward community is not fielded in the bypoll, it will give scope for criticism the party is discriminating against the BCs.

Sources in the party say that in the event of Bharath not willing to contest the bypoll, the party will likely consider fielding Rajya Sabha member Badugula Lingaiah Yadav.

The fight will be between the Congress and the TRS as Nagarjunasagar has little of BJP presence. The BJP has not contested the 2014 election from this segment. In the 2018, its candidate K. Nivedita Reddy got just 2,682 votes and finished the race fourth even though some BJP Union ministers had pitched in for the campaign.

While there were reports that Jana Reddy may join the BJP, he was quick to scotch such rumours.

Is Roger Stone the unlikely herald of a new religious right?

The Trump-Bernie alliance that could have been