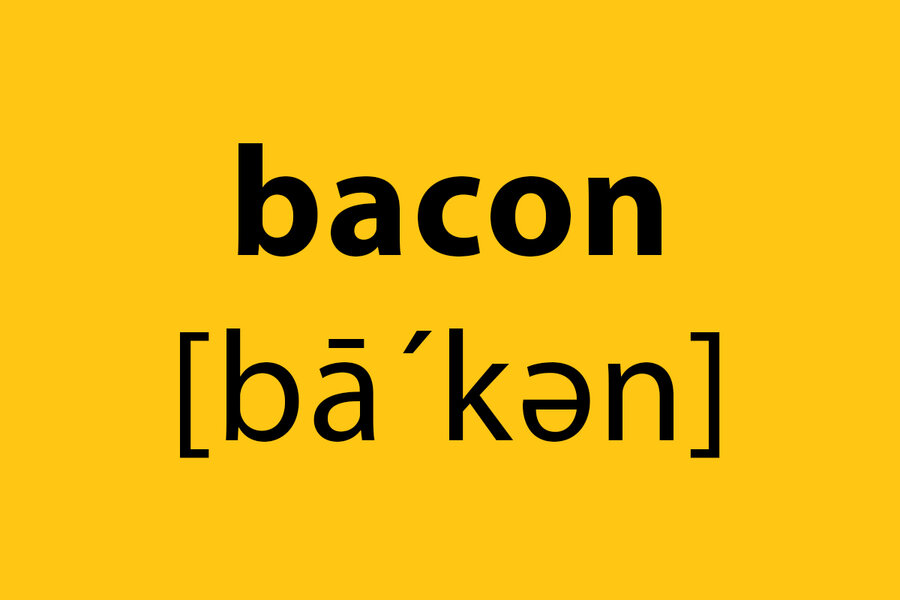 The idiom “in apple pie order” certainly wasn’t inspired by pies like mine. The ones I make have uneven edges, are filled with roughly sliced apples, and rarely have a pastry cover. (The British would call them tarts; by contrast their pies are completely encased in pastry.)

Was this expression, which first appeared in 1780, based on pies made to more exacting standards? English is full of odd food idioms: Why does “bring home the bacon” mean “earn the money that is needed to live”? And what is so bad about sowing wild oats?

The most common etymology of our first idiom holds that bakers created pies that were so beautifully arranged – the apples evenly sliced, the crust neatly edged – that their desserts became a byword for perfect order. Victorian etymologists scorned “such a homely origin,” and posited instead that “apple pie” was a corruption of cap à pie, Old French for “from head to foot” and used in English to describe the “perfectly appointed” armor and weapons of a knight. The most likely explanation is domestic but not pie-related: It comes from the French nappe pliée – as neat as “folded linen.”

No one knows how bacon became associated with money, but etymologists have had lots of fun speculating. County fairs, one story posits, featured races in which people chased after a greased pig. Whoever caught the slippery animal won a prize and was said to “bring home the bacon.” Another version attributes it to a custom once practiced in England. A “flitch of bacon” (an unsliced side) was awarded to couples who could swear that in their first year of marriage, they had never repented of their choice of spouse. Etymologists now take the view that the idiom is a 20th-century invention: It appeared in a 1906 telegram from the mother of boxer Joe Gans, who urged her son to win a fight and “bring home the bacon.” Sports writers loved this turn of phrase, and it was soon in newspapers across the country.

Wild oats (Avena fatua) are a different species from the ones we eat (Avena sativa), as I discovered when researching the origins of “to sow one’s wild oats.” The Oxford English Dictionary defines the phrase as “to commit youthful excesses or follies,” which sounds quaint rather than reprehensible. When the idiom was first used in the 17th century, however, people were more familiar with wild oats. They are pernicious weeds that have no value as a crop and that, once sown, are nearly impossible to eradicate – they keep coming up.

“Sowing one’s wild oats,” then, was originally a much more serious issue, implying that a young man was not only not doing anything productive, but he was also setting himself up for a pattern of dissolution that would be hard to break.